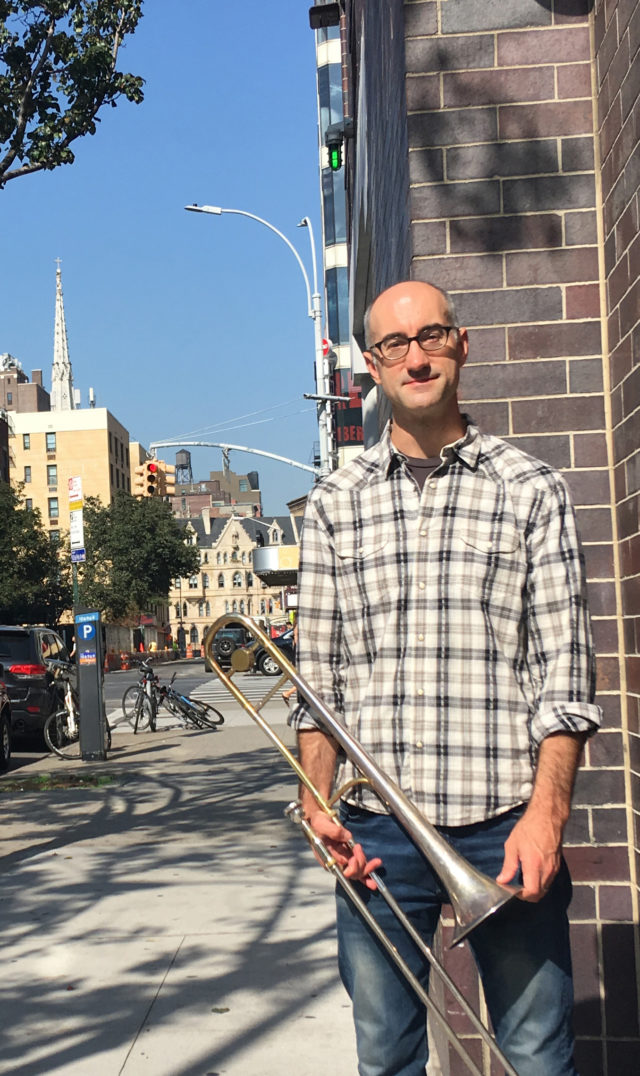 Alan Ferber is a Musician of New York.

Alan is a trombone player, a jazz musician, and a composer who has traversed nearly every music scene imaginable. Currently, he is active as a recording artist, sideman, university professor, and performer at out-of-town jazz festivals and university residencies. As a father to a young son, his focus is now on writing and performing his own music and spending as much time outside with his family as he can. Although New York is an increasingly unaffordable place for artists to survive, Alan sticks around because he admires and thrives on the community of musicians who live and work here.

“When I show up to a gig, I know the level will be really high and that I’ll probably meet someone who will blow me away. I think that can scare a lot of people away from New York, but it always fuels me to stay. I don’t get intimidated as much as I get inspired. I still feel like there’s a lot of room for me to grow being in the New York City music community. And for me, music has always been about getting better, improving, and growing.” #MusiciansofNewYork