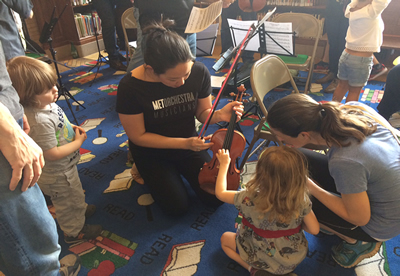 We are the Associated Musicians of Greater New York, American Federation of Musicians Local 802, the largest local union of professional musicians in the world. We unite to fight for the common interests of all musicians by advancing industry standards that dignify our labor and honor and enrich our art. We seek to organize a community of all musicians and aspiring musicians, and we reach out to all who share our interests and our passion. We are committed to upholding the integrity of live musical performance and to advancing the vital role of music in education, and in the economic, cultural and social life of our community and beyond. We advocate for economic and social justice for musicians and for society as a whole.

We are the largest local union of professional musicians in the world, comprising a diverse community of musicians of all styles, types, and backgrounds, from the Orchestral stages of the Metropolitan Opera and New York Philharmonic, to the pits of Broadway, the sound stages of the late night T.V. shows, recording studios and clubs, restaurants, bars, hotels, and venues across the five boroughs.

As the largest local union of professional musicians in the world. We unite to fight for the common interests of all musicians by advancing industry standards that dignify our labor and honor and enrich our art. This includes organizing groups of musicians who desire fair representation and collective strength, representing musicians in contract negotiations, helping musicians gain access to health care and pension benefits, working with our elected leaders and government to pass legislation that supports the arts and our industry, and providing resources to help support individual musicians and careers.

The ultimate goals of our union are to uphold the integrity of live musical performance and to advance the vital role of music in the economic, cultural, educational and social life of our community and beyond.

Musicians who perform and work in freelance orchestras, ballets, and opera companies frequently find themselves working under contracts administered by the Concert Department, which is responsible for negotiating and administering more than 20 freelance ensembles. Groups such as The American Symphony Orchestra, the New York Pops, Stamford (CT) Symphony, the Mostly Mozart Festival Orchestra, and American Ballet Theater fall under this department, as does the Music Performance Trust Fund.

The department strives to ensure that musicians have every opportunity to thrive, are paid fairly, receive health insurance and pension contributions, work under safe working conditions, and have some measure of job security. With several decades of combined experience as both working musicians and labor leaders, the Concert Department works closely with orchestra committees to determine what works best for their orchestra members. Whether it’s a pit orchestra for a ballet or opera, a full symphony orchestra concert at Carnegie Hall, or a small chamber ensemble in a church or nursing home, the Concert Department takes care of business so you can perform at your best.

Whether on Broadway or off, if you are a musician who has been hired to perform in an orchestra or band for a musical or play, the Theatre Department of Local 802 should be your first stop.

Local 802 is highly committed to the process of developing new works for the theatre. As such, we are dedicated to getting as many developmental projects under contract as well. These developmental projects take the form of readings, labs, or workshops and typically are used by the creative teams to help develop a new show to prepare for a professional production.

These contracts allow musicians who are working or performing on a non-repeating engagement to receive fair wages, health, pension contributions, and other union protections. Please sign in to the member portal for current wages scales and benefits.

The Teaching Artist department represents professional teaching artists who work in New York City Schools. This Agreement is between Local 802 and the Council for Living Music, and can be used to ensure that teaching artists are paid fairly and provided with health, pension, and other union protections.

The Recording Department, also known as Electronic Media Services, administers and processes agreements and contracts pertaining to the recording and exploitation of music in digital media. Musicians in this field perform on recordings, both in studio as well as live performances that are recorded. They perform on film and video game scores, live and pre-recorded television shows, commercials for television, radio, and Internet, and album tracks, to name a few. Moreover, whenever a piece of music is used in a new broadcast medium outside of its original usage, musicians are paid a “new use” fee as well as additional benefits. AFM musicians also receive payment when their music is licensed for use in other formats, called “supplemental markets,” such as a network television program sold into syndication on basic cable, or a theatrical motion picture distributed to home video.