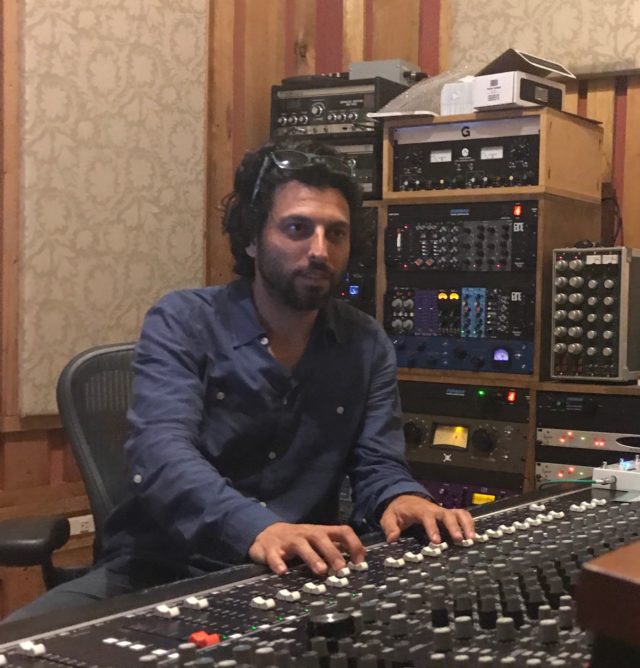 an is a Musician of New York.

Brooklynite David Freeman never considered working as a musician anywhere but this city in which he has endless opportunities for collaboration with other artists. To make a living as a percussionist, he splits his time between performing in the jazz-based Outer Bridge Ensemble, collaborating as one half of The Biryani Boys on a performance video series, and teaching at after-school arts programs for underserved communities and at-risk youth. Outside of work, he volunteers with Badass Brooklyn Animal Rescue and has been politically involved in the resistance to the Trump administration at the local level. Although he’s had numerous invaluable experiences as a career musician in New York, he’ll never forget entering Mike Myers’ apartment for the first time and making him laugh as David and his musical partner workshopped the songs they arranged for Myers’ one-man show and eventual feature film The Love Guru.

“If you’re pliable and flexible or open enough, you can find your way to making a profession out of being a musician or an artist in New York. But it shouldn’t be confused as being this glamorous profession, because it’s not. My biggest challenges are financial. Having access to resources so making my work doesn’t have to come at the expense of paying rent or putting food on the table or going to the doctor or affording health insurance, things like that. So it’s not this golden cup, but if you’re creative and that’s what your calling is, you can certainly find meaningful opportunities for yourself here in New York.” #MusiciansofNY