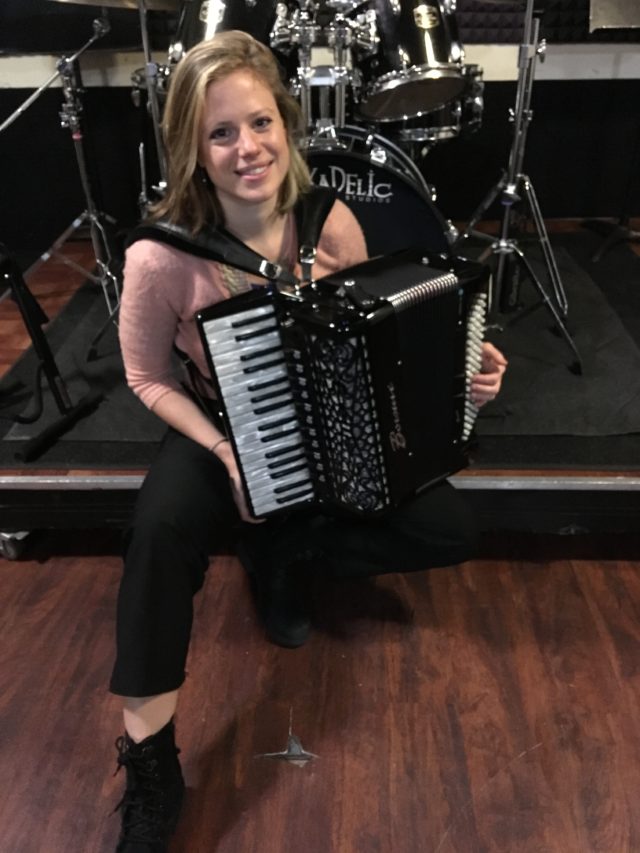 Mary Spencer Knapp is a Musician of New York.

Mary loves playing the accordion because it fits into so many diverse genres of music. She writes, records, and performs songs with her cabaret soul project, Toot Sweet. She spent nine months playing accordion in the ensemble of Natasha, Pierre & the Great Comet of 1812 on Broadway. Now, she is focused on recording her band’s newest album and developing a comic web series about her journey as a musician, from starting a band to inadvertently making it on Broadway.

“Great Comet was the most intensely physical thing I’ve done and, despite sustaining a serious injury on the job, it made me want to do more physical work. I really love performing solo because I can interact directly with members of the audience, and Comet was the same kind of thing. That type of performance is rewarding, but also tough. It definitely makes you push beyond into realms you didn’t think you’d be in as a performer.” #MusiciansofNY