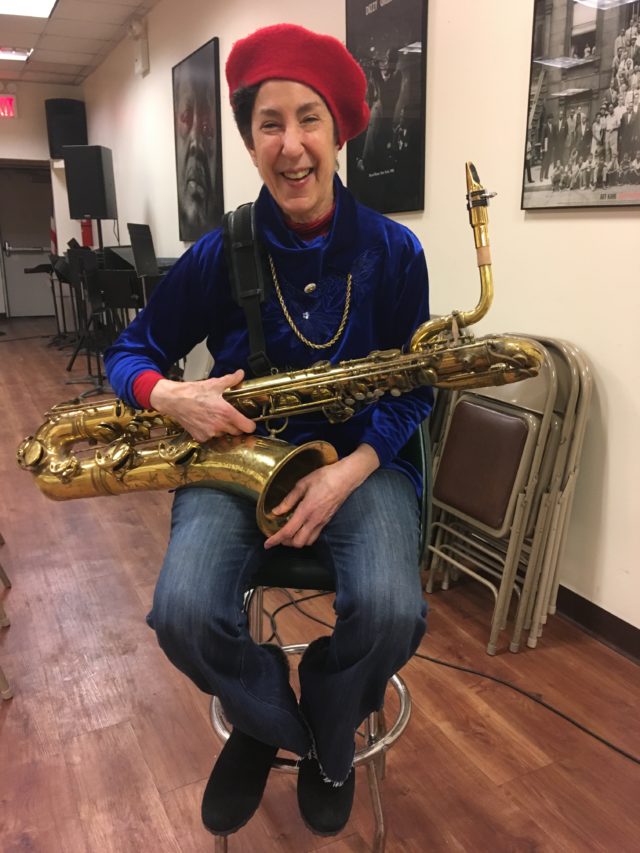 Carol Sudhalter is a Musician of New York.

Carol plays flute and saxophone, performing mainly on baritone and tenor sax. She moved to New York after she was accepted to Latin Fever, the first all-female Latin band, and has lived here ever since. These days she mainly performs jazz and big band gigs, although she likes to play classical gigs on flute, like weddings, when she can. Carol also teaches private lessons. Outside of musical work, Carol loves learning foreign languages. She does occasional book translations, and when she needs to unwind, a romantic foreign film always does the trick.

“When I started playing jazz in the ‘60s, it was less accepted to be a female player, and that was a challenge. I think that for a while, any time anybody looked askance at me or called me a ‘chick’ or anything negative like that, I believed them instead of myself. I finally joined a band once I saw another female sax player playing in a band.” #MusiciansofNY