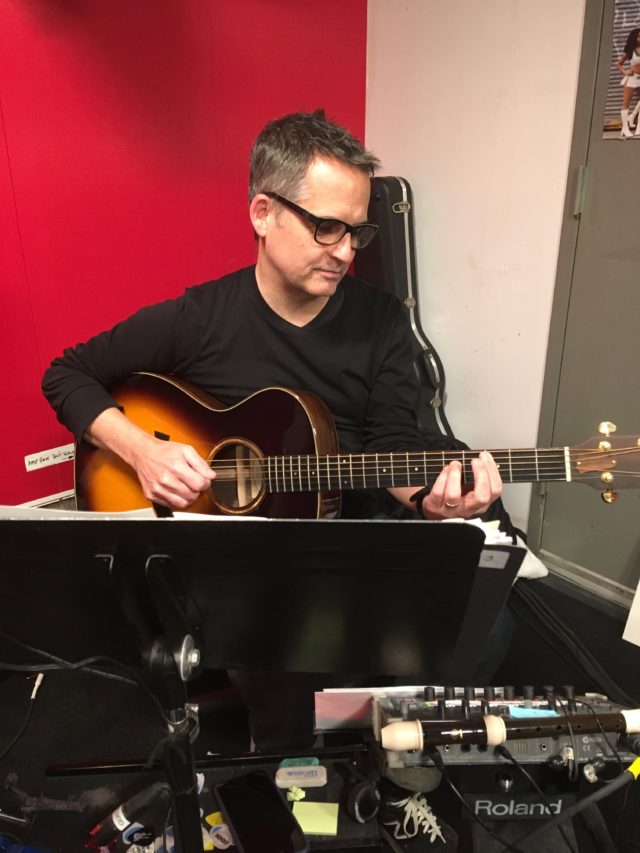 Jeffrey Lee Campbell in the School of Rock pit.

Jeffrey Lee Campbell is a Musician of New York.

Jeffrey has been playing guitar from the pits of Broadway for the past 20 years, including the entire 14-year run of Mamma Mia! and the three-year run of School of Rock. Prior to his Broadway days, Jeffrey spent time freelancing, playing weddings, and touring with pop acts. In 2018, he published “Do Stand So Close,” a book about his experiences on the road with Sting. Jeffrey also produces, mixes, and composes out of his home studio. He has been a resident of Hell’s Kitchen for his entire tenure in New York. For many years, his two-minute walk to the Winter Garden Theatre six days a week may have just be the shortest commute in NYC!

“I came to New York to be around the best musicians I could be around, and it has not disappointed. Honestly, people do not realize the level of talent in this city. It’s exciting just to be one of the New York musicians. It’s not about being a star or being on the cover of Rolling Stone, it’s about being a worker in the business. The real challenge now is that in many ways the business continues to shrink. With technology and industry pressures, live music is under threat. There are a lot more deserving musicians in New York than there are performance opportunities that pay well.” #MusiciansofNY