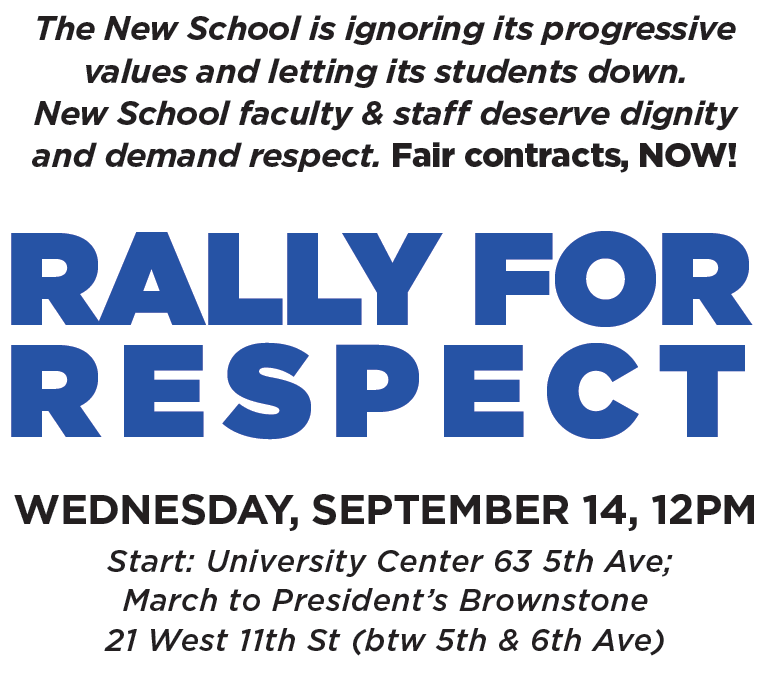 Local 802’s New School jazz faculty and other on-campus unions will participate in a Rally for Respect with LIVE MUSIC on Wednesday, September 14 at 12 noon at the New School University Center. Start at 63 Fifth Avenue (between 13th and 14th Streets).

Jazz musicians and other union workers chose to build their careers at the New School due to its bold, progressive history, its stance against autocracy, and its deep roots in human dignity. But instead, they’ve encountered an employer that has strayed very far from the founders’ sentiments. The Rally for Respect speaks to the very philosophy on which the New School was founded — namely, the integrity of working people.