Rally with us on Day 2 of live TV negotiations, with a band of live TV musicians, on Tuesday, July 10 at 12 PM. We’ll be at Columbus Avenue and West 66th Street. RSVP to the week of action here.

Musicians who perform under the AFM live TV contract are not paid when they appear on ad-supported streaming, even though other performers are paid. After 18 months of negotiations, in December the networks finally agreed to discuss paying musicians for ad-supported streaming. As we return to the negotiating table, musicians and our allies are coming together to show the networks that we will continue fighting to ensure musicians are paid fairly! 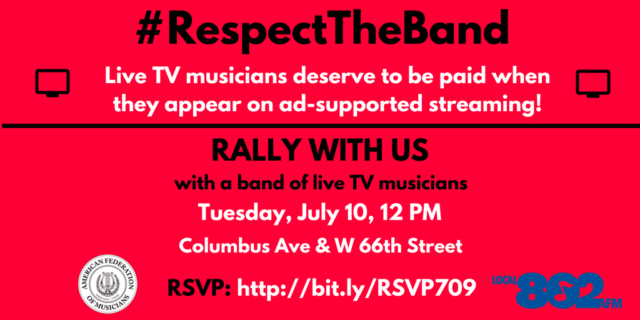