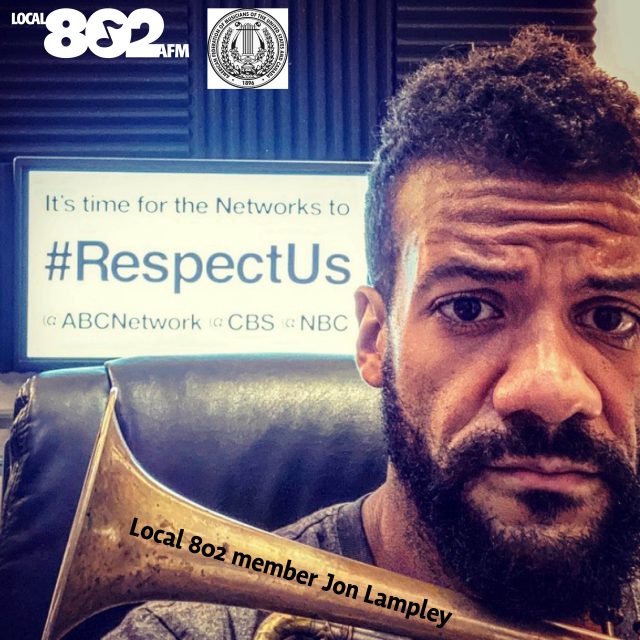 Today, as we enter the next round of negotiations for the AFM Live TV Musicians Contract with the networks, musicians playing under this contract are stepping up efforts to secure a fair contract, gain parity, and end structural racism.

Musicians are the most diverse department on live TV shows. The networks put musicians on camera to showcase that diversity, yet they insist musicians aren’t talent and are only paid according to “historical ratios.”

While streaming residuals are granted to actors, singers, writers and others in the industry, major TV networks are excluding musicians from their fair share and significantly lowering musicians’ overall pay.

This campaign is about ALL musicians being treated equally and with respect. Streaming revenue is an issue of huge importance for musicians in every sector. Hundreds of New York musicians freelance on Live TV every year.

The outcome of this contract will set a precedent that will affect us all. That’s why this campaign is a joint project of the AFM and Local 802.

In solidarity,
LOCAL 802 and the AFM