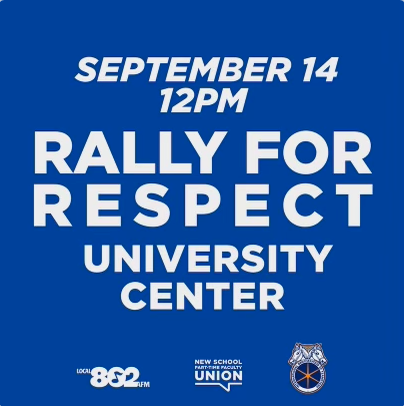 Local 802’s New School Jazz Faculty will hold a Rally for Respect with LIVE MUSIC and other on-campus unions (UAW and Teamsters) on September 14th, 2022 at 12 noon at 63 Fifth Avenue. Come support your brothers and sisters!
“…..We chose to build our careers at The New School due to its bold, progressive history, its stance against autocracy, and deep roots in human dignity. But instead we’ve encountered an employer that has strayed very far from the founders’ sentiments. The Rally for Respect speaks to a major issue The New School was founded on, namely, the integrity of working people. It’s due time for lasting labor peace, honest and open negotiations, and fair contracts!”
In Categories: News