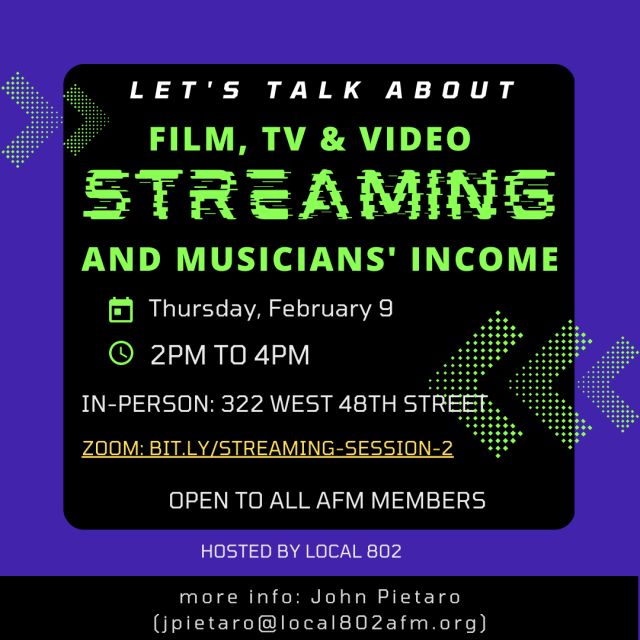 You’re invited to a special info session on Thursday, Feb. 9 at 2pm (both in-person and Zoom) to discuss film/television streaming and your future.

Join us Wednesday, November 2nd, to get answers to your film/TV streaming questions and learn how we can unite to finally win streaming residuals.