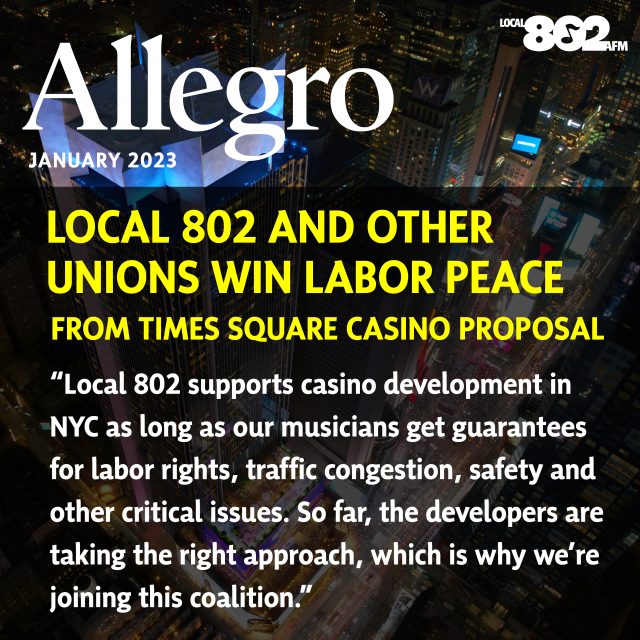 In a bid slated to bring new opportunities for our members, the developers of a proposed casino and hotel in Times Square have signed labor peace agreements with Local 802 and other unions, including Actors’ Equity. By joining a coalition of stakeholders in labor to support this project, Local 802 intends to make sure that developers follow through on their promises to address fundamental concerns like workers’ rights, traffic, congestion and safety.

As Local 802 President Tino Gagliardi wrote about casinos in Allegro in 2013, “It remains my opinion that we can do a lot more for musicians by being on the inside of this process — with a seat at the table — rather than on the outside, throwing rocks at it.”

Those words are still true today. Local 802 supports this proposal because it gives us an opportunity to build a relationship with the casino developers before the project is off the ground, including the chance to enforce promises of labor peace, union neutrality, safety, and traffic remediation, among other issues. If we ignore this opportunity, we lose the ability to best represent our members’ concerns.