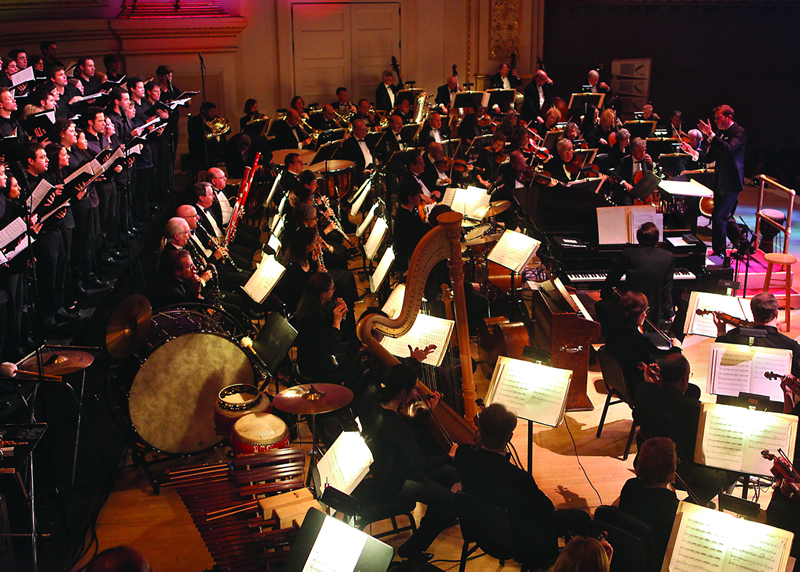 As Allegro went to press, musicians were casting their ballots on a new contract between Local 802 and the New York Pops.

The gains in this contract were made in non-economic areas. Wages will be frozen at current rates ($252 per performance and $50 per rehearsal hour).

However, there will be a mandated pension increase on April 1, 2011, bringing the pension rate to 16.35 percent due to the pension rehabilitation plan requirements.

During the term of this agreement, there is a waiver of the attendance requirement.

Substitute violinists will be seated behind tenured violinists in their respective sections. After a specified period of time an evaluation will be made to assess this seating arrangement.

When using 14 or fewer musicians, a chamber premium of 20 percent will be paid to those performing musicians.

New language in the contract now states that the employer agrees to be bound by the provisions of the agreement and declaration of trust establishing the Local 802 Musicians Health Fund, as it may be amended from time to time, which is incorporated by reference into and made part of this agreement.

Finally, if and when the employer’s financial position improves, the employer will endeavor to employ a string complement of 14 first violins, 12 second violins, 10 violas, 8 cellos, and 6 double basses for Carnegie Hall subscription concerts, provided that there are no logistical issues that would prohibit putting the full complement of strings on stage.

In the past, agreements have had a three-year term. However, due to the current economic recession, this agreement is for one year, expiring on Sept. 11, 2011.