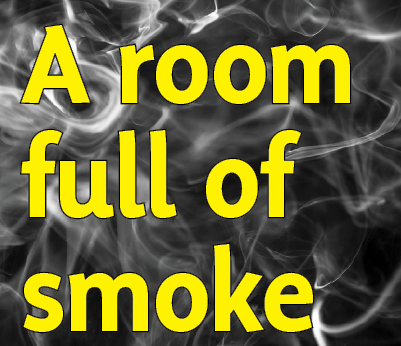 “Peppi’s Cabin in The Woods.” Sounds lovely, doesn’t it? Nature, quiet, the gentle waves of the lake lapping against the shore. Well, more of a pond, really, but hey, still lapping.

Temperatures were typically frigid for the season, the branches of the trees bending under the weight of a wet snow. We were playing a Christmas tour, and this was the second hit on a 16-date string of one-nighters through Austria and Germany.

The dirt road leading to the cabin should have been a dead giveaway, but none of us wanted to dismiss this place out of hand just because you had to drive down the middle of nowhere to get to it. From the outside it didn’t look too bad. A bit shabby, the paint peeling from the boards, plunged into the soggy ground like a cork. Supposedly it was an inn, and it did have a couple of cars parked outside.

Local inns are a common sight in rural Austria. Watering holes for the community where a mason or a farmer may get his first Halbe beer at 10 a.m. and break for a smoke, they are a vital part of the bedrock of society.

The chimney was puffing away above us, all of which could have portended a sense of home and comfort. Except it didn’t.

When Walter opened the front door, a plume of smoke wafted out into the early evening. As I stepped over the threshold, I was engulfed by the silence of abruptly ended conversations and the quaking of eighties Europop out of tinny speakers. Cigarette smoke hung over the room like a wet blanket, and I felt more than saw the stares of an assembly of leathery beings inside.

Peppi, the owner, ambled out of what I presumed to be the kitchen and grabbed everybody’s hand, as was custom in rural Austria. His clothes had been washed into oblivious hues of gray, his sticky hair slicked back into the classic ‘middle aged man-do’ sported by anybody with access to a comb.

“We’ll stop smoking once the concert starts,” he said, gesturing vaguely around the starkly furnished room. Flakes of ash were flying from the half-smoked cigarette in his hand.

My heart sank. Opening a couple of windows into the wintry night five minutes before the concert would not even begin to fix the air quality problem here. Already I felt the encroaching vibes of hostility, a side product of the defensiveness heavy smokers fall back on whenever they are asked to lay down their beloved cigs in my name.

A set of deer antlers on the wall seemed to look down on me with a doleful hollowness. A once proud animal roaming through these very woods, now reduced to mere decor to enhance the “rustic” feel of the inn. I felt for the beast, the last remnants of its brutal death covered in a film of dust and ash.

I knew that I couldn’t stay here and not suffocate or lose my voice, or both. I have asthma, and that kind of toxic air was not going to help my breathing. But we had driven all the way here to do our job, and I’d be damned if I was going to be the one who said no, on the second gig of the tour, no less. If I didn’t make it out alive, the headstone on my grave would read, “She died a true professional.”

After what appeared to be the adequate time allotted to the silent vibing of newcomers, the patrons resumed their mumbling and rumbling, puffing on undeterred, chapped hands wrapped around their beer mugs, once more disappearing into a blue-hazed cloak.

I tried to breathe as little as possible. Shallow breaths, in and out, in and out. Tiny sips of poison during set-up and sound check. When it was time to get dressed and do makeup I was shown to a bathroom outside the cabin, more or less an outhouse with electricity and running water. I locked the door behind me and changed into my stage clothes. Sponged on a thin layer of foundation. Debated to mascara or not to mascara. Fumbled for my blush brush, rummaged through my makeup bag to locate the lip liner. Filled in the lips with a dark red color. And…just stayed there.

The space heater whined and struggled on against the cold while I simply stood in that tiny room, in full stage get-up, feet icy, humming to myself like a lunatic to keep my voice warm. For a full 90 minutes.

When show time rolled around and I got back into the cabin, nobody in the band said a word. Nobody asked where I had been. I saw a couple of stragglers snuff out their cigarette stubs in the overflowing ashtrays. True to the innkeeper’s word, the smoking stopped. The blue haze, however, continued to cling to the rafters.

The guys were ready to go, and so we went. I sang a two-set show without suffocating or coughing into the microphone or running into the woods and certain death by boar. The very second the last notes of the encore faded away, cigarettes were popped back into the calloused indentations on wrinkled lips, yellowed fingers flicked on bic lighters, lungs expanded with the fresh flow of nicotine-saturated air.

The natural order of things was restored. Disruptive jazz musicians ejected from the world of Peppi’s regulars as the smoke closed the gap we had briefly cleared.

All was as it had been before.

As if we had never even been there.

Originally from Austria, Elisabeth Lohninger has been a touring jazz vocalist for over 20 years. A member of Local 802 since 2002, Elisabeth moved to New York in 1994 to pursue music. In her book “Singer’s Survival Guide to Touring” (from which the story above is excerpted), she pulls back the curtain on what it takes to have a vocally successful tour. Culled from 20 years’ independent touring experience, the book discusses the nuts and bolts of healthy touring that leaves singers with both their voice and their bodies, minds and spirits intact after a tour. A second section includes stories from the road. Darkly funny, self deprecating and disarmingly honest, the stories range from the mundane (vacuuming the hotel hallway at 6 a.m. is a hotel rule!) to the existential (voice? what voice???). The book is informative, laugh-out-loud funny and heart-breakingly real. Elisabeth continues to tour internationally and perform in local jazz clubs. She also teaches jazz voice at the New School.

Local 802 members who want to share their own “tours from hell” or any other music stories may e-mail Allegro@Local802afm.org.