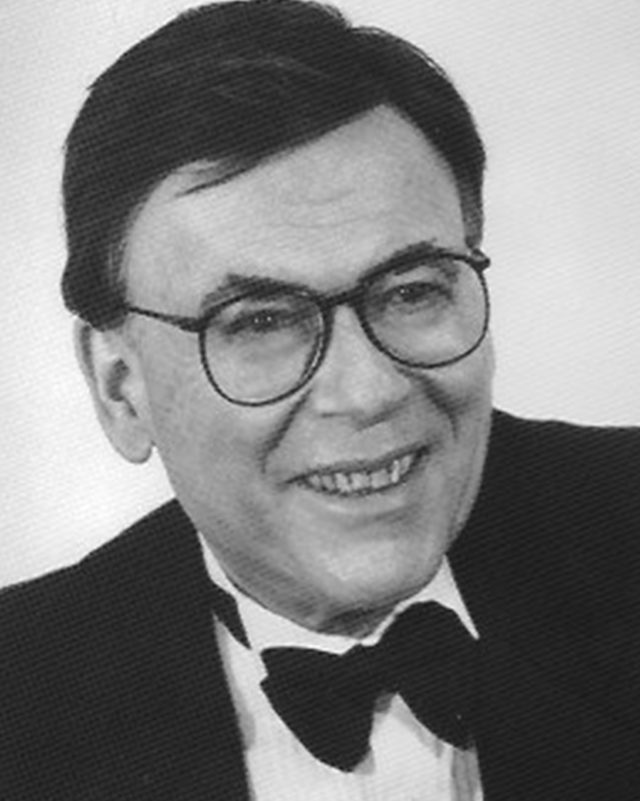 Al was born on April 27, 1929 in Brooklyn, the son of Florence and Izzy Weinberger. After graduating from Brooklyn Technical High School, he earned his bachelor’s degree in psychology from Baruch College. As a teenager studying music, he played the saxophone, performing with a small group in the Catskills during the summers. But the musical instrument that he came to pursue most avidly was the accordion, followed by piano, engaging in dedicated and rigorous practice that eventually led to mastery of both instruments.

In 1953, Al married a professional singer and dancer, Barbara Levine. The couple led a busy life raising two children while working nights with popular bands and orchestras at private events such as weddings, bar mitzvahs and other types of parties throughout New York City. As was the custom with many Jewish and Italian professional musicians in the 1950s, Al simplified his last name – from Weinberger to Warner.

After more than a decade in the music business, Al returned to school and earned his M.S. from Long Island University, followed by a Ph.D. in psychology from Yeshiva University. Al worked at the prestigious Rockefeller Institute in Manhattan. Here, he spent two years as a guest investigator for research in New Medicines for Rehabilitation, pioneering the first test cases as he managed the treatment of thousands of heroin addicts with a new, promising drug at that time – methadone. He was asked by President Nixon to be the nation’s “Drug Czar” but felt it was not possible at the time to move to Washington – or make the commute.

Al’s wife Barbara earned her MSW as their children Lon and Eve reached young adulthood. After 27 years of marriage, each with a successful practice in his and her respective fields, Al and his wife divorced. Al moved to a small studio apartment in Manhattan and continued his psychology practice for a short time in his office on Central Park South. After a few weeks, he felt compelled to forge a new career path.

As he contemplated next steps for his life, he scraped together a living with various jobs, such as being a carpenter’s assistant, cleaning, typing legal briefs for his lawyer, and doing light construction work. One day, walking past the Steinway store on East 57th, he saw a piano through the window and became overwhelmed with the feeling of returning to being a full-time professional musician. He bought a keyboard, set it up in his studio apartment, and began practicing hours each day in order to prepare for re-entry into the club date scene. He soon began getting calls for work.

In 1981, he met me: a musician from Texas who had recently received her M.S. in musicology from the Eastman School of Music in Rochester. Al continued his rigorous practice regime – which included mentoring me on the workings of the club date business, advising me on the repertoire needed to compete professionally in order to become a full-time performer, and accompanying my vocals, in addition to his own practice. He began to garner a steady stream of performance dates with various well-known orchestra offices such as Peter Duchin, Roger Stanley, Dwight Howard, Ben Cutler, Alex Donner, Irving Frank, Dutch Wolff, eventually landing the first pianist position for the world-renowned Lester Lanin Orchestra.

On Aug. 11, 1985, Al and I married. With our lives intertwined both personally and professionally, we each enjoyed an existence featuring professional musical performances in a variety of venues, often on separate jobs – whether as solo performers, or each with other types of bands – but also with a generous amount of work together on the bandstand as members of the Lester Lanin Orchestra. Al performed around the world for kings, queens and well-known personalities. He played piano at the royal wedding of Princess Diana and Prince Charles. He was chosen as the bandleader for a small group of Lester Lanin musicians hired for the wedding reception of Billy Joel and Christie Brinkley. He was in high demand as a solo pianist for cocktails and dinners at the most exclusive private clubs in New York, New Jersey, and Connecticut. Al’s music graced the annual parties thrown by Marlo Thomas and Phil Donahue.

Once, a very unique gig in Manhattan featured Al playing solo accordion. Throughout the entire evening on this particular job, he was guided to various rooms, providing music for the private, at-home, intimate anniversary dinner for just two people: Goldie Hawn and Kurt Russell. In Washington, D.C., he performed at the White House and played piano with the Lester Lanin Orchestra for four U.S. presidents at their inaugural celebrations: Ronald Reagan, George H.W. Bush, Bill Clinton and George W. Bush.

Al continued working as Lester’s pianist until his death in 2004. By this time, the party business had begun to fade as a robust career for many musicians who had made a major portion of their living playing this kind of society music with bands. Al’s musical work gravitated to include more and more solo piano work. He recorded two well-received CD’s featuring popular American songs spanning six decades.

Soon, Al went back to school and earned a certificate of gerontology from Marymount Manhattan College. His desire to be a positive force with the elderly fueled him to start a new organization: the Marymount Gerontology Club. Soon, he began volunteering as a pianist at the Upper East Side’s Lenox Hill Senior Center. This position developed into steady professional work, featuring Al playing piano for Alzheimer attendees and their aides at the Lenox Hill Senior Center CARE program four days a week. Here, Al played piano and talked about various aspects of life, engaging the listeners with questions and comments concerning songs they knew and loved, old movies, famous people, and other facets of life that would draw them in to be active listeners. In this program, on several occasions a senior with Alzheimer’s who had not spoken a word in many years would suddenly start singing all the lyrics to a favorite song, as Al played piano. Al truly felt these occasions marked a high point in his life.

Over the years, due to progressive heart disease, Al’s health gradually declined. When he could no longer walk without help, and when he felt he could not play piano the right way any more, he turned to writing books, penning three before his death: “Lester Lanin: An Intimate View of America’s Favorite Society Dance Band and its Leader” (which won Book of the Month for the NY Junior League Book Club), “Medi-Tales: Adventures and Misadventures in American Healthcare” and “Cancer Companion: A Resource Guide for Families.”

Al was proud to be a longtime member of Local 802, as well as a more recent member of the Gerontological Society of America. Besides myself, he is survived by sister Laura, sons Lon and Nicholas, daughter Eve, granddaughters Sydney and Samantha, daughter-in-law Donna, son-in-law Brian, and his previous wife Barbara.