The state AFL-CIO is supporting the creation of five casinos in Monticello, New York. Casino gambling can bring with it employment – potentially, employment for musicians. Do you support casino gambling in New York?

Of the 80 responses Allegro received, 29 were generally against casinos and 51 were generally supportive. Many answers were nuanced. Thanks to all members who responded. Cartoons by Saul E. Darrity.

As an 802 member working a fantastic union job at “Mama Mia!” in Las Vegas, I think the casino industry can bring many, many jobs to union musicians. We just began our third year here and we’re still going strong. Even if you don’t gamble (which I don’t) you can count on those casino audiences to pack the show every night and bring home your weekly paycheck.

In the early 1980’s I had the opportunity to live in Las Vegas and play a show there. The casinos still had live orchestras and the music business was thriving. While I was living there the MGM Grand production show went to tape and that was the beginning of the end for the employment of live musicians in Vegas. If bringing casinos to New York will help recreate the spirit of what Las Vegas was for musicians, and there is a contract to insure the employment of live players, then I’m all for it. If it’s just a matter of bringing gambling to New York and live musicians will once again be replaced by pre-recorded music then, not being a gambler, it makes no difference to me what happens.

If history is a teacher, we should look at the Atlantic City story. Many musicians moved down there and joined the local because they believed in the gambling scene as an answer to their prayers. Well, as it turned out, it was a gamble that didn’t pay off. In a relatively short time show bands were reduced in size to play along with click tracks and eventually replaced completely by the electronic monster. Lounge music succumbed to DJ’s. What should our position be? Unless the AFM can get a deal from the casinos for live music I believe that we have a very small stake in Monticello and should remain neutral. This is where the national AFM leadership should step to the plate and get incentives for endorsement.

Casinos are evil. In their ruthless, greedy pursuit of profit they exhibit no mercy to anyone, musicians included. They have shown that in the interest of their bottom line they prefer canned, synthesized music rather than the employment of live musicians.

Any potential source of employment for musicians should be supported. Years ago the Monticello area supported a large number of hotels which in turn employed a large number of musicians. One such hotel was the Concord. It had a show band, Latin band, two lounge bands and a quartet that played for parties and around the pool. During the summer, 10 to 40 musicians could be employed at any one hotel. There was also employment during the winter months.

With the one exception of Las Vegas, gambling has never benefited anyone other than the casino owners. It should never have been approved in the Catskills.

Knowing a trumpet player that lost a house, wife, family, clothes and trumpet, I would say I am against gambling, and that would include a casino. Saying that allowing casinos will bring jobs to musicians is like saying my wife should work in prostitution because it brings home lots of money.

Any opportunity to create work for musicians is good. I also think we need to help the casinos understand the benefits of hiring live musicians and complete bands – and pay them a decent wage.

I see gambling as anathema to the sensibility of music. Cashing in on addiction doesn’t smell better by employing musicians to entertain gamblers. It’s hard enough being wallpaper or background for conversation at some gigs. Performing for angry losers and boisterous winners reduces musicians to gladiator status. I will wholeheartedly support proposals to create concert halls and performing venues for their own sake, but let’s not get distracted from the real issue.

I believe gambling in the Catskills is a great idea. I was playing at the Raleigh and the Concord along with many other hotels back in the late 70’s. What happened to that beautiful resort area is a shame. Gambling will not only bring the Catskills back but a whole new generation of people will be able to enjoy its beauty. And as far as the economy, it’s a no-brainer. I look forward to working there again and I’m sure there will be many jobs and opportunities for musicians to earn a living again. I look forward to quitting my day gig and being able to work full time as a horn player once again. Revitalizing the Catskills by bringing gambling would allow me to do that.

Musicians and casinos are not the issue. Casinos and the quality of life associated with them are the problem. Some musicians’ jobs may become available due to a casino’s presence. However, at what price to the general public, of which the musician and his family are also members? People don’t go to casinos to listen to music. I prefer my music the old-fashioned way, without the accompaniment of slots.

I personally have no objection to casino gambling. It has the potential to lower overall taxes, and if models from Las Vegas, Atlantic City, and Connecticut are considered it can certainly work. The potential for the musician is obvious. Casinos bring people seeking entertainment. We’re an integral part of that scenario.

Yes, I support casinos in Monticello. Although 25 to 30 years too late, they still might create some employment for 802 members – such as bad guitarists who sing out of tune and use a horrific disc for accompaniment and “keyboard” players who don’t know any tunes by heart and rely on the Real Book. Although millions will be spent on show rooms, don’t think for a minute that there will be show bands as in the good old days. We’ll be lucky to see two synths and a drum machine…unless they play for one of the fine old acts.

As a longstanding member of Local 802, former resident of both Sullivan and Orange County, and somewhat frequent visitor and employee in casinos throughout the country, I am positive the addition of five casinos in Sullivan County would create new and additional employment opportunities for musicians. Literally thousands of positions for card dealers, limo operators, waiters, busboys, front desk clerks, maintenance engineers and travel agents will be available upon completion of the project. These positions will undoubtedly aid in supplying local musicians with steady employment, hopefully providing pension, vacation, health and dental insurance as well as a credible standing in the community for themselves and their families. Yes, after waiting over 30 years and watching casinos spring up in resort areas throughout the Western Hemisphere while the industry, the economy and the efficacy of the Sullivan County resort area died a slow and painful death, I say bring it on. 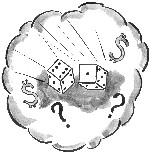 Your support for casinos in the Catskills is a waste of time and capital. Look at Atlantic City as a guide where few musicians are working after many promises of employment. Even Las Vegas isn’t as lucrative as it was a very few years ago. There will be no lounges where musicians would find employment. Slot parlors will take up those spaces. Entertainment is sparse at best. At the Trop in Atlantic City, you can find a singing barmaid – who sings with a tape. Things will not be any better in New York.

In my opinion, any venue that creates work for live musicians is a good thing – no, a great thing! The immorality of gambling, demons such as gambling addiction, and the types of people that casinos may attract may be legitimate concerns; however I have come to believe that casino gambling is – for the most part – merely a preferred form of entertainment for some. And therefore basically harmless. And if casinos pay for live music, hip-, hip-, hooray!

I do not support casino gambling in New York. First of all, if Las Vegas or Atlantic City are any indication, the amount of new employment generated for musicians is not significant. But more than that, I can no longer accept the double standard practiced by state governments. If the state sanctions a gambling facility it’s considered an economic opportunity. But when the private sector engages in it, it’s a felony. Gambling is either a normal activity or it’s immoral. I don’t see how the government getting its taste changes the question of morality.

I need more work. I hope that these casinos decide to promote live music of all varieties in their establishments. I don’t see any problems as long as the casinos are built away from residential areas, and are the non-glitzy, attractive building types that fit the surroundings well, and attract a descent kind of clientele. It would be nice if they promoted live jazz, big band music (and dancing), along with Latin and salsa bands, musicals, R&B and rock. Why not? They will probably be promoting every kind of food and gambling style under the sun! Let’s get to work now!

I do not support gambling in New York. Though it may create some jobs for musicians, the effect casinos have on local communities has always been horrible. Statistics show higher crime rates and wider economic disparity. Poor city planning is common in casino towns which leads to long term depression that will be shouldered by taxpayers. The list could go on. I couldn’t wish this on any town – even for a couple mediocre jobs.

The short answer is no, I don’t support gambling in New York. But isn’t Wall Street a type of gambling. Our pensions? So what’s the difference really? In that light, if it gives musicians some union work, then sure, I say yes.