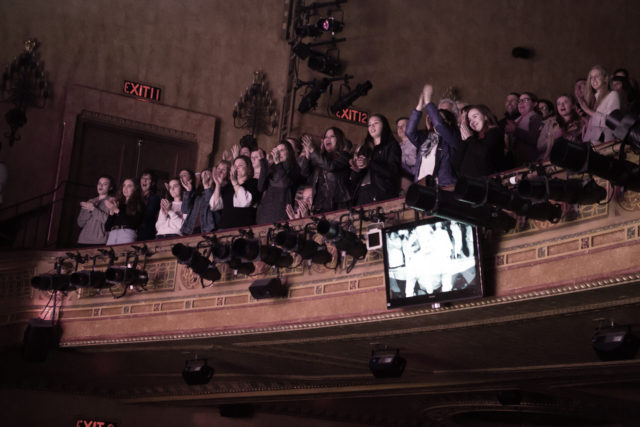 The Broadway League recently released its 22nd annual demographics report, which provides a comprehensive analysis of the theatregoers who attended Broadway shows in New York City last season. It also compares current Broadway theatregoing habits in New York City to previous seasons and aids in predicting trends for the future.

In the 2018-2019 season, attendance reached an all-time record high of 14.8 million. Among these, 2.8 million international visitors attended a Broadway show. This represents the highest number of attendances by tourists from outside the U.S. in history. Along with the overall growth in attendance, the number of admissions in the demographic category called “non-Caucasian theatregoers” reached a record high of 3.8 million. Additionally, Broadway welcomed 3.4 million admissions by those under age 25, the third season in a row that attendance from younger audiences topped 3 million.

The analysis is based on extensive survey data gleaned from audience questionnaires distributed throughout the 2018-2019 Broadway season in New York City highlighting both audience demographics and their ticket purchasing habits. Each year brings fluctuations to the makeup of audiences due to a variety of reasons such as content, weather, the economy, and changing competition for leisure activities. Therefore, this longitudinal analysis demonstrates wider trends and changes of the audience over multiple seasons.

THE NUMBERS TELL THE STORY

This demographic report is published annually by the Broadway League. From June 2018 through May 2019, the League’s research department administered surveys at 49 different productions at 98 individual performance times. Shows were selected on a quarterly basis to represent what Broadway was offering that season (i.e., a proportionate number of musicals versus straight plays; revivals versus original works; and new productions versus long-running shows). Questionnaires were distributed at multiple performances per show to account for variances in the weekday, weekend, evening, and matinee audiences. Completed questionnaires were tabulated and weighted based upon the actual paid attendance for each show. In total, 17,400 questionnaires were distributed and 8,972 were returned, representing a 52 percent rate of return.