As you can see from our cover story, we’re pleased to feature the Roxy Coss Quintet, who are the winners of our inaugural Emerging Artists Project grant. This groundbreaking four-year award was designed to support emerging ensembles in New York City as well as further efforts to ensure that all professional musicians can afford to live, work and raise a family in New York. Launched in December in partnership with Orchestra of St. Luke’s, the competition garnered over 52 applicant ensembles comprising over 400 musicians, whose submissions were evaluated by a distinguished jury of professional musicians. The response among the music community to this program has been overwhelmingly positive because it’s been designed to support musicians and ensembles so that they can make a fair living. At the end of the day, we believe this program will help in our overall efforts to raise the wage floor for all musicians. The Roxy Coss Quintet is already on its way to success, and we’re happy to be helping them take the next step. See our coverage in this issue. Ensembles who want to apply for next year’s grant should keep at eye out at www.Local802afm.org/emerging-artists-project. 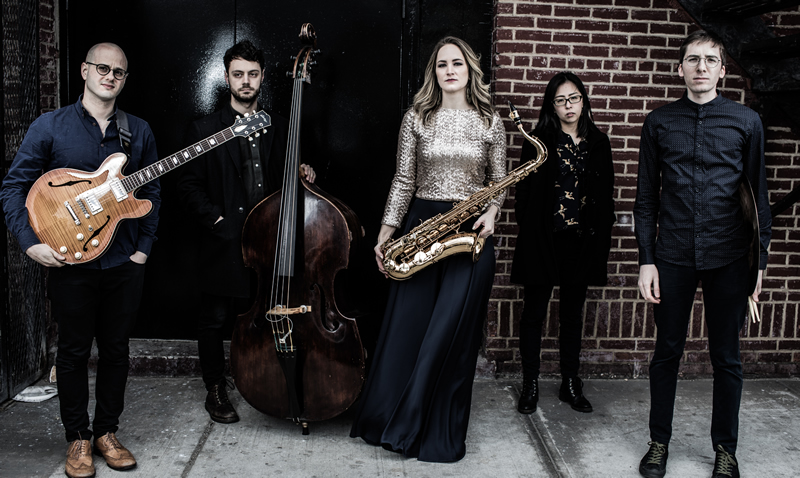 May is Labor History Month, chosen to commemorate the marches for the eight-hour day that took place on May 1, 1886, chiefly in Chicago. Our annual calendar of labor history events in NYC can be found on page 9. Union members and working people all over should get motivated from the victory earlier this year by teachers in West Virginia who bravely went on strike for two weeks. In the end, the teachers won a 5 percent increase for ALL state employees, effectively raising the wages for everyone. The strike also inspired teachers in Oklahoma, Kentucky, Arizona and elsewhere (including Jersey City) to take action. The AFL-CIO wrote that the West Virginia victory was a true testament to the teachers’ activism and an important reminder of the power of working people to improve the lives of everyone. “Whether it is raising pay, providing quality health care or making our jobs safer, all workers know that when we join together and fight together, we will win together,” said the AFL-CIO. I couldn’t agree more. And AFT President Randi Weingarten gave us an important reminder when she recently wrote that the teachers’ union will now turn to the November midterm elections. “We will fight up and down every ballot to elect people who believe in public education and who will invest in our public schools and kids,” she said.

On a related note, Local 802 was represented at the Working People’s Day of Action earlier this year, sponsored by Jobs With Justice. The nationwide series of rallies asked working people to come together and fight for decent and equitable pay for our work, affordable health care, quality schools, vibrant communities and a secure future for all of us.

I’m glad to report some positive news. Congress passed a budget that not only preserves the National Endowment for the Arts, but also increases funding for it! The AFM reports that the budget also maintains funding for the Corporation for Public Broadcasting and increases funding for the National Endowment for the Humanities. “Union musicians and other members of the arts community sent emails, made phone calls and had conversations with their elected officials about the importance of federal arts funding,” reports the AFM. “When musicians join together, we can achieve amazing results. The fight is not over. We will continue reminding elected officials that symphonies, theaters, festivals, music education, and other arts programs in all 50 states depend on NEA support.”

As an aside, it’s important to remember that not only do musicians have a powerful artistic voice in society, we also contribute financially to the economy in big ways. The NEA has published an insightful report on the impact the arts have on the nation’s economy. According to the report, the arts contribute $763.6 billion to the U.S. economy, more than agriculture or transportation. The arts employ 4.9 million workers across the country with earnings of over $370 billion. Furthermore, the arts exported $20 billion more than they imported, providing a positive trade balance. The report found that consumers spent $31.6 billion on admissions to performing arts events, $1 billion more than projected.