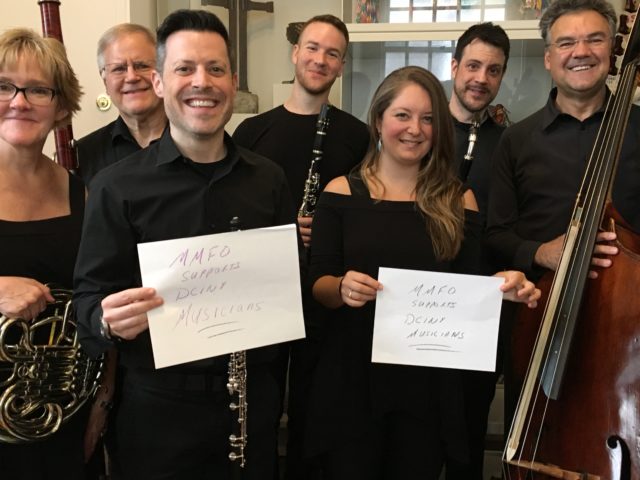 The summer of 2019 was unusually active in the Local 802 Concert Department. We were especially busy negotiating and updating our expired and about-to-expire agreements. Since the new rates were promulgated in June, Riverside Symphony ratified a five-year contract that tracks the Pops increases (3 percent for each of the five years). The American Classical Orchestra has agreed to the same deal. The NYC Gay Men’s Chorus, Hora Decima and Queens Symphony Orchestra have also ratified new agreements.

Some of you have questions regarding how we reach these agreements. Here’s a brief primer.

Prior to 1986, the major freelance orchestras at the time (including the American Composers Orchestra, American Symphony Orchestra, New York Pops, Riverside Symphony, Bronx Arts Ensemble, Queens Symphony Orchestra, Little Orchestra Society, Opera Orchestra of New York, Brooklyn Philharmonic and Long Island Philharmonic), negotiated together as a consortium. Some of us still refer to them collectively as the OMNY (Orchestra Management New York) orchestras. After the freelance strike of 1986, it was apparent that each orchestra had individual requirements that a blanket agreement could no longer address. The union’s main objective has always been to maintain a level playing field regarding wages and working conditions. The resulting paradigm is that Local 802 now negotiates with each individual orchestra approximately every three years; however, the deal that we reach with the New York Pops is most often the one that sets the rates for everyone.

For more detail on freelance negotiations, please see an article I wrote for Allegro back in December 2008, which is still a valuable introduction: www.Local802afm.org/allegro/articles/they-never-taught-us-this-in-theory-class

The negotiations on deck this month include Stamford Symphony, New York Gilbert and Sullivan Players and Little Orchestra Society. The Bronx Arts Ensemble, a group that has signed on to Local 802’s single engagement classical rates for over 40 years without issues, has become a full-blown negotiation due to fundamental changes projected by the group’s new executive director. We will always fight back when our area standards are threatened, and I’m extremely proud of the musicians from this group who are working to preserve the original mission of that fine organization.

While I’m at it, I wish to add my respect, admiration and support to the extremely hard working and courageous musicians of the Distinguished Concerts International New York (DCINY) orchestra in their campaign to organize their workplace. These musicians understood that they deserved an opportunity to bargain collectively for fair wages and better working conditions when they work for DCINY, and they came together in a concerted effort to make that happen. I encourage all our members to check out and join in the “I support DCINY musicians” campaign on Facebook, Twitter and Instagram.

By the time you read this, Local 802 President Adam Krauthamer and I will have returned from the annual ICSOM conference, this year held in Park City, Utah. I anticipate that we will have learned quite a bit about the national orchestral scene, heard updates on the Baltimore Symphony musicians (who have been locked out of their jobs since June 17), and gotten acquainted with other topics of interest to our members. We will be reporting on that in a future issue, at which time it is our fervent hope that the Baltimore conflict will have been favorably resolved.

Finally, as part of our half-year evaluation, we took a careful look at where we stand financially. I’m pleased to report that we are on track and even a bit ahead of our projected budget. The cost-saving measures we have been implementing are helping us stay on course. However,  some of the savings have been offset by unexpected arbitration expenses left over from 2018. We don’t know where that will leave us once those final bills come in, but we are optimistic that we will still be close to budget by the end of the year. 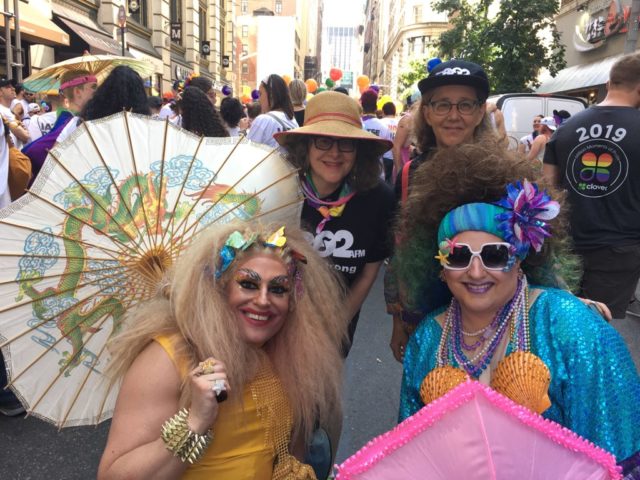 Karen Fisher and Lynne Cohen (at top) along with partcipants at this year’s NYC Pride Parade. This year, there was a greater turnout of unions and labor reps!