“Darling, I want my gay rights now!” This was the rallying cry by transgender activist Marsha P. Johnson, one of the Stonewall Riots leaders. Everyday life for members of the LGBTQ+ community in the 1960s was very different from today. The decade was fraught with extreme intolerance and frequent police raids interrupting any sense of a normal life. Imagine living in New York City and not having the freedom to express yourself. Younger generations will never fully understand the sacrifice and pain these heroes had to endure. 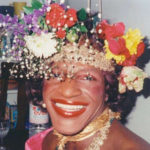 The history of the NYC LGBTQ+ community is important to know – and not take for granted – as it is a community that has to constantly fight for its rights.

A culmination of events led up to the Stonewall Riots, but it is believed that the death of Judy Garland was a key motivator. A funeral service on the Upper East Side for Judy took place on the first night of the riots. In mourning the death of one of their community’s most beloved icons, some had had enough of the police raids and decided to finally take a stand. That first brick was thrown 50 years ago, in the early morning of June 28, 1969 and sparked what would become the gay liberation movement in an ongoing fight for LGBTQ+ rights in the United States. 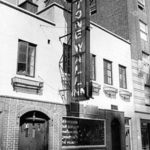 Ann Brausum captures the energy of this movement in her book “Stonewall: Breaking Out in the Fight for Gay Rights.” She writes:

The spirit that emerged outside a Mafia-run bar in 1969 became the pulse of the gay community and inspired not just an annual parade but ways to express gay pride in individual lives. Stonewall happens every day.

This month, New York City will host the largest international LGBTQ+ pride celebration – World Pride NYC/Stonewall 50 – to commemorate the 50th anniversary of the Stonewall Riots. It is believed that this event, encompassing the entire month of June, will be the world’s largest LGBTQ+ celebration in history.

June also marks four years since the Supreme Court’s passing of marriage equality in all 50 states. This historic ruling has brought forth immense hope for the future of LGBTQ+ rights.

These tumultuous times have sparked more and more people to come together and speak out against the current administration. For example, YouTube star Randy Rainbow is currently touring the country and performing his live show of anti-Trump musical parodies to sold-out crowds. Randy has become a major voice to all people – old, young, gay, straight, and everyone in between – who have found his videos to be a saving grace in these upsetting times. 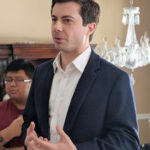 Pete Buttigieg is an openly gay candidate for president

However, one of the biggest indicators of a change in America’s political landscape can be seen in watching an openly gay presidential candidate, Pete Buttigieg, gain momentum in becoming a major contender. Mayor Pete’s popularity has recently landed him, alongside his husband, Chasten, on the cover of Time Magazine with the headline “First Family.”

Outside of politics, pop culture’s depiction of the gay community has also substantially evolved since the Stonewall Riots. Historically there were very few gay characters featured in television at all and of those, almost all were portrayed as the stereotypical “token” gay. 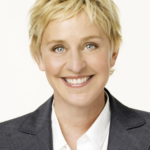 In 1997, 42 million viewers witnessed Ellen DeGeneres come out on national television in a controversial episode of her sitcom “Ellen.” The show lasted only one more season due to declining ratings and being labeled “too gay” after the episode aired and the atmosphere of the show had changed. Despite the backlash, “The Puppy Episode” was the highest rated episode of the entire series, receiving both an Emmy and a Peabody Award.

The next year, “Will & Grace” premiered and became a pop culture breakthrough due to the show’s featuring leading gay characters on a major television network. The sitcom made use of comedy in order to familiarize audiences with gay culture, thus opening the door for future programs to come.

Another pop culture breakthrough came with the premiere of “Queer Eye for the Straight Guy” in 2003. The series advocated for tolerance with its zany Fab Five making over the lives of slovenly straight dudes in New York City. In the current reboot, “Queer Eye,” the new Fab Five venture into the less tolerant states of Kansas, Missouri and Georgia (including the aptly named Gay, Georgia) with the ultimate goal of acceptance. 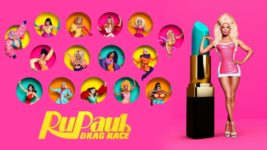 Even more, society’s level of acceptance has grown to include the welcoming of the drag community. In the 1960s, strutting around in the clothing of the opposite sex was a sometimes criminal offense on any day but Halloween. Today, drag is celebrated by the hit reality series “RuPaul’s Drag Race,” bringing mainstream attention to a once underground scene. Last year, FX’s new series “Pose” – which centers around the 1980’s ball culture – made television history with the largest cast of transgender actors in recurring roles.

Television has proven to be a powerful tool for change, which Ellen DeGeneres describes when speaking of her experience on “Ellen”:

It was a huge step in my life. I think people sensed the honesty in it. I think it helped a lot of people, and still to this day I hear about parents and children being able to have an honest conversation through watching that show. That’s ultimately what television can be: It can get conversations started. 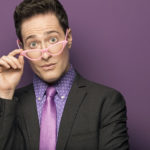 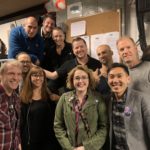 Broadway’s “The Prom” band along with composer Matthew Sklar and actor Caitlin Kinnunen.

From television shows to the Broadway stage, gay inclusion continues to rise. Enter this year’s Tony-nominated hit musical comedy “The Prom.” Opening last November to rave reviews, “Prom” made history at its performance at the Macy’s Thanksgiving Day Parade with the parade’s first televised same-sex kiss. The Broadway musical centers around a lesbian high school student in a small Indiana town who wishes to bring her girlfriend to the prom. The plot thickens when the school’s PTA decides to cancel the prom when faced with allowing two girls to go together. A group of out-of-work actors from NYC discover her story and head to Indiana to help out. Hilarity ensues! While this musical is hysterical, it also reveals a powerful message that we are all flawed. “Prom” leaves the audience with a poignant take-away: listening and understanding can be a catalyst for accepting people as they are. The message of “The Prom” is soon to reach even larger audiences with the recent announcement of a young adult novel and Ryan Murphy developing a Netflix movie based on the show.

Looking at the political and pop culture world around me, I wonder if the Stonewall Riots trailblazers ever stopped to think about how their actions could have such a monumental effect on the future. Our city has historically been a place for moving LGBTQ+ acceptance forward, and is continuing to do so today.

Multi-instrumentalist Justin Vance has been a member of Local 802 since 2013.