Arlo Guthrie tells us, “Everything I learned about labor history I learned from songs.” Musician-activists such as Arlo, his father Woody, Pete Seeger and Ysaye Barnwell brought the power of music to the civil rights and labor movements.

Songs sum up an emotion — and music is at rallies and picket lines and union meetings — as it reaches people in ways different than mere words.

Union martyr Joe Hill once said, “If you give a speech they remember it for a day. And “A pamphlet, no matter how good, is never read more than once, but a song is learned by heart and repeated over and over; I maintain that if a person can put a few cold, common sense facts into a song, and dress them up in a cloak of humor to take the dryness off of them, he will succeed in reaching a great number of workers who are too unintelligent or too indifferent to read a pamphlet or an editorial on economic science.”

The New York City Labor Chorus is the largest of the labor choruses around the country, carrying out this mission of teaching, and building spirit. The Seattle Labor Chorus, in the time of the coronavirus shelter-in-place, recently posted their “Virtual chorus” take on “Hold the Fort.” (Watch it here.) 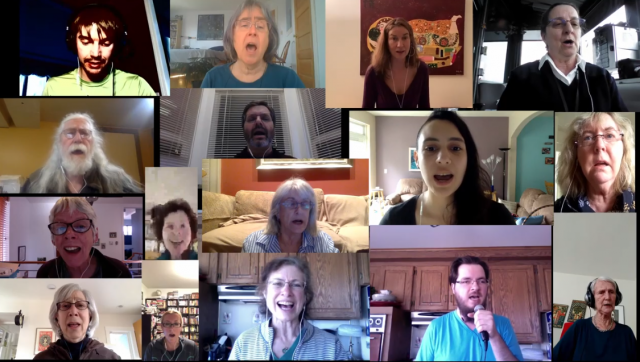 New York City had a robust boycott movement in the 1960’s and 70’s, working over many years to pressure growers with the power of consumers refusing to buy scab produce. But in Great Britain, the dock workers simply refused to unload any grapes. The dock workers’ union theme song was “Hold the Fort” — and so Cesar Chavez loved that song and asked for it often.

We are in a time of great upheaval. Which songs tell our stories? In this time of worrying if we might bring home something dangerous from work, Ysaye Barnwell offers us these lyrics (here’s a performance by Sweet Honey in the Rock!):

I wanted more pay,
But what I’ve got today,
Is more than I bargained for
When I walked through that door. 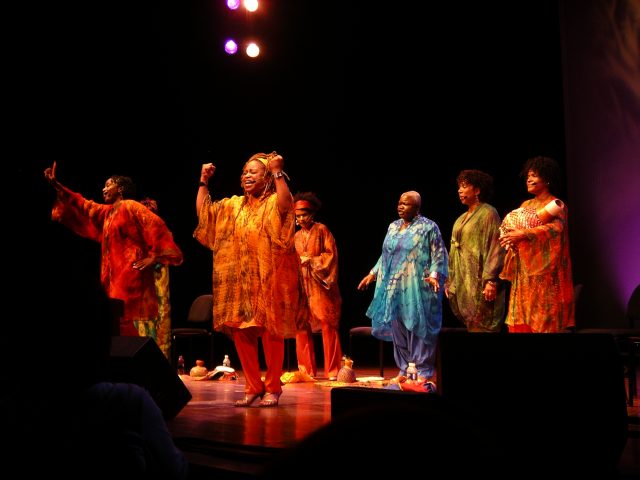 Music tells the stories — and sums up the spirit of the labor movement — in an accessible way. Musicians often are fearless at calling out politicians, speaking truth to power with honesty and courage. When Bruce Springsteen appeared with Pete Seeger on stage, they sang “This Land Is Your Land.” Bruce lifted Seeger’s hand and declared, “You outlived the bastards.”