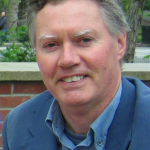 In Memory of Judson Griffin

Judson Griffin was a beloved son, brother, partner, friend, and colleague, as well as one of the most highly respected musicians in the early music community. He died on May 27, 2020 of cancer, at the age of 68. He is survived by his mother, Audrey D. Griffin; his younger sister, Evie Griffin; and his devoted partner of sixteen years, violinist Margaret Ziemnicka. He had been a member of Local 802 since 1974.

Judson was born in Lewes, Delaware, in 1951, but he spent his early youth in Barrington, Rhode Island, where his father, A. Tyler Griffin, was a National Guardsman and insurance executive, and his mother was an executive secretary. Music was heard regularly in the household as his mother would bring home records from the library, but it was the hearing of a live string quartet concert at the age of five that utterly captivated Judson and cemented his love of music. At the age of eleven, after the family had moved to Birmingham, Alabama, he asked his parents for a violin and they acquired one for $25. With the guidance of an inspiring teacher, he took to it so much that his mother never once had to tell him to practice.

To his lifelong friends who had been fellow violin students in childhood, there was never any question that Judson would go into music as a career. While he had a good sense of humor and could be as playful as any child, there was a seriousness about him that made him seem older than he was. When not practicing violin or playing baseball, he might be found reading Latin, playing chess, or relaxing with a slide rule. One afternoon, his mother came home to find that he had baked a Ham en Croûte (look it up) after having watched The French Chef on television.

Judson went on to study with several notable musicians. In 1968, the family moved to Detroit, Michigan, where he attended Cass Tech, the city’s special arts high school, and where he was sometimes hired to play string parts on recording sessions at the Motown studios located a few blocks away. While at Cass, Judson studied privately with Mischa Mischakoff, recently retired as concertmaster of the Detroit Symphony, who strongly urged him to switch to viola. Though Judson initially resisted, he subsequently embraced the change and won a full scholarship to the Eastman School of Music where he studied with violist Francis Tursi, earning his Bachelor of Music Degree in 1973 while also performing professionally with the Rochester Philharmonic Orchestra.

Another full scholarship followed, this time to The Juilliard School in New York to study with Lillian Fuchs. He won Juilliard’s concerto competition playing Hindemith’s Der Schwanendreher, and he was awarded a special prize at the first Primrose International Viola Competition. Summers during these years were spent as Ms. Fuchs’s teaching assistant at the Aspen Music School in Colorado and as principal violist of the Aspen Chamber Orchestra. After completing his master’s and doctoral degrees in 1977, Judson left New York to teach violin and viola briefly at the University of North Carolina at Greensboro, but, missing the city and its performing life, he returned in 1979.

Throughout his life, Judson was passionate about exploring the music he was playing in great depth, and he looked for others for whom this goal was also paramount. At Juilliard, he was introduced to Albert Fuller, the harpsichordist who became his mentor and guide, and who strived to enrich the appreciation of music of the past through the understanding of the cultural, political, and social contexts in which it was composed and experienced. Though Judson had always been drawn to post-romantic music — he loved Richard Strauss — with early music, he found more freedom to explore this approach with others.

As his passion for early music took off, his career followed. In the 1980’s, through the influence of Mr. Fuller, he played with Aston Magna, the Mozartean Players, the Boston Early Music Festival Orchestra, and the Smithsonian Chamber Players and Chamber Orchestra. He was a founding member of the Smithson Quartet, in residence at, and using instruments from, the collections of the Smithsonian Institution, making ground-breaking recordings of Haydn, Mozart, and Beethoven.

Shortly thereafter, in order to explore more outlets as performer and leader, Judson returned to playing the violin as his primary instrument. He served as Music Director of the Connecticut Early Music Festival from 2000 to 2007, conducting music from Gabrieli through operas of Vivaldi and Mozart, researching and creating new editions, writing program notes, and providing translations from Latin, Italian, French, and German. As concertmaster, soloist, and conductor, he appeared with the American Classical Orchestra, Amor Artis, Concert Royal, Florida Pro Musica, Baltimore Pro Musica Rara, and others. Solo recitals were given in Boston; Baltimore; Detroit; Washington, D.C.; Alaska; and New York, at Weill Recital Hall and Merkin Hall. He was also the first violinist of Abendmusik, a string ensemble performing music of the 17th century.

Judson loved to travel to Europe, and his violin got him there regularly. He led period-instrument orchestras for dance performances at the Maggio musicale in Florence, and in opera at Musica nel chiostro near Grosseto, Italy, and led the Lobkowitz Quartet in performances of Haydn’s The Seven Last Words of Christ in Germany. He toured with the English Concert and Trevor Pinnock; played with the Akademie für Alte Musik in Berlin; with Il complesso barocco in Innsbruck, Milan, and Venice; and was a soloist at the Festival de Clisson, France.

In 2013, with his partner Margaret, Judson founded the New York Classical Quartet to explore the depth and ingenuity of the works of Haydn and his contemporaries. He also directed the Providence Baroque Orchestra, founded in 2018. At the time of his death, he had numerous projects in the works, including the revising of German and Italian chamber music from the 17th century, and the program planning for the Roslyn Young Memorial concert, an annual event for which he was music director.

Judson’s unbounded curiosity became evident early in his life. As a child, he enjoyed complicated adult jigsaw puzzles and loved to cook. At age six, he won first place in a school science competition by excavating the remains of his beloved cat from the backyard of the house, and, with his mother’s help, boiling the bones and re-assembling them into an articulated skeleton. His youthful fascination with coins was rekindled in adulthood as he continued to expand his collection. More recently, during a rehearsal in his New York apartment, Judson had a large book open on the sofa. It turned out to be one volume of the vast 29-part Grove Dictionary of Music, which he had undertaken to read cover to cover.

Judson shared a passion for horticulture with Margaret, and together, they cultivated an impressive variety of both ornamental plants and vegetables, producing enough to enjoy year round. As one might expect, his knowledge of the best organic growing methods, including pest remediation, was encyclopedic. Many friends were fortunate enough to experience the fruits of their efforts in the delectable meals prepared at home, including bread made from imported wheat berries that they ground by hand. Good wine was a must, and the sourdough pancakes in the morning were legendary. Once asked what he would like to be, if not a violinist, he replied, “I’d like to grow apples. I’d like to have an apple orchard.”

As with food, in music, Judson valued what seemed genuine to him, eschewing slickness or flashiness for its own sake. He and Margaret were regular listeners to a weekly radio show that broadcast early recordings of jazz and vernacular music. Upon hearing a particularly heartfelt rendition on one of those recordings, where it felt as if the player was speaking directly to the listener with his instrument, he said, “That’s exactly how I want to play!”

His capacity for work was impressive. The musical scores re-penned in his own hand from barely legible old manuscript facsimiles were meticulous, thoroughly researched, and artistic beauties on their own; before the days of music-writing software and online availability, musicians sought him out for his sheet music and for advice on repertoire. At his Rhode Island home, it was not unusual for him to spend ten straight hours working in the garden under the hot sun without flinching. Afterward, a short bike to the beach with Margaret, followed by a pleasant walk in the sand and a quick swim in the ocean was all he needed to rejuvenate. After dinner, he might be found editing musical scores while simultaneously engaged in two of his other greatest loves — listening to a Mets game on the radio and watching a 1950s western on TV.

Judson enjoyed sharing his knowledge and was generous when helping friends and colleagues. If someone needed advice on an instrument, they often brought it to a rehearsal for him to inspect and evaluate. Conservatory-trained string players and concertmasters of some major symphony orchestras who were interested in understanding early music style would find a welcoming and patient teacher in him. When friends recently needed advice on their new vegetable garden, he followed suit with long emails describing what to plant, when to plant, what to expect, and when to harvest. An envelope with dozens of seeds soon followed in the mail and the seedlings are growing this very day.

In Judson’s final moments, and with Margaret at his side, one hospice aide remarked to another, “You know, he used to be a violinist.” Judson responded with, “Still is.”

Indeed, whether in some afterlife, or only in the spirit of those whom he touched, he is still that, and more.

–by David Bakamjian, in conversation with family and friends