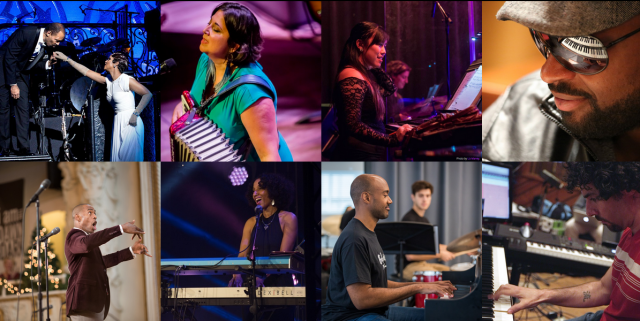 The conversations about racial bias in America were placed front-and-center earlier this year. As a result, the theatre industry was morally obligated to acknowledge and to grapple with this truth regarding diversity in its music teams: The number of musicians of color, particularly Black and Brown artists, is disproportionate when compared to the number of white musicians. In an effort to change this statistic, a multi-racial collective of award-winning musical leaders from Broadway and beyond have founded Musicians United For Social Equity (MUSE).

MUSE offers pathways for Black, Indigenous and People of Color (BIPOC) musicians seeking access to careers in theatre. Launched in October, musicians of color can go to www.museonline.org and join a directory, sign up for master classes, receive expert mentorship, and connect with other musicians and advocates. Specialized forums for members could include a panel about orchestrations led by Tony-award winning writers, or possibly offer one-on-one training with a music director from a Broadway hit show.

I am a proud member of the coalition, which is headed by co-chairs Kenny Seymour and Stephen Oremus. MUSE believes strongly in the power of sharing the insight gained on the many productions our collective founding members have been a part of over the years. Seymour says, “Mentorship is a key component in preparing the next generation of talent to thrive in our ever-evolving industry. MUSE will provide a foundation of cumulative knowledge and experience that will allow new artists to maximize their potential.”

Stephen Oremus gives particular importance to the role of the music assistant, which he feels “has become an indispensable position for all music departments on new shows.” MUSE intends to establish fellowships for music assistants on future productions, recognizing a trend that Oremus points out where “many of the music assistants we’ve worked with have moved on to become pit players, conductors, or music directors. It is our hope to create some great opportunities through MUSE that will allow musicians of color to support their departments in creating new works and also give them practical work experience with some of the top creatives in the business.”

The website is open to all, and an employer could search the free directory for musicians via filters such as “instrument,” “expertise,” or even what music software they are fluent in. “For too long, musicians of color have been underrepresented on Broadway,” says founding member Zane Mark. “With a fully populated database, contractors, supervisors, and other musicians can have a go-to place to find artists that will racially diversify their bands and orchestras.”

The interface of our directory was directly influenced by the organization Maestra, and MUSE also operates under the umbrella of the group Artists Striving To End Poverty (ASTEP). The founders of both organizations, Georgia Stitt (of Maestra) and Mary-Mitchell Campbell (of ASTEP), are also both founding members of MUSE, and they bring a vast amount of institutional knowledge to the functions of our group.

Despite the fact that many productions are on hold due to the pandemic, we feel that this is the perfect time to offer panels and master classes so that when things do start up again, productions on Broadway and beyond will have a well-trained pool of musicians of color to draw from. It is imperative that we come back to work with a different mindset, one where we look at how we’re populating our teams and our orchestra pits and challenging ourselves to have more racial equity in their makeups.

MUSE also has a committee focusing on outreach in BIPOC communities. Founding member Ilana Atkins sees MUSE as “bridging the gap between education, opportunity, and potential. We are developing partnerships that will put instruments in the hands of young artists who would otherwise be without. We are developing teaching curriculums for performing arts schools and training programs across the country so that they may offer modules on relevant material that are directly tailored by the leaders in the industry today.”

Whether educating in schools or directly on the website, MUSE hopes to hone in on the potential within talented musicians aiming to work in theatre. “Since there are very few academic programs which provide practical experience in what we do,” says Stpehen Oremus, “it’s exciting to be able to offer classes taught by some of the leading artists in our field.”

While the directory and many of the master classes are specifically for BIPOC musicians, the website is open to all people who are willing to advocate for our cause. We encourage allies to amplify our message and to help enlist musicians in our directory. MUSE has space not only for musicians who have theatre experience, but also those who may not have thought of theatre music as an avenue to explore. It’s about cultivating talent and creating access to a pipeline, and that access is the key to creating a more-diverse landscape in theatrical music teams.

In order for change to occur, new practices have to be put in place in our industry. MUSE is energized to create new roadways for learning and growth, and the members are excited to connect employers of theatrical works with names that may be new to them, all the while preparing those musicians to succeed in the field. Stephen Oremus says, “If we do our job right, in the coming years we will be seeing a far more diverse set of creatives and musicians on the job in all music department positions.”

For more information about MUSE and to find ways to get involved, go to www.museonline.org.

Alex Lacamoire, a member of Local 802 since 1998, is an award-winning music director, arranger, and composer. He is best known for his work on Broadway’s critically-acclaimed shows “Hamilton,” “Dear Evan Hansen” and “In The Heights,” which have won him three Tonys for Best Orchestrations and three Grammys for Best Musical Theater Album. He won a fourth Grammy for producing “The Greatest Showman” soundtrack and won an Emmy for Outstanding Music Direction on FX’s mini-series “Fosse/Verdon.” Alex was also the recipient of a first-of-its-kind Kennedy Center Honors for his contribution to “Hamilton,” where the creative team was recognized for “a transformative work that defies category” — a distinction never before awarded by the arts institution.