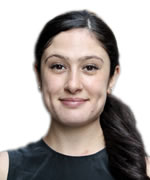 As musicians, we know that in order to understand the present and conceive of the future, we must always examine the past. Our musical output rests on a calcified bedrock of our own experiences and the successes and failures of those who came before us. The same is particularly true in the history of the labor movement and women’s rights. But even when things seem particularly bad, we can take comfort from the fact that the struggle for social justice never traverses a neat path from A to B. Our successes can’t easily be snuffed out.  History affirms this and offers us a blueprint to move forward and stay optimistic today, in one of the more vulnerable times in our industry – and our society.

When workers organize, they can achieve incredible results. In 1843, women in Lowell, Massachusetts formed the Lowell Female Labor Reform Association to advocate for better health and safety in the workplace, as well as a 10-hour work day. A few decades later, newly freed African-American women working as laundresses in Mississippi formed a union and struck for higher wages.

But even as women organized, the Knights of Labor – the first large-scale labor organization in the U.S. – excluded women from its membership for many years. Later, as the American Federation of Labor emerged, only two national unions affiliated with the AFL at its founding openly included women, and others passed bylaws barring women’s membership entirely.

But women in labor persevered. At the turn of the century, they formed the National Consumers’ League, the International Ladies Garment Workers Union and the Women’s Trade Union League. These groups were crucial in advocating not only for their own members, but for child laborers. Significant progress was made, but a decade later, in 1911, the tragedy of the Triangle Shirtwaist Factory fire revealed the circuitous nature of growth in the labor world. A year later, the Bread and Roses strike instigated by immigrant women in Massachusetts united 23,000 men, women and children laborers. This forced Massachusetts to adopt the first minimum wage law. Nationally, the federal government created the Department of Labor. 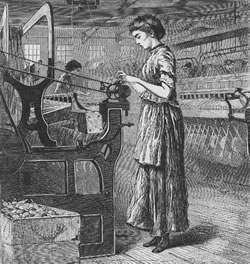 Textile mill women (like the one pictured below) in Lowell, Mass. formed the Lowell Female Reform Association to advocate for themselves.

This is only a snapshot of a longer – and ongoing – movement for justice. There are lessons to be learned for our own union, especially for musicians who depend on the “gig economy” for work. Like the women’s labor movement, the tides of progress in our industry have ebbed and flowed over decades. The long economic recession has left an indelible mark on the mindset of many musicians, from those in their early career looking to break into their chosen scene, to seasoned veterans who would like to retire comfortably but worry about their financial outlook. Supply of talent outpaces the demand for traditional, stable work. Out of necessity, my musical peers have become entrepreneurial to make their careers thrive. This has led to the creation of award-winning ensembles and compositions, stirring performances and, above all, a vital and creative community that shapes the idea of what it means to be a 21st century musician.

I am often asked how the union could possibly be relevant to musicians who have independently created their own opportunities. Historically, the relationship between freelancing entrepreneurs and the union has been tenuous at best. Our union understands best how to protect musicians in workplaces with a regular employer or management team. Unfortunately, in the past several years, the union has had a difficult time problem-solving solutions for projects that are self-financed, produced collaboratively, low budget, or fall into similar miscellaneous categories. Meanwhile, these musicians have to put food on their tables. They engage in a mostly cash-based system of payment. No employer is contributing towards social security, Medicare, unemployment or workers’ comp.

It is incumbent upon us as a union to work with these musicians. We must educate, offer new programs, and develop collective bargaining agreements that help with gainful employment. Every musician deserves optimal working conditions and to be paid a fair wage. As a union, it is up to us to match the innovation our enterprising musicians have shown by harnessing our resources and developing new ways to address the age-old issue of workers’ rights.

There are some tangible, easily expressed goals we as an administration would like to surgically examine and improve:  local and national contracts, member benefits and representation in the workplace, to name a few. However, the most important goal we can meet is to support members – particularly vulnerable freelancers – in helping them realize their professional worth. Coming together as a community is crucial for all musicians to achieve longterm gains.

Tens of thousands of women, children and other textile workers demanded better working conditions in the Bread and Roses trike of 1912.

As union members and musicians, we stand on the shoulders of giants. History tells us that when the odds seemed insurmountable, people overcame them with clear-minded endurance. The world has always needed music, so we should never feel we are replaceable. Labor unions created the middle class and earned favorable working conditions for millions of workers since the Industrial Revolution. We should never feel that we are asking too much to work in dignity. Musicians are all invited to participate and harness the union for what they need, not only to support our future selves, but generations to come who depend on our accomplishments to lay the foundation for theirs.

ocal 802 members taking a stand in the NYC Women’s March.
(Photos by Walter Karling of last year’s march, as previously published in Allegro.)