Young people are showing us the way. On Friday, Sept. 27, millions of kids around the world took to the streets and struck for climate action. According to globalclimatestrike.net, it was the biggest climate mobilization in history. From Jakarta to New York, Karachi to Amman, Berlin to Kampala, Istanbul to Québec, Guadalajara to Asunción, in big cities and small villages, millions of people joined hands and raised their voices in defense of the climate. The Global Climate Strike shows that we have the people power we need to create a just world and end the era of fossil fuels. We can be proud of the Local 802 kids who took part in this action. Below, read their inspiring words! 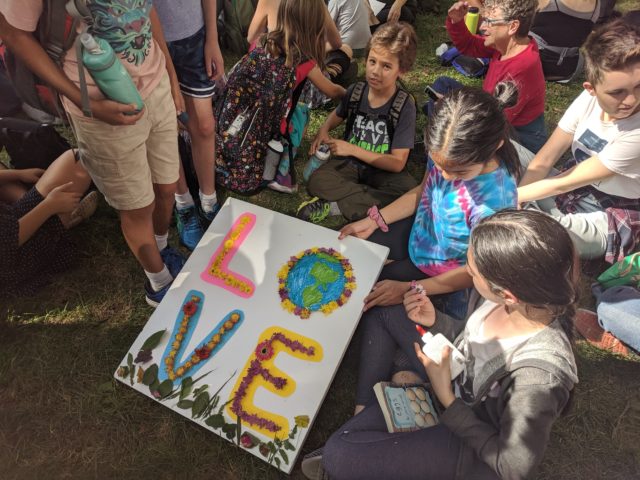 “It was inspiring to be with all of those students who are concerned about the environment. I felt like maybe we could actually have a say in what happens to the Earth.” 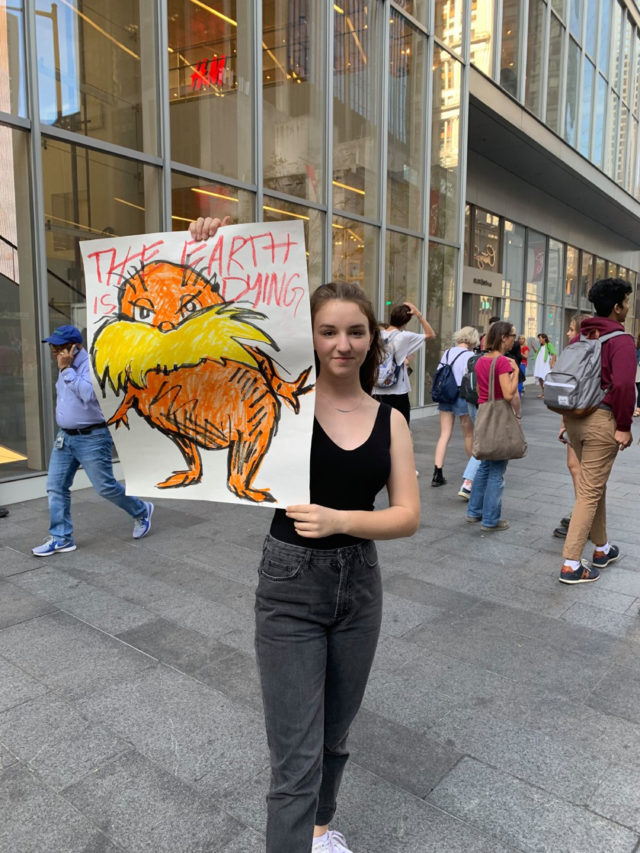 “The climate march was important enough to miss school because climate change could cause us to miss our entire lives. One day of missing school doesn’t make up for the missed time in our future. Climate change is such a huge thing that affects all of us, and I don’t see why it had to be just a student march. Although we’re the ones climate change is going to affect the most, we don’t get to vote. It would really make sense if the adults stood by their children and fought as hard as we’re fighting. I’ve been to marches before (March For Our Lives, Women’s March, Pride Parade) and I don’t especially like loud noises or crowds. But I went to this one because not going felt like doing nothing.” 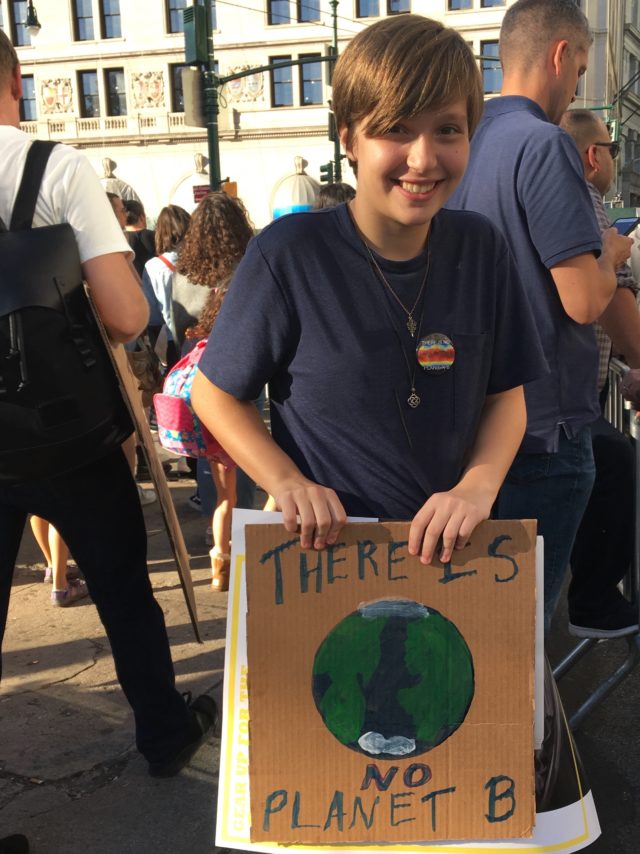 “Generation Z and future generations have no future if climate change continues. There is no backup plan for when Earth is no longer good for human life. Again and again, people at the strike talked about urgency. In her speech at the end of the day, Greta Thunberg said, ‘People tell us to study to become climate scientists and politicians. But by then it will be too late. The time to act is now.’ There will only be action against climate change when enough people feel that it is urgent. Standing in solidarity with the thousands of other people at the strike, and millions around the world, made us feel hopeful that action is possible.”