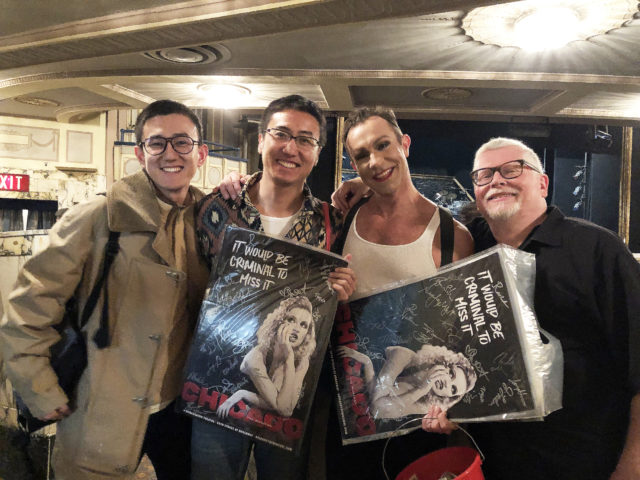 Even as Washington escalates a noisy trade war with China and ugly political squabbles fill the headlines, union members on Broadway are creating peace here at home — quietly, and sometimes historically. Musicians and actors from “Chicago” recently honored two Chinese LGBTQ activists named Shuai and Ming in a visit that transformed us all. Members of our company were able to greet and welcome them after they witnessed a post-performance Q&A talkback with the audience as well as one of our seasonal Broadway Cares solicitations.

Cathy Barbash, a lifelong friend of mine with extensive U.S./China cultural exchange experience through her arts consulting business, arranged matinee seats for Shuai and Ming. They joined Cathy and me in making a highly symbolic financial donation to Broadway Cares on behalf of the Beijing LGBT Center, where Shuai is the media director and where the two men first met.

(A word on nomenclature: the Beijing center uses the term “LGBT,” but elsewhere in this article, I’ll use the more familiar acronym “LGBTQ.”)

Gay rights in China are a work in progress. The Beijing LGBT Center helps educate the public, hosts a network of gay-friendly therapists, and oversees a hotline for transgender people. Shuai has created 10 campaigns at the center, including some addressing “conversion therapy,” gender identity and expression, and freedom of sexual orientation. He worked on China’s first national transgender survey, which garnered media attention and praise, both in China and around the world. I was encouraged to learn that China also has LGBT centers in several major cities besides Beijing.

Shuai received a fellowship in the fall 2019 round of the Professional Fellows Program of the National Committee on U.S.-China Relations. This non-governmental organization was established in 1966 and is committed to exchange and communication between the U.S. and China and facilitating NGO expansion. The committee sees cooperation between our nations as good for the entire world. Since 2015, participants working in community building, philanthropy, legal aid, and environmental sustainability have been placed with host organizations around the U.S. focused on similar issues, to share strategies, techniques and other useful information. Fellows from America also participate in a reciprocal exchange; they travel to Asia to continue working with the fellows they hosted from abroad. Shuai’s four-week NY placement at the Brooklyn Community Pride Center was followed by a week in Washington, D.C. for the program’s concluding activities.

During their visit to “Chicago,” our Chinese guests found the Q&A talkback especially fascinating. Our music director, actors and musicians, several of whom are — like me — members of the Broadway LGBTQ community, spoke about our lives and shared histories and insights which helped personalize the encounter. Our Chinese friends also met company members from various backstage departments, which highlighted the sense that a Broadway company can become an inclusive big tent over time. Both Shuai and Ming felt welcomed in solidarity and had the chance to be photographed with and speak to quite a few of my colleagues.

The entire visit reminded me that the Broadway community’s power reaches farther than we may take for granted. Our outreach can literally change lives. Because we are highly visible artists on some of the world’s greatest musical theatre stages, we have a platform where we can use our voices to encourage activism and progress around the world. That is truly one of the privileges that comes with serving on a Broadway show.

The final “Chicago” gift for our guests was a card signed by cast, crew, wardrobe department, members of the orchestra, house staff, stage management, and our beloved doorman, Patrick. It was a representative roster of our entire company and made me very proud of our show and its producers. The card will be framed and hung at the Beijing LGBT Center to offer encouragement to all who enter there. This shows the added significance of what we do professionally and how it has real impact in the world. I will always treasure this meeting with these extraordinary young men and hold even greater hopes for China’s future based on my past Asian performance experience and what I learned from our visitors while they were with us in the U.S.

I am so grateful to Local 802 President Adam Krauthamer for his enthusiasm in showing solidarity with Shuai and Ming from my first mention of this visit and for his recognizing its significance when it was only in its formative stages. I am honored that he suggested that I write this article as an additional, visible form of support for my Chinese friends in their future activity. Adam’s official expression of interest and admiration for the work of these young men adds weight to the outpouring of support and solidarity our new friends will carry back with them to China and shines positive light on the amazing work of all the organizations involved.

With hopes our paths may cross in the future, as LGBTQ issues improve and advance in both our countries, I wish to express my thanks to all as we move forward always.

Marshall Coid, a member of Local 802 since 1977, is the onstage violin soloist with “Chicago: The Musical” on Broadway. 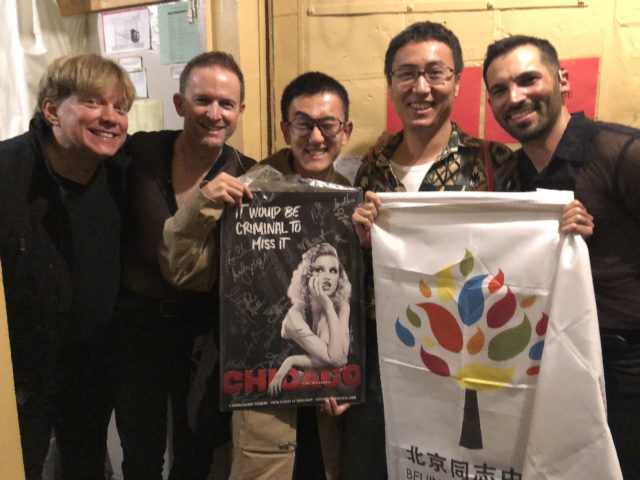 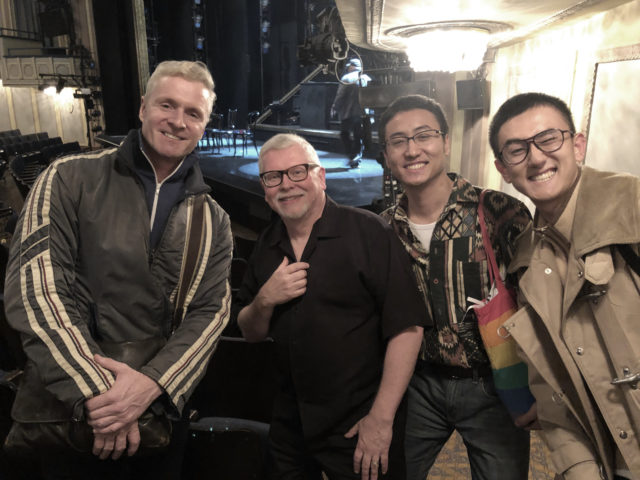 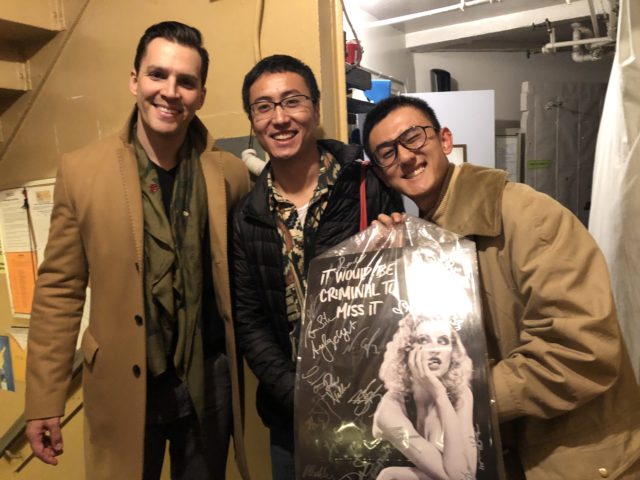