“Facebook is the most powerful tool in this age,” was one big takeaway of Jazz Mentors XVII, featuring Meghan Stabile, Aaron Diehl and Jesse Markowitz. The event took place at the Manhattan School of Music.

Creating a buzz is key to marketing yourself and your music. With today’s technology, creating that buzz is easier than ever. But you need to have the right tools and guidance at your disposal.

On Oct. 30, a group of over 50 musicians and music students gathered for Jazz Mentors XVII: “Stoking the Starmaker Machinery 2,” with panelists Jesse Markowitz, Meghan Stabile and Aaron Diehl to discuss the power of social media and Facebook in particular. The event was held in the Ades Performance Space at the Manhattan School of Music. Local 802 Jazz Business Rep Todd Weeks moderated the event. 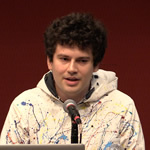 Jesse Markowitz established himself as a force in social media when he began working for artists such as Wayne Shorter, Fred Hersch, Chris Potter and fellow panelist Aaron Diehl. Markowitz, who helped curate the event, demonstrated examples of his use of social media to create buzz. Co-panelists Stabile and Diehl provided illuminating illustrations of how social media can impact audience expansion, identification with a particular aesthetic, and artist-to-artist associations.

Markowitz, who at 34 has already made a name for himself by working with established performers, talked about the revolutionary nature of social media and the fact that jazz audiences are expanding internationally due to exploding access via the Internet.

Facebook offers anyone at any stage of their career an inexpensive, accessible foray to a large group of people at once, opening a whole new world of unique marketing and publicity possibilities. Markowitz made his point repeatedly. “Homemade is O.K.,” he said, explaining that many musicians are overly worried about their public image, striving for perfection in all aspects of their art, including their publicity and branding. But in today’s world, the public cares less about perfection and more about the authenticity of the artist. Fans relate to an artist’s struggles and imperfections. That’s what they want to see – the behind-the-scenes peek at an artist’s daily life. 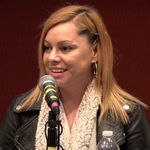 By way of example, Markowitz shared video footage of the iconic saxophonist and composer Wayne Shorter, discussing some of the basic tenets of Buddhism…over his morning coffee. Facebook Live enables artists to share private moments with their audiences as a means of inviting intimacy and awareness and building a sense of community around the music itself.

Stabile, who is the CEO and founder of Revive Music Group, put it plainly. “People naturally respond to something that’s personal,” he said. “Through social media they can connect with the artists on an intimate level.”

As the discussion inevitably turned to YouTube and the use of streaming live video, Diehl, who is distinguished as a classical pianist as well as a virtuosic jazz artist, spoke enthusiastically about the benefits of streaming and watching the process unfold before your eyes. “I look at various YouTube posts and watched other groups and artists live stream their rehearsals,” he said. “Many occasions, I’ve thought, ‘That’s a great band,’ and began to follow them from that one post.”

That prompted Stabile to chime in. “It’s an amazing phenomenon,” he said. “One of my clients posted a consecutive 72 hours of their week and people were continually commenting even while nothing happened as she slept. It can be very effective.” 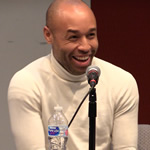 But the question is: does this kind of marketing translate into monetary returns? Diehl believes it does. He reported, “With the help of Jesse, I’ve built a fan base from my Facebook posts who come to the live performances. They want to share their excitement of the Facebook streams.”

The takeaway from the forum was that Facebook and other social media outlets are undeniably powerful marketing tools that, if used correctly, can be monetized into real sales and valuable connections. These platforms offer a direct, affordable, focused way to reach an audience, grow your fan base and create a buzz. Markowitz summed it up: “Facebook is the most powerful tool in this age.”

Jazz Mentors is presented by the Council for a Living Music with a grant from the New York City Council. The next event will be posted at www.Local802afm.org/jazz-mentors.