The Women’s March on NYC brought together musicians, activists and New Yorkers of all kinds. Below are the thoughts of several Local 802 members about why they marched… 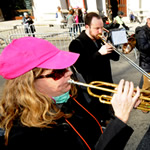 We marched for women and all people. We marched for a more just United States and a country that takes care of its people and the land. We marched for #TimesUp and a better future for all of us. And we marched to prove that we’re still here, we’re not going to back down, and we’re going to vote in November.

I marched because so much work needs to be done to make true justice and parity for women and for our LGBT brothers, sisters, and selves! When I was a young musician in the city, I had a steady gig playing Cole Porter’s piano in Peacock Alley at the Waldorf. When I became pregnant during that second year of that gig, the management of the hotel wanted to let me go. My union rep called and told me the news – beginning with “Are you sitting down?” It was terrifying. These jobs were few and hard to come by, and I was doing well there. But my Local 802 rep came up with a good strategy. She managed to save my job, and l stayed employed there for another six years. The union had my back. We must all work to make a safer, more just world. Starting with our town. So I marched with 802. Union proud. (Oh – and the babies I had while I was playing that Waldorf gig are now 27 and 30 years old – and both musicians!) 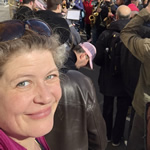 As if the 2016 campaign promises and scandals weren’t bad enough, this past year has been worse than any of us could have possibly imagined. This administration is the most toxic in history, attacking multiple segments of our population, based largely on bigotry, and rewarding a select few solely for profit, all the while perpetually lying about (insert your subject here) with reckless abandon. People are mad as hell, but in no way have they given up. It was so wonderful to join Local 802 at the Women’s March and listen to the Resistance Band rev up the marchers! To see so many thousands of people from all walks of life joined together in exuberant and peaceful protest against an administration that has become an insult to our country and the world at large, gives me hope that this dark hour of our history will soon be in our memories. 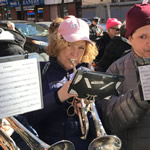 I marched this year because I had attended the march in D.C. last year and it was incredible. You could feel the power surging through the crowd. So many people with a peaceful, common goal! It was amazing to stand in the middle of a crowd of millions and feel totally safe, in addition to feeling connected to everyone there. The past year has been a sad commentary on the backward views of the current administration. Women, people of color, LGBTQ people, immigrants, and the environment (just to mention a few) have all suffered at the hands of accused sexual offender Donald Trump. The people of this country need to do what the Republican Congress has been avoiding: stand up to Trump’s ignorant bullying and bigotry, and put an end to the reign of an authoritarian-style president whose primary goal seems to be erasing all of the good that was accomplished by the Barack Obama administration. We need to bring civility back to Washington, D.C. and the nation, and a peaceful protest is a good way to start making that statement. Unions deserve a special mention in the annals of history for supporting equal pay for all members. 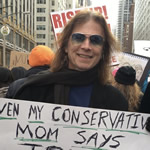 I marched (with my wife Jacquelyn Reingold) in support of women’s rights and equality all over the world. We marched to add our voices to the millions expressing outrage at the destructive policies of the current federal administration. Looking forward to a blue wave in the midterms! #swingleft

Below photos by Walter Karling 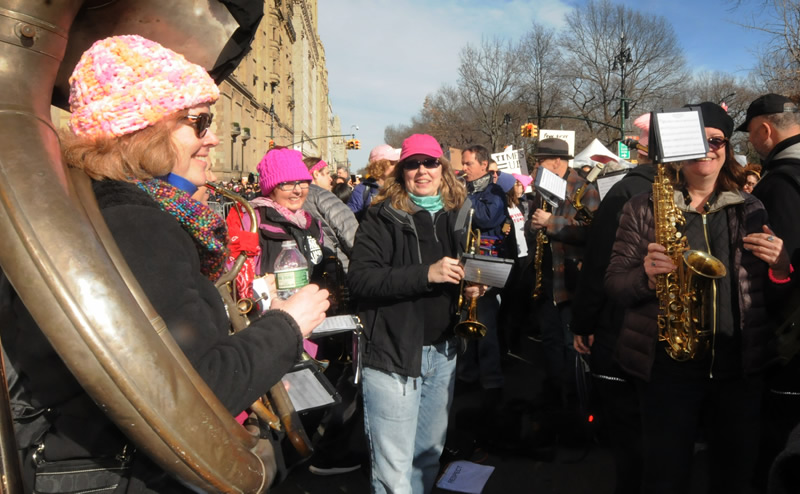 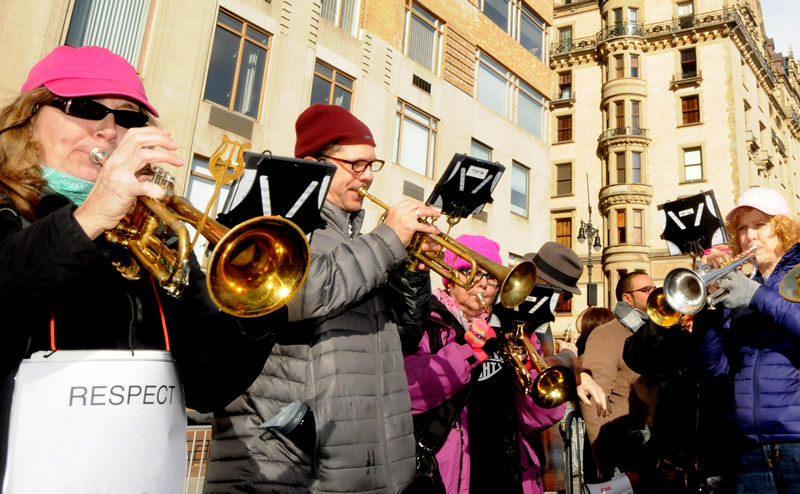 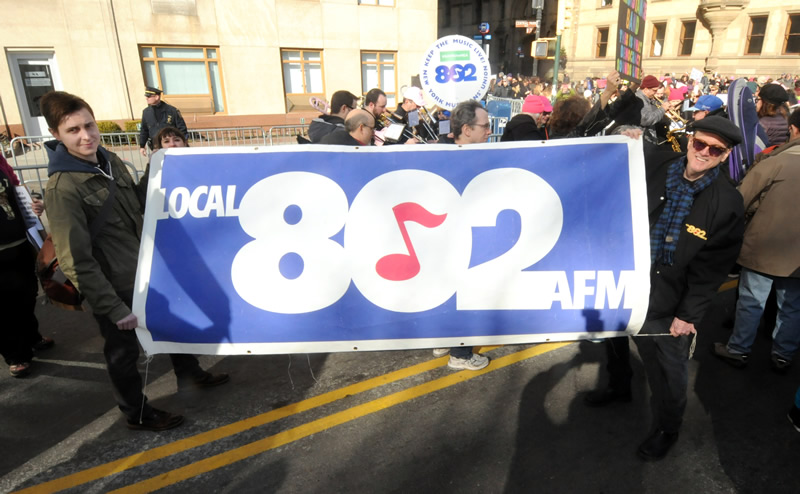 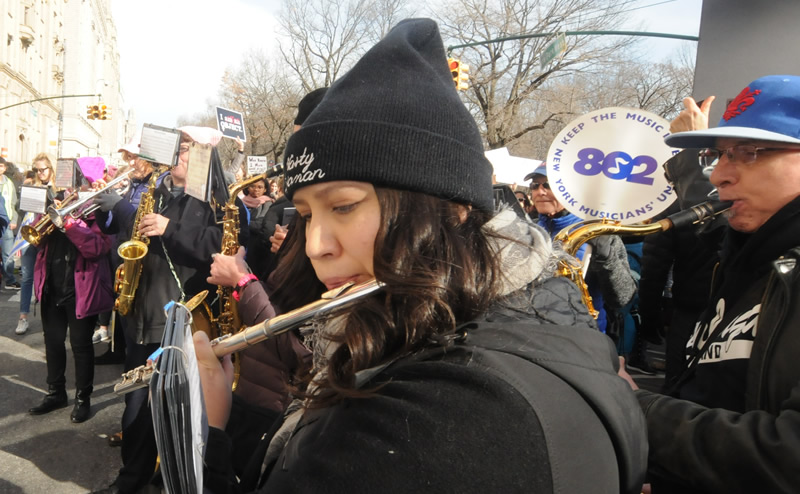 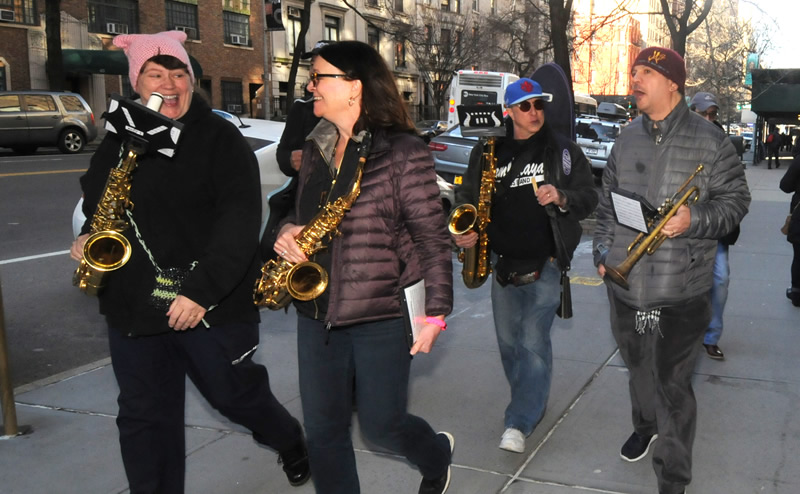 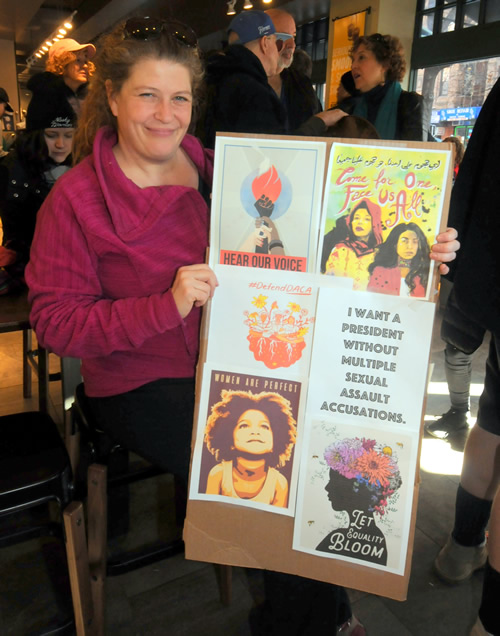