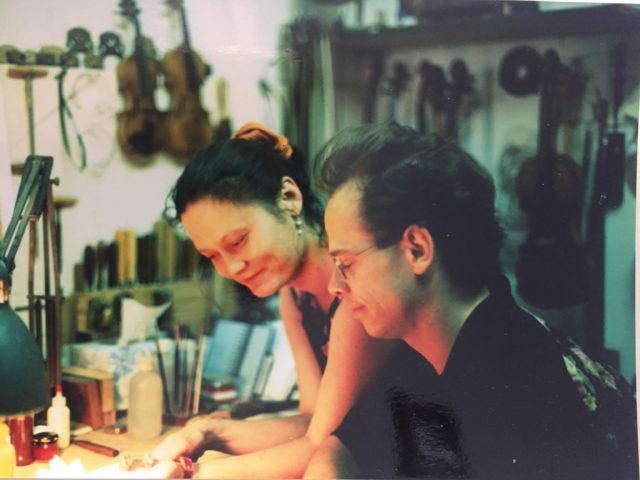 Marya Columbia, 63, a violinist and a member of Local 802 since 1982, died on Oct. 23. Pictured above: Marya with her husband Ron Fletcher. More photos below at the end of the article.

My aunt didn’t know her name until her first day of school, when her teacher called out “Marya” and pointed at her. When she was a baby, her father called her a little muffin. The nickname stuck. She later learned that instead of writing Mary Alice on her birth certificate, the nurse wrote MaryA. Like most things in her life, Muffin took what she had and ran with it.

Muffin (or Marya Ursula Columbia) was generous to a fault, and only judged others if she found their own generosity lacking. She oscillated between extreme socialness and independence. When she was little, she and her family – two parents, five kids – spent years living in two rooms in the Margaret Hotel in Brooklyn. She’d fall asleep early in the bathtub to get a room of her own, then wake up later – after everyone else had gone to bed –to have the place to herself. During school, she’d file away funny interactions and practice imitating classmates and teachers. She’d bring home stories to her mother Tsuneko, who would watch her daughter act out the day’s antics with glee. “Echo had a hard life,” she explained to me once. “I’d do anything to make her laugh.”

An aunt, Daphne Duback, bought Muffin her first violin and paid for her music lessons. When she was seven or eight, Muffin was riding the subway alone when someone tried to steal her instrument. She chased him down and grabbed it back. She was fearless and loved her people fiercely. If you were ever in a fight, you’d want Muffin in your corner. (And you’d also do almost anything to make sure she wasn’t against you.) She lived her whole life bravely, and died that way, too.

Muffin was part of the group of musicians who played at St. Paul’s Chapel during the 9/11 recovery efforts. It’s likely that her work there contributed to her lung cancer, which was diagnosed in May. When I asked her if it was worth it, she told me she’d do it again. She told me this while in the hospital, in June, when she was nauseous from radiation and having trouble breathing.

She petitioned for health coverage under the World Trade Center Health Program. Because she lived by Ground Zero, she would have been covered as a “survivor.” But she applied as a “responder,” even after she was told she wouldn’t qualify, because she believed that musicians should be covered. Muffin, her husband Ron, and Lydia Leon of the World Trade Center Health Registry worked hard and advocated for themselves. In October, she was admitted to the program, and became the first musician to receive benefits through the program. She did it out of principle, and to make sure that other musicians could access those same benefits, too.

Muffin was born in Greeley, Colorado, on April 22, 1956, while her mother was visiting family. She moved from Brooklyn to the North Bronx when she was seven, and – aside from stints in Venezuela, and North Carolina – spent her life slingshotting between the boroughs. Muffin was a perennial freelancer: she joined Local 802 in 1982 and toured with the New York City Opera as the principal second violinist; she played with Josh Grobin; and – when she was younger – busked on the corner of West Broadway and Spring Street in SoHo. She played principal second with  the Opera Saratoga orchestra for years. She was a teacher and took great joy in her students. She taught everyone, from little kids to adults. One of her favorite students, an eight-year-old, visited her in the hospital to squeak out a rendition of “Despacito.” She was also a wife, a sister, an aunt, a friend, a chef, a drinker, a storyteller, a performer, a bargain-hunter, a velvet-wearer and a lover of good fabric. She was so many things to so many people.

She had an incredible collection of designer shoes, many of which she never wore, all purchased at thrift stores.

In 1989, she married Ronald Leo Fletcher, a luthier. She played with a bow he made for her, on a tiny violin they found together in a Massachusetts flea market. When asked how she knew Ron was “the one,” she said, “I just couldn’t imagine life without him.” They celebrated their 30th anniversary in October, shortly before she died.

Muffin spent the last months of her life at home, surrounded by people who loved her. Ron and Isabel, their niece and my sister, worked so hard to make those months okay. They were supported by dozens of people – musicians, neighbors, and family who brought more food than we could eat. They were also supported by Muffin, who made an impossible situation fun. She made everything fun, always. She was strong for us the whole way through. She gave us love and comfort and food. And even in the end, when she was in pain, she fought hard to hide it from us.

The last thing she said to my sister: “I don’t want you to think I’m abandoning you.”

The last thing I heard her say: “Love you.”

Muffin died on Oct. 23 in the evening.

She died holding the hands of two of her nieces, listening to her best friend Cora tell stories about childhood summers in Maine, in a house full of light and love. We like to think that was nice for her.

She is survived by her husband Ron Fletcher; her siblings Susanne, Anne, Thomas and Francis; her nephews Leo, Mark, Quinten and Kirk; and her nieces Aurora, Ashley, Isabel and me.

We are devastated. But she wanted a party, and so we’ll give her a party. Please join us on November 20th from 4-10pm at the Park Hill Racquet Club, 253 Van Cortlandt Park Ave, Yonkers. 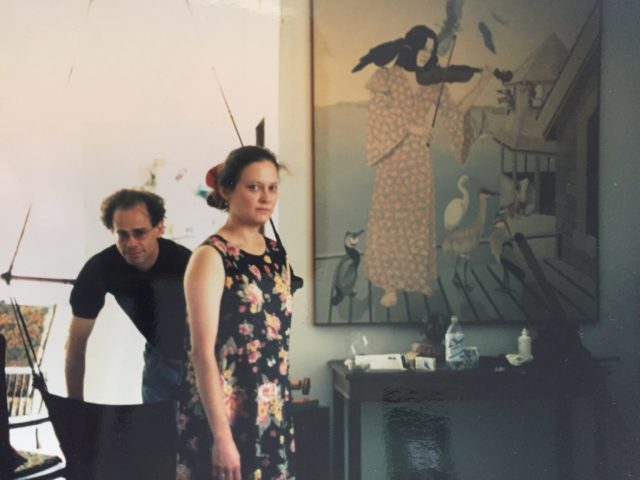 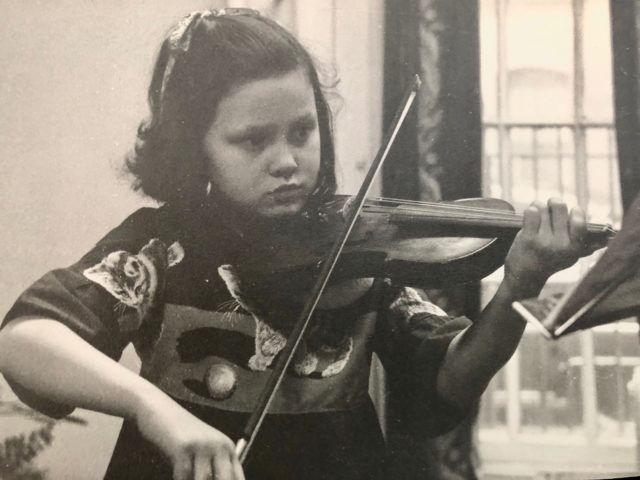