The #MeToo movement has brought out many personal stories of sexual harassment. The sharing and identification of these unethical, immoral and illegal violations will hopefully go a long way toward eradicating them. The movement has also reminded me of other impermissible discriminatory practices in the workplace. Musicians are particularly at risk of being discriminated against on the basis of their age because of a prevalent misconception that their skills decline as they get older. In fact, just the opposite is true. Just ask Mick Jagger or Itzhak Perlman! However, many older musicians are asked to retire or find themselves replaced by younger musicians. Several years ago, Allegro published a feature on age discrimination. (See February 2013 issue.) In my contribution to the story, I reported that the Equal Employment Opportunity Commission had recently taken the extremely rare step of initiating an age discrimination suit against one of our flagship ensembles in NYC.

As I wrote then, the EEOC’s mission is to prevent employment discrimination based on factors such as age, sex or race. But the agency declines to pursue the vast majority of discrimination complaints it receives. The EEOC first must find that the complaint has merit. Even then, the EEOC will often only pursue cases that have significant public interest, since part of the EEOC’s Congressional mandate is to educate and increase public awareness of the application of civil rights laws.

For this reason, when the EEOC initiates litigation, it seeks public exposure of the suit and details the nature of the suit in press releases issued to the media. In the case I wrote about, the suit was initiated against the American Ballet Theater due to its alleged discrimination against an older musician who was being replaced on the orchestra’s roster. As a result of the suit, ABT entered into a settlement decree that included injunctive relief barring future discriminatory practices and requiring periodic monitoring by the EEOC.

The EEOC’s decision to prosecute the case was due to its realization that public awareness needed to be raised about these improper practices. Unfortunately, the matter did not receive the level of exposure that it should have. If the suit had had its intended impact, it might have spared John Wetherill – a 63-year-old bassoonist with the Indiana Symphony Orchestra – the trouble of having to initiate an age discrimination claim against that orchestra. That suit contains facts similar to those alleged in the ABT suit. 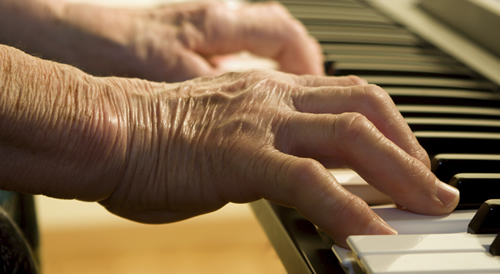 When a conductor or music director looks at you and sees “experience lines” or old age, does that end your job prospects? Age discrimination is illegal, but it can be hard to fight. Photo: Sedmak via istockphoto.com

The Indiana Symphony Orchestra’s new maestro, Krzysztof Urbanski, had allegedly engaged in discriminatory practices against older orchestra members shortly after he was hired, such as requiring them to attend impromptu meetings. The maestro allegedly began singling out Mr. Wetherill. According to the complaint he filed in federal court, the conductor asked Mr. Wetherill to step down as principal bassoon in order to nurture a younger player into the principal chair. When Mr. Wetherill refused to yield his chair, Maestro Krzysztof became highly critical of his playing. After Mr. Wetherill filed a complaint with the EEOC, he was suspended without pay for two weeks under the pretense that he was using an electronic tuner during rehearsal!

In late February of this year, Mr. Wetherill settled his suit. The terms of the settlement have not been disclosed, but apparently since the suit was not prosecuted by the EEOC, no injunctive relief was issued and the orchestra was not forced to publicly admit any wrongdoing or undertake any public remedies. In fact, the orchestra called the claims “outlandish” and “baseless.” Since there will be no trial of the claim, we will never know if those assertions are true.

However, what we do know is that attention to age discrimination and other discriminatory practices in the arts must be brought to the fore.

So what should you do if you feel you’ve got an age discrimination complaint?

My article last month noted that NLRB board member William Emanuel had an apparent conflict of interest in several decisions that weren’t good for workers. In a stunning turn of events, the board’s ethics official has determined that at least one of those decisions should indeed be vacated based on
Mr. Emanuel’s conflict of interest. I’ll write more in the next issue.