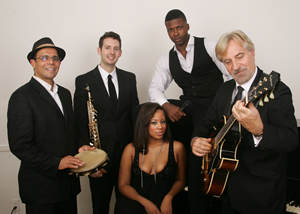 The new Single Engagement Club Date Agreement has finally arrived. This agreement is utilized for club dates and one-off concerts (non-classical). After more than a year of negotiating for better wages, benefits and working conditions, the agreement went into force on July 15. The new term runs until April 2022.

The agreement includes improvements suggested by club date musicians and their bargaining committee. Musicians were, of course, in need of better wages, especially for the work done on Sundays, something that all felt was underpaid relative to the top Saturday scales. (To view the full rates, members can log into our member portal and click on MEMBER DOCS.)

Another major complaint was the insufficient cartage fee, which had languished at $15 and no longer reflected the realities of getting to engagements in our area. Ultimately, we settled at $25, a 40 percent increase. While this fee may still fall short of real world costs, it represents recognition on the employer side that the old rate was not fair. 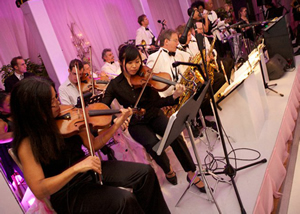 Health contributions also saw major gains for single engagements, rising to $40 from $32, a 25 percent increase that should help more members reach the threshold of contributions needed for coverage under Plan A or B. Increases to the Health Benefits Fund’s Program Employer rates also went up by $4 in each tier.

Another major bump was to the overnight rate, previously set at $55. Musicians have been unable to find decent accommodations at this amount and we were able to make our point. Now if an out-of-town engagement ends after midnight, the employer must provide hotel accommodations or pay musicians $100.

Other improvements were in the waiting time hourly rate, previously a low of $7.50 and now tied to New York State minimum wage, which will be $15 per hour as of Dec. 31.

We thank all the members who contributed their time and ideas toward bettering this important keystone agreement.

A significant accomplishment was the settlement of a longstanding grievance with Hank Lane Music centering on that company’s relationship with Henry Marks, an agency supplying non-union club date bands. It was Local 802’s contention that this relationship constituted a form of “double-breasting” or “dual shop,” as it’s known in labor law. Hank Lane Music refuted this. To settle the grievance, it was agreed that five bands from among the Henry Marks roster would now file Local 802 single engagement contracts while another group would maintain the status quo with Marks. The settlement ensured that no further bands would be added to the Henry Marks roster and that as bands left Marks there would be no replenishment. The result will be that eventually Marks will cease to exist and all work will come under the Single Engagement Club Date Agreement as signed by Hank Lane Music.

Wages –  Increases in all categories: including a more than 4 percent first-year increase in Saturday night scale and a 12 percent increase in Sunday 4-hour scale, and further bumps every April through 2021.

Health – Increase in single engagement contribution to $40/person (up from current $32), as well as increases in “program employer” contribution rates

Overnight rate – If out-of-town engagement ends after midnight, employer must provide hotel accommodations OR pay musicians $100 (up from current $55)

Wait time pay – if engagement is more than 3 hours after a rehearsal, musicians shall be paid at the NY State minimum wage per hour or part thereof for the extra time (up from current $7.50)

Mileage – increases in pay for car travel to engagements more than 25 miles from NYC (rate goes up $0.50 each year for passengers, and $0.01/mile each year for those driving their own vehicle)

For more info, please call (212) 245-4802 and ask for the Organizing and Field Services Department