The Local 802 softball team played its heart out this season. As usual, we competed in the Performing Arts Softball League, a 12-team league composed exclusively of Broadway unions and other entertainment professionals in New York City. As of this writing, the Local 802 team has won the regular season division championship and heads into the playoffs as the #1 seed. For information on playing next year, e-mail Clint Sharman at Clint@TromboneMan.com or Louis B. Crocco at LBCROCCO@aol.com. Photos by Walter Karling. 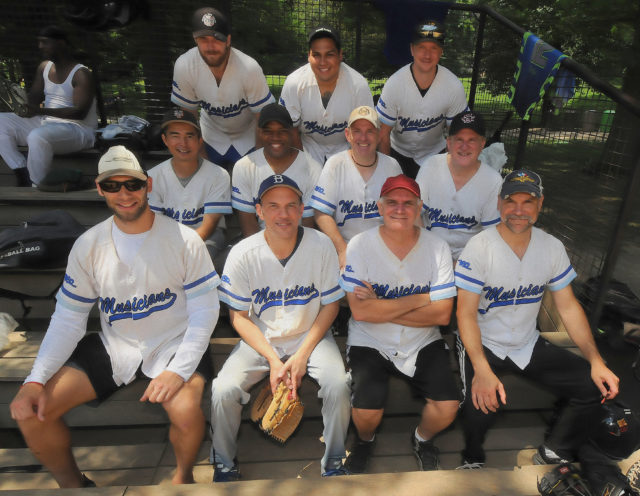 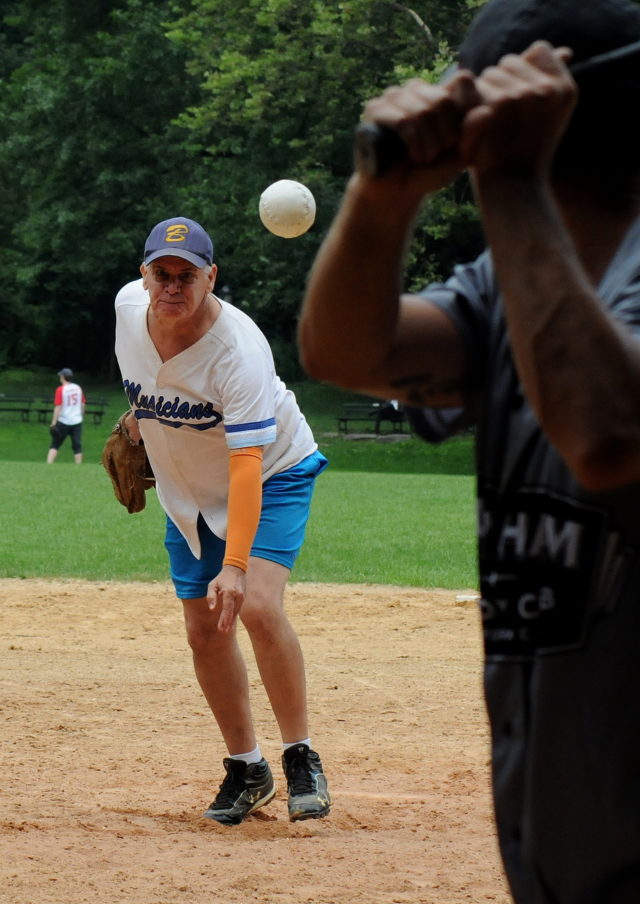 Bennett Beckenstein behind the plate 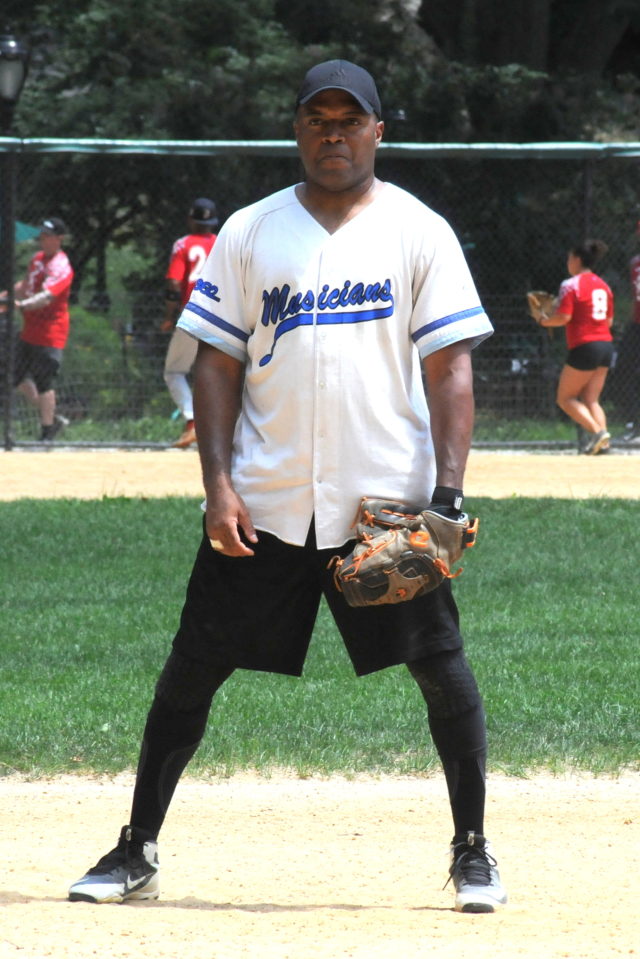 Shawn Andrew at third base 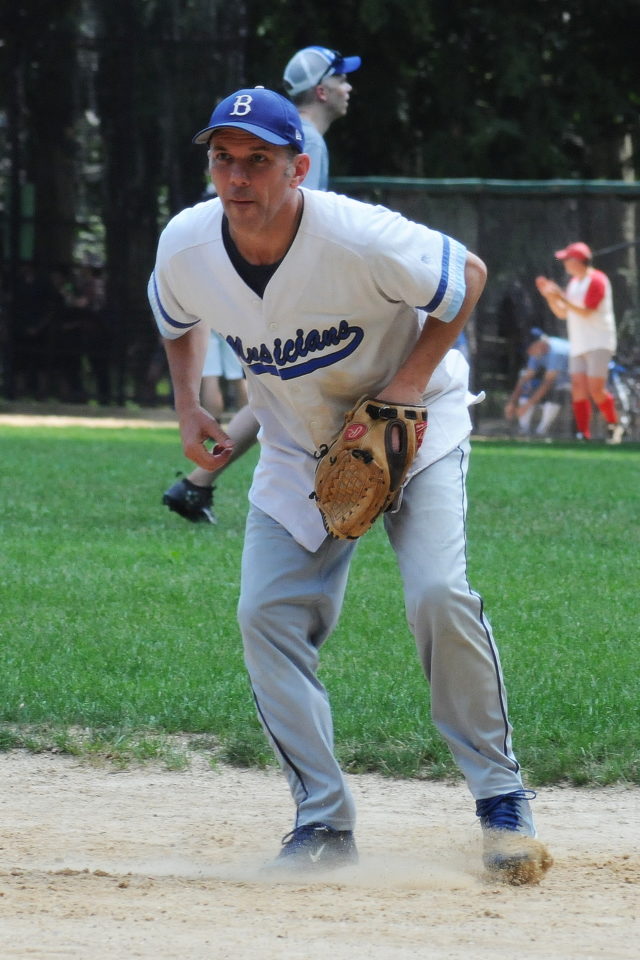 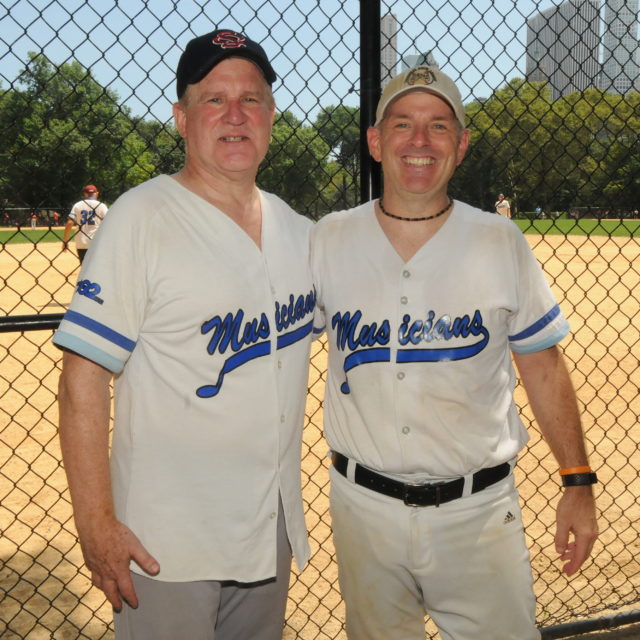 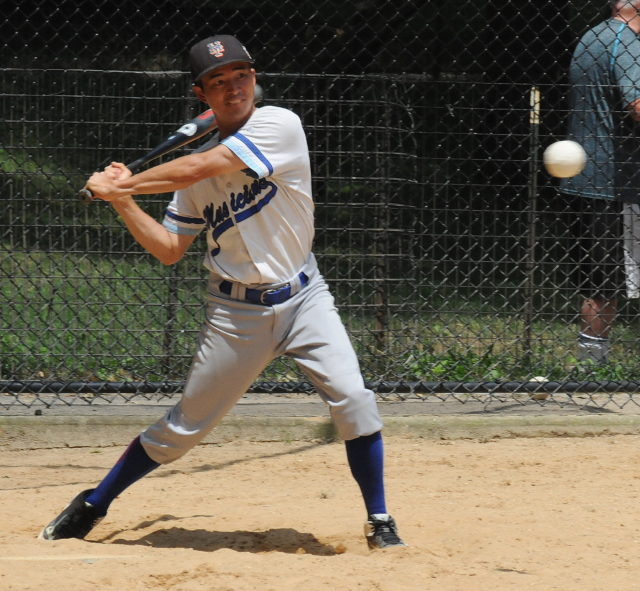 Eric Wu is swinging away 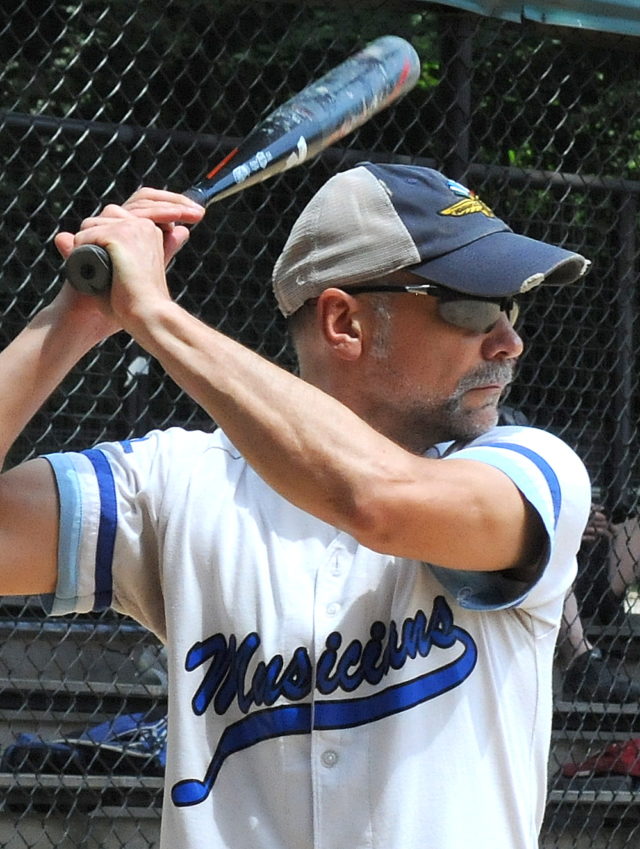 Greg Stuhr stares down the pitcher 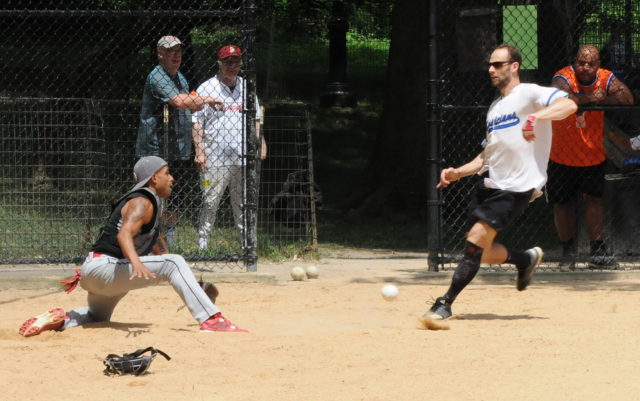