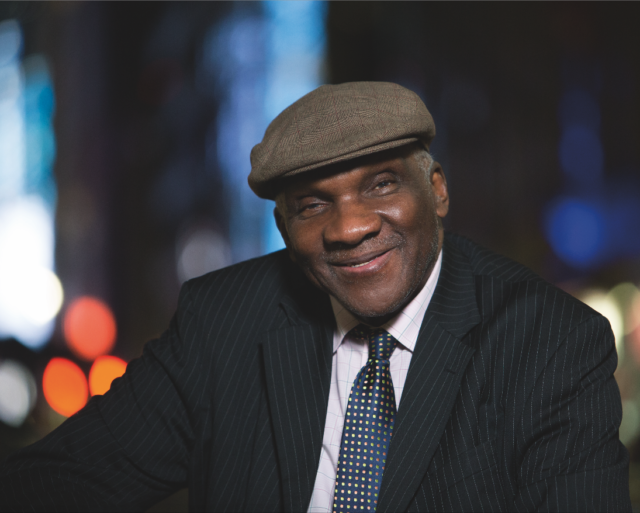 Harold Mabern, 83, the jazz pianist, died on Sept. 17 after being a member of Local 802 since 1960. A product of the fertile Memphis music scene of the 1950s, Mr. Mabern enjoyed a career lasting more than six decades. He was renowned as a master of jazz and blues styles and worked with Miles Davis, Lee Morgan, Wes Montgomery, George Coleman, Freddie Hubbard, Stanley Turrentine and Hank Mobley, and – in his later years – with a new generation, including Eric Alexander, Peter Bernstein and Christian McBride. Mr. Mabern came of age soaking up the music of Memphis masters, in particular the great Phineas Newborn Jr. He attended the city’s Manassas High School, whose music program also boasts such illustrious alumni as Frank Strozier, Charles Lloyd, Booker Little, Hank Crawford, Isaac Hayes, and tenor titan George Coleman. Mr. Mabern and Coleman would enjoy a lifetime friendship and collaboration, stretching from the pianist’s 1968 debut “A Few Miles From Memphis” to his final session, the saxophonist’s forthcoming release “The Quartet.” Mr. Mabern moved to Chicago in 1954, where he made his name accompanying the city’s hard-blowing tenormen, including Johnny Griffin, Gene Ammons and Clifford Jordan. While there he and fellow Memphian Frank Strozier joined drummer Walter Perkins’ MJT+3 quintet; in 1959 the group relocated en masse to New York. There Mr. Mabern’s career took off, landing him in leading groups like Lionel Hampton’s Big Band, Art Farmer and Benny Golson’s Jazztet, and a run at the San Francisco club the Black Hawk with Miles Davis in 1963 (reuniting him with Coleman). The pianist signed to Prestige in 1968, launching his own recording career as a leader, which would continue to run in parallel with his prolific sideman work. He also was a member of two multiple-piano ensembles: the six-keys Piano Choir and the Contemporary Piano Ensemble. Mr. Mabern released more than 20 albums as a leader or co-leader and performed on nearly 100 releases as a sideman. In 1981, Mr. Mabern began teaching at New Jersey’s William Paterson University, a position that would last for 36 years. Students of the late venerable educator include Joe Farnsworth, Bill Stewart, Roxy Coss, Freddie Hendrix, Tyshawn Sorey, Mark Guiliana and Eric Alexander. Mr. Mabern is survived by his children Michael and Roxanne and granddaughter Maya. Edited from an obituary provided by DL Media.

‘Harold will be missed deeply in our community, and by me’

It’s autumn in New York, the most beautiful season here in the Big Apple. But also one of the most reflective seasons for me this year. We have suffered so many losses in the jazz community recently. For me personally, I am especially mourning the loss of the great Harold Mabern, world-class pianist and mentor to many of today’s top jazz musicians.

I first met Harold at the Stanford Jazz Workshop back in 2002. Harold introduced me to William Paterson University (my alma mater), and he also ended up being my first combo coach during my first year, when I started studying there in 2004. I had the honor and pleasure of studying and performing with him ever since that first meeting at age 16.

Harold’s presence was always felt reverberating throughout any school or club he was at. “Mabes” was one of the most positive, encouraging, and energetic human beings I have ever met. I never heard him speak poorly of anyone. Yet you knew exactly who he believed in, respected and enjoyed, because he was always an outspoken advocate – usually for his current and former students (including myself)and the William Paterson program and community in general. He was always overflowing with his joy for and knowledge of the music, and mostly just cared about sharing that knowledge and joy with anyone who wanted to listen.

Harold always supported me. I would hear from random acquaintances that he was talking about me on stage at various concerts. Sometimes he would just show up to my shows and sit in the front row, responding vocally to my playing and compositions. I saw him a few days before he passed away, and he was his same old, energetic, encouraging self. He said, “I always knew you were one to watch! Didn’t I tell you? Roxy Coss, she’s going places!”

He also never stopped educating me. He was still telling me about different musicians to check out, and was always interested in what the young musicians were doing. I gave him my new album to listen to, and he was still making his weekly pilgrimage from Brooklyn to NJ to teach at Willy P until his last day.

Harold will be missed deeply in our community, and by me. I hope to carry on his memory by trying to be more positive, more in the moment, and always striving to get better, share my knowledge and experiences with the next generation, and let everyone know about the great Mabes and his amazing music and spirit.

This essay first appeared at RoxyCoss.com. 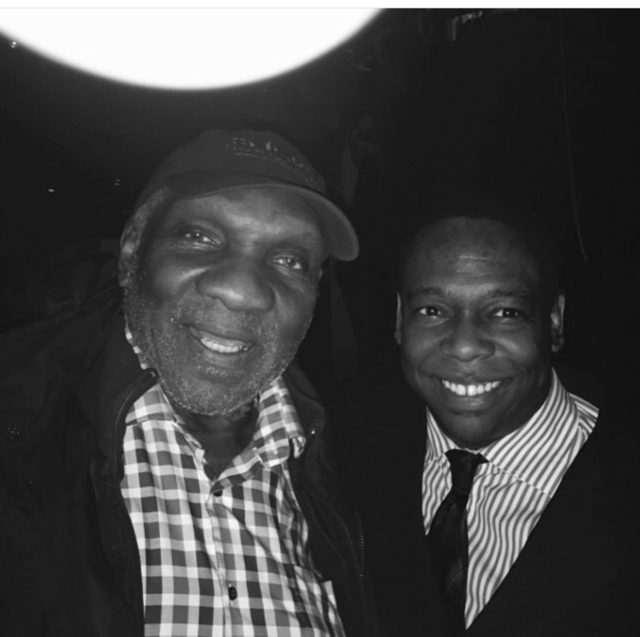 ‘We love and miss you madly, Mabes. Rest in power, professor’

Professor Harold Mabern was one of the greatest teachers you could ever want. He lived his life by these creeds:

(“The shed” that he refers to is the “woodshed,” a nickname for any practice room. In a larger sense, it is the realm of creativity and intense study where you formulate your ideas before presenting them to the public for consumption.)

As a first-year student at William Paterson, I was placed into Professor Mabern’s small group ensemble, which was composed of juniors and seniors. I was intimidated; everyone was better than me! But Professor Mabern helped me to overcome all of my fears. He would teach everyone equally.

One of his most important methods was teaching us tunes by ear. By learning music this way, it stays with you forever. There are songs that Professor Mabern taught me back in the 1990s that I still remember to this day.

He would also make us play pieces all kinds of ways. If there was a song that was normally played at a fast tempo, he would make us play it as a ballad or bossa nova. If it was a pop song, we might swing it. For instance, the up-tempo standard “Cherokee” is well known to jazz musicians. It’s a real workout. Professor Mabern had us play it as a ballad – and modulate to a new key every time we got to the bridge, through all 12 keys. Can you imagine that?

When I couldn’t do something (which was most of the time), he was there giving me encouragement. He used to say to us, “What type of musician are you going to be? Some musicians are what I like to call brag-a-docious, with too much confidence. And other musicians don’t say anything and let the music speak for itself.”

Professor Mabern never ever bragged about himself or his accomplishments. He was a firm believer that music was bigger than everyone. He knew that there’s always a piece of music that can beat you up, something that totally challenges you. This fact alone should keep all musicians humble.

Professor Mabern always knew that I idolized Lee Morgan and Freddie Hubbard. There was a time when I was transcribing a Freddie Hubbard solo from the track “Manha de Carnival” (better known to American audiences as “Black Orpheus”) from Hubbard’s 1963 album “The Body and the Soul.” When Professor Mabern heard me practicing this solo from down the hall, he knocked on the door and entered my practice room to tell me that I sounded pretty good and that he was familiar with that solo because he had transcribed some of it too. He said that it was one of the most melodically constructed solos ever. That day somehow bonded us for life. He would often quote that solo to me when we played together. That always stayed with me, because I never heard Professor Mabern play back anyone’s solo other than that one and also Miles Davis’ solo on “So What” when we recorded it together on the album “To Love and Be Loved.”

Speaking of that album, I was extremely honored and pleased to appear on it. It was Professor Mabern’s second-to-last recording as a leader. When we did the album, it had been some years since I had been in school with Professor Mabern under his tutelage, but he still had the same standards and expectations. I arrived at the studio ready to record just one song, which was Lee Morgan’s “The Gigolo.” We ran over the melody and then Mabes said to roll the tape. Seconds before we start, Eric Alexander said to me “Fred, dig down deep and play your best stuff. You know how we do things here.” I didn’t get all of what he really meant, because after the first take, I said, “O.K., I’m ready to do one more take.” And Eric said, “That was it, Fred. Mabes only does one take per song. I’m sorry but that’s how it goes.”

I had forgotten that in college, Professor Mabern would every so often do an exercise with us, where he would have us play a solo. Afterwards, he would say, “If this had been a real recording, that is how you would have sounded.” He was telling us to always play our best, that sometimes we only get one take. It was his way of giving us a reality check to keep us grounded and to remain a humble servant of the music. No praises. He would always keep us striving to be better than we were.

I was only supposed to play on one track for the recording. The producer Paul Stache enjoyed it so much he came up to me and said, “Do you know McCoy Tyner’s ‘Inner Glimpse’?” I said, “Yes, I think I can get through it.” Then after we finished that, Paul came up to me again and said, “That was cookin’! Mabes is going to record ‘So What.’ You might as well play on that one too!” So I went from one song on the album to three!

My main point is this. If ever you played gigs or jam sessions with Professor Mabern, you knew to expect high standards, but you wouldn’t always necessarily know what song was going to be called. If you knew the song, great. But if you didn’t, you had to figure it out right on the spot. It was all or nothing once you stepped on the stage. Sink or swim. And if you folded on the tune during the gig, you were expected to go home and study it. The next time, he would call the same tune on you to see if you did your homework. That was his aim. To keep you on your toes. To keep you hungry for the music. To take seriously everything we played on the stage – but also to have fun and remain humble in the process.

How ironic is it that my only recording with Professor Mabern is entitled “To Love And Be Loved.” Harold Mabern did just that. He loved his wife. He loved his children. He loved his students. He loved his peers. He loved the music. He always upheld the highest integrity as a human being, father, husband, college professor, bandleader, and student of the music. This is the kind of person he was: he went out of his way to buy my firstborn child Naima one of her first baby outfits from Macy’s. And every now and then, would dig in his pocket to hand me $5 and say, “Stick this in Naima’s piggy bank.”

Harold Mabern was one of the greatest people who ever walked the planet. We love and miss you madly, Mabes. You are gone but not forgotten. You will live on through all of us. We are forever eternally grateful for your many blessings and contributions. We salute you. Rest in power, professor.