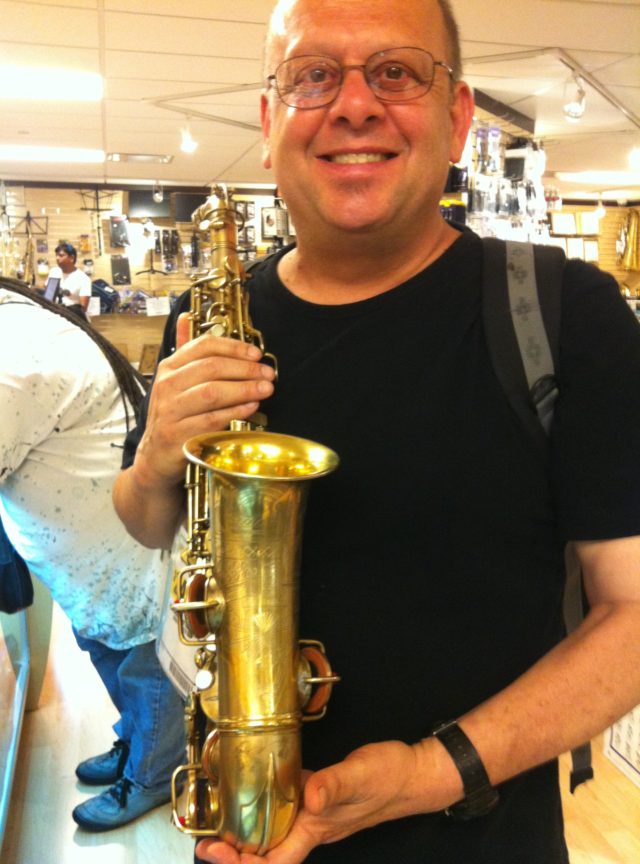 Michael Migliore, 64, a saxophonist, flutist and clarinetist, died on May 13. He had been a member of Local 802 since 1981. Mike had a tremendous career as a musician and held a special place in the 802 music community. He was a special person whose warmth, kindness and great sense of humor touched the lives of many. Mike will be remembered as an amazing father, husband, friend and musician who had a profound effect and influence on all who were lucky to know him. Local 802 extends our most heartfelt condolences to Deb Assael-Migliore, their children and the entire Migliore family. On these pages are tributes from just some of Mike’s fellow musicians.

I’m deeply saddened to hear the news that my friend Mike Migliore has died after a long courageous battle with cancer. “Migs,” as he was called by his friends and colleagues, was a musician of the highest order and an even greater human being. I first saw him when I was in high school and Maynard Ferguson came to perform. Migs was playing lead alto. I think he was only 18 or 19 years old. That performance changed my life. After witnessing that concert, I knew I wanted to be a professional musician for life! We worked together over the years in many different bands and we always stayed in touch. Nearly every time I played Birdland over the past 10 years, Migs would come in and we would hang. He was always extremely supportive of me and my career. The last time I saw Migs a few months ago he didn’t want to talk about his cancer. He basically said it was too late. But what he did want to talk about was how great his son was doing on the upright bass. He was so proud of him, telling me he was starting to work with cats like Pete Malinverni and others. Migs’ eyes lit up with that boyish enthusiasm that we all came to know and love. Everyone who knew Migs is heartbroken now. This is a really tough one. My sincerest and deepest condolences to his wife and family and friends. – Doug Lawrence 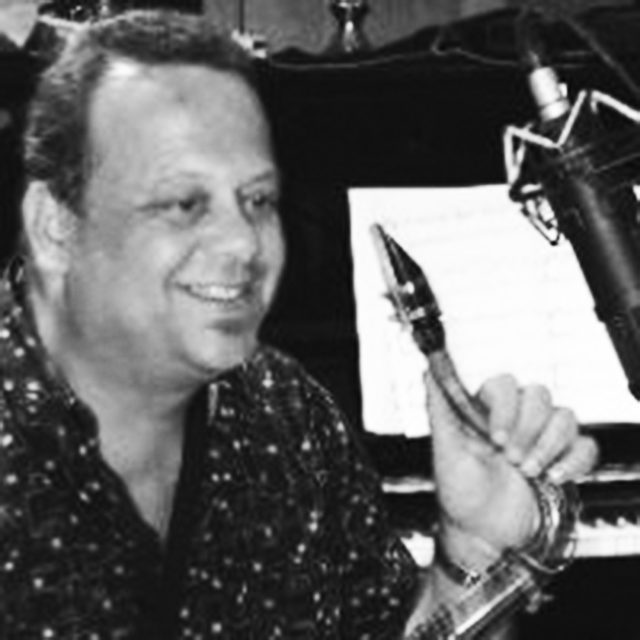 I‘m saddened to learn of the passing of the great alto saxophonist Mike Migliore. He was a much respected musician and beloved man who burst onto the scene at an early age as a standout soloist with Maynard Ferguson, and inspired a lot of young saxophonists along the way. We didn’t work together often, but toured Europe and Japan together with Gerry Mulligan’s band. I considered Migs to be a friend, and was always happy the few times over the years when we would run into each other. I would like to share a few recollections, and I’d also like to recommend a recording of Migs and me playing consecutive solos on Jen’s Wendleboe’s cool big-band track “Nix Vogel,” from the 2012 album “Fresh Heat.” During my high school years, there was a particularly memorable evening when my trumpet playing buddies and I went to hear Maynard Ferguson’s concert at the Beacon Theater. Mike Migliore – barely much older than me at the time – impressed me so much with his solos that I was even a bit in awe of him. The very next day I happened to go to Giardenelli’s music shop on 46th street in Manhattan to test trumpets. I was deep in the zone, deploying my best jazz licks in a windowless practice room when there was a knock on my door. I open the door and it’s Mike Migliore! I had no idea he was even in the store, but he had heard me through the wall and said he just had to find out who I was! I am sure Migs was surprised to discover that I knew who he was, but his compliments about my playing were a huge confidence booster. I never forgot that first moment of our chance meeting, and realize that he inspired so many players with his sincerity, personality and great playing. I found myself on tour with Migs just three or four years later in the summer of 1982 with Gerry Mulligan’s Concert Jazz Band. I remember his antics on the bus, and his memorable solos. During this time I was the youngest player on the band – a true rookie – and mostly kept to myself. But there was that one night of drinking in Rome with Migs. As we were walking back to our hotel in the wee hours, Migs said to me, “When we get back to New York, let’s start our own quintet together.” I never forgot that great moment, even though I wasn’t sure if he was serious. Although we never did put that jazz quintet together and I did not see Migs very often since those early days, we did have the opportunity to record and perform together with the great Norwegian trombonist/composer Jens Wendelboe. Now I treasure it and feel a deeper affection for the musical moment on the track “Nix Vogel” when Mike Migliore hands the baton over to me during our solos. Migs was one of those people who you might not see for 20 years at a time- but you always knew he was there and was your friend. I am not aware of the circumstances of his illness, but I truly hope that he was aware of how universally beloved and respected he is. I will miss you, Mike Migliore, and I wish peace to you and your family. To all his close friends – as I was only a peripheral friend and still Mike meant so much to me – I send my condolences. – Chris Rogers 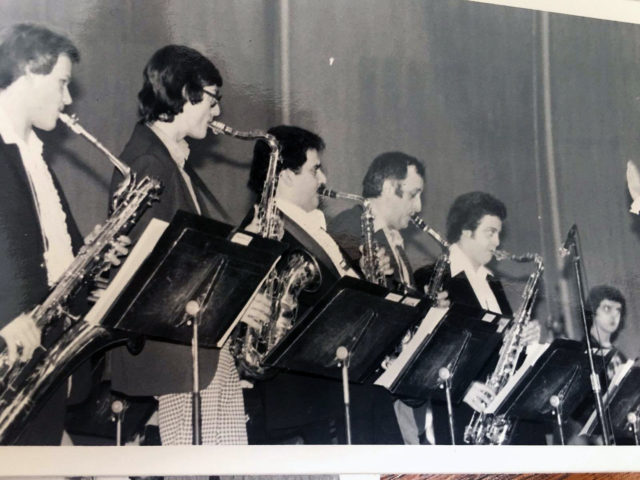 Mike Migliore (at end of the line on the right) in the Buffalo State Jazz Ensemble.
Photo from the early 1970s.

Hard morning after hearing about the passing of a very special friend, Mike Migliore. Mike was the spearhead of a long line of great saxophone players to come out of Buffalo. Years ago when musicians back home found out I would be studying at SUNY Puchase, so many of them told me to look out for Mike and what a great player he was and to send their regards if we ever cross paths. The first time we crossed paths was when I went to hear the Count Basie Orchestra in Syracuse in 2009. I met him quickly backstage as the band headed to the bus. It was so inspiring to see and hear this hometown hero doing his thing with the Basie band, of all bands! Our paths crossed again a few years ago when I decided to give him a long overdue call to reintroduce myself and see if we could get together. He told me to come hang at Birdland where he was playing a few nights later. We instantly bonded over a night of talking about home, the jazz scene in Buffalo when he was growing up, and stories about his teacher and fellow Buffalo saxophone legend, John Sedola (whom I had heard about from every single saxophone player back home). It was a great night. A few months later I was fortunate enough to share the stage with him subbing in the Birdland Big Band. I was playing lead alto and Mike was two chairs away on my left playing 1st tenor. The whole time he kept leaning back looking at me with a huge smile on his face saying “Yeah, Bill!” and “Buffalo!” He was beaming, and so was I. It was a great moment that I’ll always cherish. He was so incredibly kind to me and was always looking out for me. Kindness was a trademark of his and he was loved by everyone who knew him. I wish we got to spend more time together and I will miss him forever. My deepest condolences go out to his family, whom he talked about all the time and loved very, very much. Rest in peace, Mike.  – Bill Todd 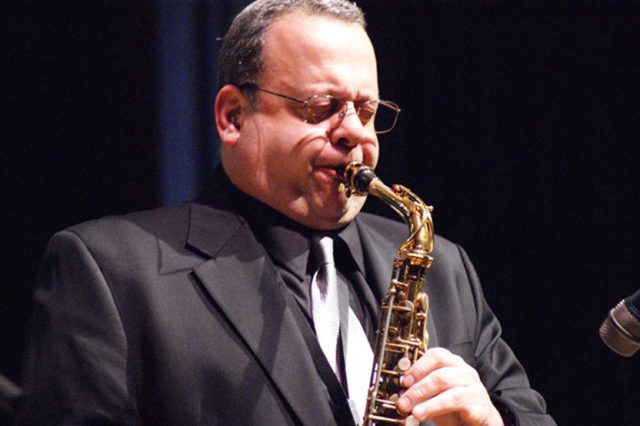 I am saddened by the passing of Mike Migliore. We studied with the same saxophone teacher in Buffalo, the great John Sedola. I idolized Mike. Us younger guys all wanted to play like Mike! I remember Mr. Sedola proudly pointing to the postcards on the studio wall from all over the world that Mike would send back home from Maynard Ferguson’s world tours. I was in awe of his talent and thoughtfulness. Only a few years later we would finally meet and play together in NYC in all kinds of different groups. We instantly bonded over our mutual love for music, Buffalo, Mr. Sedola, horns, mouthpieces and so many other things. He was very generous sharing his knowledge. He would always ask me about my latest trip back home. He would tell me what a great musician my father was. He would tell me, “Please say hi to your mother – she’s a great lady!” He would also say to me, “Yah, man! Sedola would be proud!” and then go into his John Sedola impersonation: “O.K., Daaaaan, let me see that reed!” Mike was my friend. He was my hero. I am so grateful to have known Mike. My deepest condolences to his wife, Debbie and his beautiful family. – Dan Willis 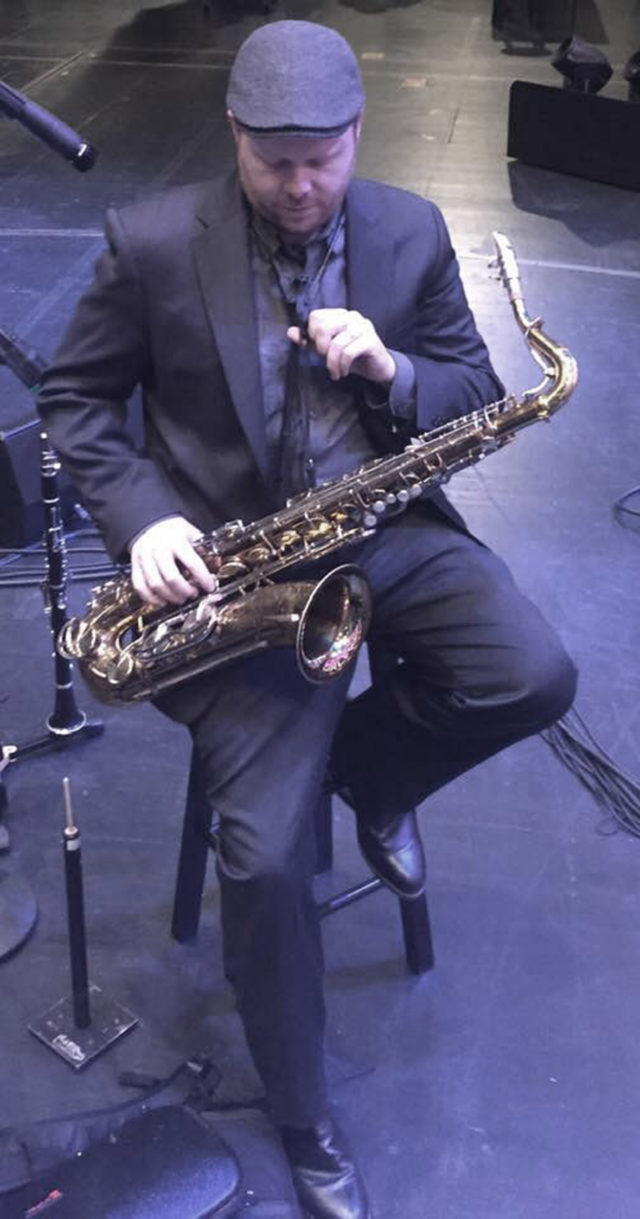 This King Super 20 tenor saxophone pictured at left belonged to Mike Migliore. The last time I saw Mike, he asked me what tenor I was playing these days. I started going on about my King Super 20 I just bought. He said, “Man, I used to play a Super 20 that I loved, but I had to sell it.” I was a bit shocked, and asked him if he had sold his horn through Tony Salimbene. His eyes got wide and said, “You’re playing my horn!” We had a great laugh about it. I thought about Mike and this story as I played the horn for a sold-out crowd at Radio City a few weeks ago. – Dave Noland