While the government shutdown represents “the perfect prop for Trump’s racist stagecraft” – as writer Jud Lounsbury cleverly puts it – Hispanic/Latinx artists and policy makers of diverse backgrounds come out of the margins to craft their own stages and build their community. Despite the community’s economic and voting power, it’s still underrepresented in all sectors, and still suffers from stereotypical portrayals, racist rhetoric, and an overall negative perception in the media.

According to recent studies, two of the challenges the Hispanic/Latinx community faces is lack of political leadership, and misrepresentation as a differentiated community, at times neglecting our Afro-Latino/as and Indigenous sisters and brothers. To address these issues, the We Are All Human Foundation hosted the Hispanic Leadership Summit at the United Nations this past December. The summit is a non-partisan conference of leaders that goes beyond sectoral interests and politics to discuss and reflect on the commonalities among the Hispanic community, the future that we envision together, and what should be done to thrive. I was honored to be among those invited to attend. Award-winning journalists and artists Maria Hinojosa and Gaby Natale spoke up for the campaign #RepresentationMatters  on behalf of newsrooms, the media and visual arts. Democratic presidential candidate Julián Castro also delivered remarks, reiterating that the rhetoric against immigrants has permeated the mainstream American psyche, demonizing many marginalized people, including the Hispanic/Latinx community.

The main message? The misleading personas often associated with Hispanics/ Latinxs in media and in the arts – along with implicit bias, institutionalized racism, oppressive sexism and blatant bigotry – continue to be an obstacle for the community to thrive. But arts and politics – when merged for the greater good – have the power to change this. 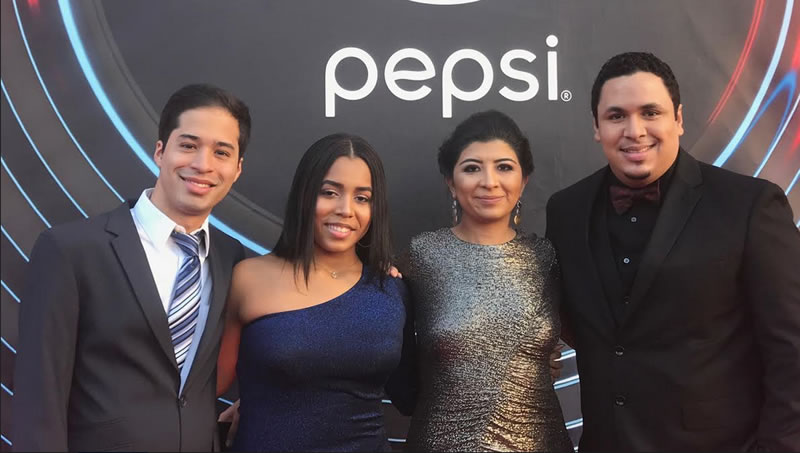 Take for instance, the 19th annual Latin Grammys, which took over the Las Vegas strip in November. Linda Briceño made history for her win as producer of the year. The trumpet player became the first woman ever to win this award. The inspiring moments didn’t end there. Four conservatory students who were awarded scholarships by the Latin Grammy Cultural Foundation were selected to attend the music awards.

The foundation was launched four years ago by the Latin Academy of Recording Arts & Sciences. Focused on preserving, fostering, and elevating Latin genres, the organization has awarded over 150 scholarships to Latin students all over the world. This year, these scholarship recipients became music ambassadors during the Latin Grammys week, representing each of their respective conservatories. These up-and-coming Latin artists are using their talents to create and preserve diverse genres in Latin America.

Flutist Gabrielle Garo is a Latina from Brooklyn with a Dominican father and African-American mother. She studies at the New School. Guitarist Jhoely Garay comes from Mexico, and the scholarship brought her to the City College of New York. Venezuelan Raúl Marcano plays clarinet and studies at the University of North Texas. Rafael Suncar from the Dominican Republic is an alto saxophone master, calling Berklee College of Music his alma mater. The scholarship winners aim to teach music in their native countries while creating memorable pieces that represent all communities with dignity and respect. For them, music is a movement. 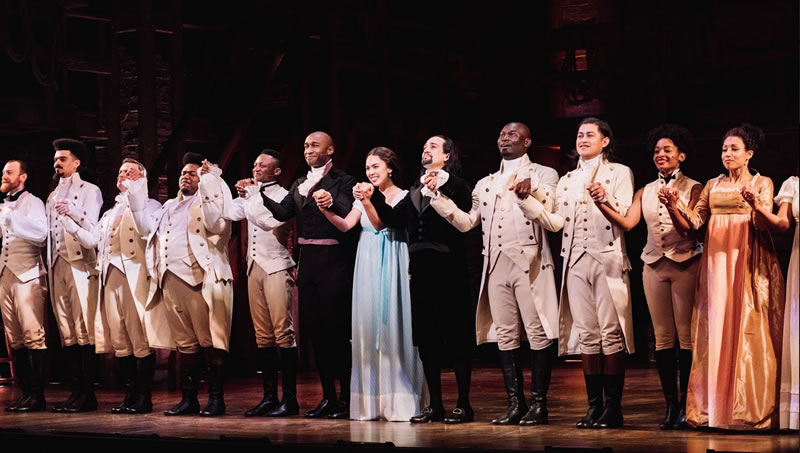 Lin-Manuel Miranda and the cast of “Hamilton” at their performance in Puerto Rico. Photo: Emilio Madrid-Kuser/Broadway.com

And speaking of movements, “Hamilton” premiered at El Centro de Bellas Artes in Santurce, Puerto Rico, in January. The multi-award-winning creator, Lin-Manuel Miranda, reprised his role as Alexander Hamilton, on the birthday of two Caribbean patriots: Alexander Hamilton himself, and Puerto Rican scholar Eugenio María de Hostos. Twenty-one bars into the opening song “Alexander Hamilton,” the profuse standing ovation to Lin-Manuel Miranda’s entrance stopped the show, giving him a well-deserved hero’s welcome. His tireless efforts to rebuild Puerto Rico haven’t gone unnoticed. Having led the raising of $43 million in disaster relief for the Hispanic Federation, the Boricua artist devoted an entire three-week residency on La Isla del Encanto to help the island after Hurricane Maria’s devastation. With it, he captured the world’s attention to a commonwealth neglected by the empire and Trump’s racist agenda. When asked about Trump’s plan to take money from Puerto Rico to build a wall, Lin-Manuel sang a new version of King George’s song: “They say, the price of my wall is not a price that they’re willing to pay,” adding, “I think that’s absolutely monstrous.” The “Hamilton” run helped to launch the Flamboyán Arts Fund, a foundation established by the Miranda family along with corporate partners and political allies. It aims to preserve, amplify and sustain the arts in Puerto Rico. All $15 million collected from the scheduled 23 performances are being donated to the nonprofit institution. Musicians will be able to apply for grants, including those who lost their instruments during the storms.

Finally, circling back to Local 802, the Diversity Committee has put forth an ambitious agenda that includes the #RepresentationMatters campaign, educational events, networking events, and many other initiatives. Our mission: “to work collaboratively, to advocate and support diversity and inclusion in our union, to encourage opportunities for musicians to grow in their own understanding of diversity, and to promote equal opportunity for all. The committee aims to foster a diverse and inclusive environment where all voices are heard and all of us can thrive.”