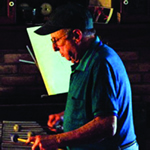 Mr. Charles was known as a groundbreaking vibes player and an adventurous composer, who anticipated post-bop and free jazz harmonies and excursions.

He was a member of the Jazz Composers Workshop from 1953 to 1955 with Charles Mingus and Teo Macero, and recorded with and arranged for Mingus.

In the late 1950’s, Mr. Charles worked as a producer and session player at various record labels. He recorded John Coltrane for Prestige and also produced Zoot Sims. As a studio musician, he backed up Aretha Franklin, Bobby Vinton, Paul Simon, Dion and others. Mr. Charles was said to have taught his four-mallet vibraphone technique to Tito Puente. He even participated in a collaboration with the French composer Edgard Varèse.

Mr. Charles gave up playing professionally for 20 years when he became a charter boat captain in the mid-1960’s, sailing in the Caribbean and living in Antigua.

He returned to New York in the 1980’s, still sailing, but this time playing music again. He played a tribute to Charlie Parker in 2009 with Hank Jones. In 2010, he played a jazz festival in Los Angeles with the drummer Ed Shaughnessy, with whom he often collaborated. He also played recently with trombonist John Mosca.

He is survived by his niece Gail Aronow and other nieces and nephews.

Mr. Charles’ Web site (www.teddy-charles.com) is still active and contains much more information about his life. 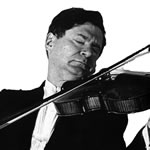 Mr. Glazer joined the Chicago Symphony Orchestra in 1961 under Fritz Reiner. Between 1952 and 1961, he was a member of the Pittsburgh Symphony, Grant Park Orchestra and a principal in the Civic Orchestra of Chicago.

A scholarship student of William Primrose, Mr. Glazer held M.Mus. and B.Mus. degrees from the Chicago Musical College of Roosevelt University. He performed widely as recitalist and soloist with the St. Louis, North Carolina and Hartford Symphonies, among others, and recording for Albany and other major labels.

Mr. Glazer recorded Morton Gould’s viola concerto with the Louisville Orchestra at the composer’s request, as well as viola repertoire and chamber music. He had an important influence on contemporary viola literature through his close collaborations with such composers as Gould, Leo Ornstein, Easley Blackwood, David Ott and David Epstein.

Mr. Glazer was violist of the internationally recognized Glazer Duo, together with his wife Gilda Glazer.

As violist of the Hartt String Quartet, he was a professor of viola and chamber music at the Hartt School, University of Hartford. Mr. Glazer was founding violist of the New York Piano Quartet in 1987, a frequent guest artist and teacher at Music Mountain, Brevard and other festivals, and author of many articles on strings and conducting.

He performed as principal violist for the Little Orchestra Society and the Local 802 Senior Concert Orchestra. He was conductor of the New York String Symphony and the American Chamber Orchestra (Chicago). 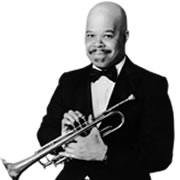 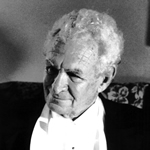 Mr. Kushner was born in Lake Charles, Louisana, but went to New York City for his training. After graduating from Juilliard, Mr. Kushner played with the Houston and New Orleans symphonies, the New York City Opera and the Metropolitan Opera orchestra, before moving back to the south. In 1958, he began playing with the Lake Charles Civic Symphony. He later became the orchestra’s conductor, a post he held from 1978 to 2008.

He was also the conductor of the Rapides Symphony in Alexandria, Louisiana, which he led from 1968 until his retirement in 2002.

During World War II, he served in the Army as a member of the Second Coast Artillery Band. Mr. Kushner also taught music at McNeese State University in Lake Charles for 17 years.

In 1946, he married Sylvia Deutscher, a bassoonist, who died in 1990. Their three children Lesley, Tony, and Eric survive him, along with his daughter-in-law Maighread McCrann and his son-in-law Mark Harris. He is also survived by his wife of 17 years, Marsha Kushner, his stepdaughter Laura Moise (and her husband Ed) and his stepson Mark Ford. Mr. Kushner is also survived by his nephews Daniel, Roland and Paul Kushner, and grandchildren Ciara, Orla, Madeleine, Lily, Natalie and Nicholas. 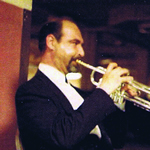 By age 16, while still in high school, Mr. Peers was awarded a scholarship to study the trumpet at the Curtis Institute with Saul Caston. Mr. Peers was soon playing extra trumpet with the Philadelphia Orchestra and first trumpet with the Washington, D.C. Symphony. He also performed at the Tanglewood Music Festival.

During his career, Mr. Peers also played with the Bush Quartet, in many Broadway shows and at the prestigious Casals Festival in Puerto Rico. He toured with the Ballet Russe de Monte Carlo and the Stuttgart Ballet. 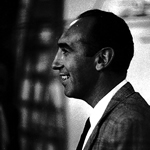 Born in Brooklyn, Mr. Trautman served in World War II. During his musical career, he played in big bands, night clubs and hotels, including the Waldorf-Astoria. He also played on Broadway, did studio work and toured with the French actor and singer Yves Montand. He was known as an excellent sight reader.

Mr. Trautman had a second career as a piano technician, including an interesting gig for Norwegian Cruise Lines. At the time, the cruise line only owned one ship. The ship would cruise during the week and come back to port on Saturdays and Sundays, when Mr. Trautman would come on board and tune the pianos. Occasionally, one of the featured stars on the ship would request that the piano be tuned every night before the show. So Mr. Trautman would cruise for the week and tune the pianos each night. During those cruises, he was allowed to bring his wife Anita; they were treated as guests and got to stay in guest cabins.

In addition to Anita, Mr. Trautman is survived by his sons Robert and Allan and their familes.