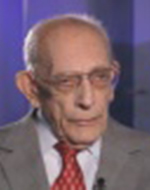 Ernie Acquisto, 95, a bassist and a member of Local 802 since 1946, died on Oct. 27. Mr. Acquisto learned to play bass from his brother John. By 17, he was playing with jazz bands in Harlem and found success performing in hotels and clubs, including appearances with the bands of Duke Ellington, Buddy Reba, Bob Grassy and George Brown. Although music was a lifelong passion, he chose a second career in broadcasting. He worked for the Voice of America for almost 40 years, ultimately becoming chief of technical operations. His expertise, performance, commitment to hard work, loyalty and honesty were recognized with a VOA lifetime achievement award. Upon retirement at age 67, Mr. Acquisto planned and organized VOA retirement lunches and reunions for over 20 years. In 2012, Mr. Acquisto was interviewed and filmed for a 70th anniversary video of the VOA, which can be seen on YouTube. Although Mr. Acquisto did not marry, he enjoyed an enduring 54-year relationship with Agnes Timcheck, his VOA assistant and best friend. He is best known by his many other friends and colleagues for his honesty, loyalty and generosity. A favorite phrase he loved to say in later years was, “You be frank…and I will be Ernest!” Mr. Acquisto’s advice to leading a good life? “Work hard, eat well, feel well, and find honest, loyal friendships.” Mr. Acquisto was generous to the union: he bequeathed $5,000 to Local 802, and also bequeathed his $1,000 Local 802 death benefit back to the union. 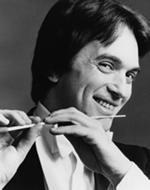 World-renowned flutist and conductor Paul Dunkel, 74, died on Jan. 14. He had been a member of Local 802 since 1961. At age 23, Mr. Dunkel won the silver medal at the International Woodwind Competition, placing second to James Galway. Leopold Stokowski hired him as principal flutist at the American Symphony Orchestra and Mr. Dunkel later won the Stokowski conducting award. Mr. Dunkel was the principal flutist at the New York City Ballet and a co-founder of the American Composers Orchestra, where he servied as principal flutist until his appointment as resident conductor. During his illustrious career, Mr. Dunkel worked with Igor Stravinsky, Leonard Bernstein, Elliott Carter, Aaron Copland, Rudolf Serkin, Pablo Casals, Miecyslaw Horszowski, Isaac Stern and George Balanchine. His recording of the early music of Elliott Carter was selected as one of the Top 10 recordings of the year by Time and Newsweek. His flute playing on a recording of Ravel’s “Chanson madécasses” earned him a Grammy nomination. Mr. Dunkel was the founder and music director of the Westchester Philharmonic. He commissioned Melinda Wagner’s “Concerto for Flute, Strings, and Percussion,” which won the Pulitzer Prize for music in 1999. The Westchester Philharmonic developed a nationally recognized education program that introduced classical music and arts to thousands of elementary students.

Mr. Dunkel is survived by his daughters Maia and Katia, granddaughter Mila and former wife Barbara. He is also survived by his partner Michele, Michele’s daughter Abigail, Abigail’s husband Todd, and Abigail and Todd’s children Tyson and August. Mr. Dunkel’s life was much too rich to condense into this small space. For much more detail, see his entry at www.Legacy.com. 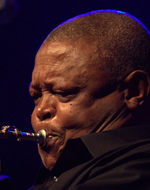 Hugh Ramapolo Masekela, 78, the South African jazz trumpeter, died on Jan. 23. He had been a member of Local 802 for 35 years. Mr. Masekela recorded dozens of albums, but had his biggest hit with his 1968 instrumental single “Grazing in the Grass” (written by Philemon Hou), which sold four million copies. The song was nominated for a Grammy in the best pop instrumental category, but lost out to Mason Williams’ “Classical Gas.” The band included the keyboardist Joe Sample and Billy Preston, who played the B-3.

In addition to working with fellow South Africans Miriam Makeba (to whom he was married briefly), Dollar Brand and Ladysmith Black Mambazo, he also rubbed shoulders with Janis Joplin and Jimi Hendrix at the Monterey Pop Festival and collaborated with the Byrds, fellow trumpeter Herb Alpert, with whom he recorded an album in 1978, and with Paul Simon on the singer-songwriter’s 1987 Graceland tour.

Mr. Masekela started his career playing in a bebop band called the Jazz Epistles. After a stint in England, he moved to the United States, where he lived for many years. Over the decades, he was very involved in the anti-apartheid movement, writing such songs as “Soweto Blues,” and “Bring Him Back Home,” a tribute to Nelson Mandela.  Looking back on his life in music, the ever-positive Mr. Masakela recently told the PBS NewsHour that “I’ve never had a greater time.” Mr. Masakela moved back to South Africa for good in 1990. He is survived by his son Sal, daughter Pula, and sisters Elaine and Barbara. Obituary by Peter Zimmerman. 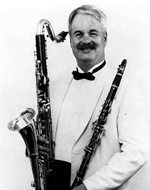 Dennis Smylie, 71, a clarinetist and bass clarinetist, died on Dec. 6. He had been a member of Local 802 since 1973. Mr. Smylie a was a Vietnam-era member of the Air Force Band. He later earned his bachelor’s and master’s degrees from Juilliard. He studied with Joseph Allard, Alfred Zetzer, Stephen Freeman, Kalmen Opperman and Bill Street. Mr. Smylie was a member of the Westchester Philharmonic, the American Symphony and the Brooklyn Philharmonic. He also performed with the New York Philharmonic, Metropolitan Opera, New York City Ballet, New York City Opera, Buffalo Philharmonic, Orpheus Chamber Orchestra, Chamber Music Society of Lincoln Center, St. Louis Symphony, Montreal Symphony and Speculum Musicae. He performed and lectured at Juilliard, Oberlin, Yale, Princeton, Kent State, Florida State, the University of Washington, Weill Recital Hall, Symphony Space and the Cleveland Museum of Art. Mr. Smylie was the bass clarinetist on the premiere performance and recording of Donald Martino’s “Triple Concerto.” He recorded for Deutsche Grammophon, Nonesuch, New World Records, CRI, RCA and Virgin Classics. He was a judge at the first World Bass Clarinet Convention, performing there with Josef Horak. Mr. Smylie was an artist and faculty member at the Aspen Music School, and a visiting specialist at Montclair State University. He was also a faculty member of the woodwind department at NYU Steinhardt, where he received the Steinhardt Award for Excellence in Music in 2015. He is survived by his brothers William and Timothy (and wife Lori), sisters Janet and Cynthia (and husband David), and nephew Matthew (and wife Angela), niece Amber and grandniece Keira. 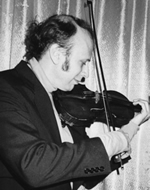 Peter Van Dewater, 70, a violinist and a member of Local 802 since 1970, died on Dec. 28. Mr. Van Dewater began studying at age 10 with Irving Ritter and Gordon Staples, the concertmaster of the Detroit Symphony. At 17, Mr. Van Dewater got accepted to Juilliard, where he studied with Joseph Fuchs and Dorothy Delay. While he was a student, Mr. Van Dewater got the chance to appear with Fuchs on a segment of the Bell Telephone Hour entitled “The Virtuoso Violin Teacher.” After Juilliard, Mr. Van Dewater continued his studies at Sarah Lawrence College. Summers were spent working with Henryk Kowalski at Indiana University. During his professional career, Mr. Van Dewater rose to become the concertmaster of the Village Light Opera, and served as a longstanding member of both the Queens Symphony Orchestra and the New York Gilbert and Sullivan Players Orchestra. He worked on many Broadway shows, including solo work on “Beatlemania” and “Annie.” Mr. Van Dewater can be heard on many recordings, including “The Tribute” a string quartet by Mark Polishook, “Four Instrumental Compositions” by Michael McFrederick, and the movie soundtracks for “Fame” and “Do the Right Thing.” A passionate teacher, Mr. Van Dewater taught privately from 1983 until right before his death. He gave master classes in Sun Valley in 1979, and was on the faculty of the Allegheny College Summer Festival from 1985 to 1990. Known for his intelligence, passion, sensitivity and wit, Mr. Van Dewater was a friend to many in the music, drama and dance worlds, and will be sorely missed. His survivors include his cousins Carla Visser, Dr. Andrew Berger and Dr. Steven Berger. Obituary by Ellen Gronningen.