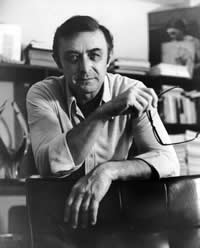 Stanley Applebaum, 96, the world-renowned composer, arranger, conductor, orchestrator and pianist, died on Feb. 23. By the age of 12, Mr. Applebaum was already writing his first arrangement. A few years later, he was gigging professionally, playing club dates. It was music that saved his life in WWII when his tour of duty ended in Germany and he was transferred to the Special Services to conduct and arrange for the U.S. Army Band. What followed was an incredibly rich and diverse career that spanned nearly 75 years. Perhaps best known for his string arrangement for “Stand by Me,” Mr. Applebaum wrote compositions and arrangements that earned him numerous awards, including 35 top-ten hits and several number-one singles for extraordinary artists such as Ben E. King and Neil Sedaka. In addition to his outstanding pop and jazz contributions, Mr. Applebaum wrote for some of the world’s most renowned orchestras, including the New York Pops, where he served as principal arranger and orchestrator for nearly 15 years. A lover of life and family, he never retired, and was composing music and writing children’s stories until his last days. Mr. Applebaum is survived by his children Allison, Edward, Jody and Jonathan, and grandsons Branson, Lennon, Seth and Julian. Mr. Applebaum’s career was too rich to condense into this small space. For more about his life, please see two features on Mr. Applebaum that we published previously in Allegro. In January 2019, we reported that the Music Division of the New York Public Library of Performing Arts had recently acquired Mr. Applebaum’s 50-year archive of work, including original sheet music and sound recordings. (In fact, the family suggests that donations in Mr. Applebaum’s honor can be made to the library, at www.nypl.org/locations/lpa.) Read the story at www.Local802afm.org/allegro/articles/stand-by-me. And in 2014, Steve Danenberg and Bob Pawlo interviewed Mr. Applebaum for Allegro, which can be read at www.Local802afm.org/allegro/articles/open-your-ears. 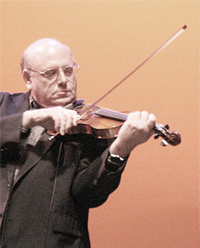 Lewis Kahn, 72, the salsa trombonist and violinist, died on Feb. 20. Mr. Kahn had been a member of Local 802 for 40 years. Born in Los Angeles, Mr. Kahn first took up the violin; he later started playing trombone in his high school band. He moved to NYC in his 20s, studied at Juilliard, and became an important part of the Latin music explosion, including the early boogaloo scene and ultimately salsa. One of Mr. Kahn’s nicknames was “El otro judio maravilloso” – the “second marvelous Jew,” a respectful reference to his Jewish heritage and a tip of the hat to salsa musician Larry Harlow (known as the “first marvelous Jew”), with whom Mr. Kahn collaborated extensively. Mr. Kahn was also known as Voirab, a spiritual name given to him by his meditation teacher Sri Chinmoy. Mr. Kahn performed on the 1975 Dizzy Gillespie and Machito album “Afro Cuban Jazz Moods,” and during his extensive career he also played or recorded with Tito Puente, Carlos Jimenez, Celia Cruz, Chico O’Farrill, David Byrne, Eddie Palmieri, the Fania All-Stars, Grover Washington, Janis Ian, Juan-Carlos Formell, Lionel Hampton, Marc Anthony, Obie Bermúdez, Orchestra Harlow, Rubén Blades, Stan Kenton, Willie Colón, Kristy MacColl, Bobby Sanabria and many others. He is survived by his cousin Carla as well as his extended family and the many musicians with whom he spent decades of friendship. Obituary information from Carla Murphy, LatinoMusicCafe.com, Billboard, CelebrityAccess.com and Allmusic.com.