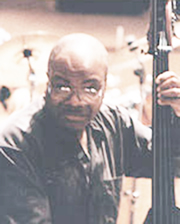 Lisle Atkinson, 78, a bassist and a member of Local 802 for 60 years, died on March 25. At four years old, Mr. Atkinson was already studying the violin; he gave his first concert at the age of 6. By age 12, he had started studying the bass and won admission to the High School of Music and Art in NYC, where he played in the school orchestra. After earning a degree at the Manhattan School of Music, his professional career took off. He played with the biggest names, including Nina Simone, Betty Carter, Wynton Kelly, Hazel Scott, Billy Taylor, Stanley Turrentine, the New York Bass Violin Choir, Clark Terry, Thad Jones & Mel Lewis, Mary Lou Williams, the New York Jazz Quartet, Jon Hendricks and the Hendricks family, Hank Jones, Kenny Burrell and many others. Mr. Atkinson also founded the Neo-Bass ensemble, which featured himself, his wife Karen (also on bass), and up to four other bassists, plus one or two cellos and a rhythm section. Mr. Atkinson is survived by his wife Karen, brother Leon, sister Marilyn, children David, Dara and Shepard, and grandchildren Ahmad, Ryan, Kevin, Aaron and Justin. 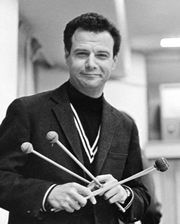 Dave Carey, 93, percussionist, pianist, composer and arranger, died on April 8. He had been a member of Local 802 since 1954. Born in Pittsburgh to a theatre pianist mother and stagehand father, Mr. Carey was a child prodigy and self-taught drummer who appeared as early as age five on stage shows at the Loews Penn theatre in Pittsburgh. After serving in the Navy in World War II, Mr. Carey studied at the Pittsburgh Musical Institute, majoring in piano. He moved his family to New York in 1954 and played piano in major night clubs including the Hotel Pierre and the Maisonette Room at the St. Regis. For years, Mr. Carey was seen demonstrating prize pianos on “The Price Is Right,” which was hosted by another former Pittsburgher, Bill Cullen. From television, Mr. Carey migrated to the recording studio, returning to his early love of percussion to become one of the busiest session players in New York. For the next 40 years, he recorded with countless artists including Tony Bennett, Frank Sinatra, Roberta Flack, Ralph MacDonald, Ray Charles, Ringo Starr, Van McCoy, Leon Pendarvis, J. J. Johnson, Meco Menardo, Richard Tee, the Four Seasons, Laura Nyro, and Ashford and Simpson. He produced, arranged, and performed on a number of albums of his own, including the groundbreaking “Jazz for Bach Buffs,” “Bandwagon Plus Two,” and “The Song and Dance Man.” As a composer, he is noted for a number of works, including his “Suite for Xylophone and Orchestra.” Mr. Carey is survived by his wife Lois, children David Jr., Norman and Arlene, five grandchildren and four great-grandchildren. 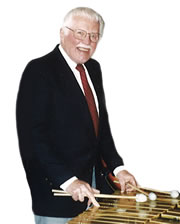 Jack Jennings, 91, a member of Local 802 since 1944, died on April 5. Mr. Jennings was an accomplished percussionist whose career spanned more than six decades. Born in Youngstown, Ohio, he moved to New York and graduated from Manhattan School of Music with a bachelor of music in percussion and a master of music in education. Mr. Jennings worked in New York recording studios, and his percussion instruments were heard on numerous TV and radio jingles. Mr. Jennings was also a member of the Kraft Music Hall Orchestra. He played for many TV shows, including the Carol Burnett Show and the Tonight Show (with Johnny Carson). Mr. Jennings also worked in the movie industry. He backed big name singers such as Tony Bennett, Barbra Streisand and Frank Sinatra, and jazz greats Lionel Hampton, George Benson, Anita O’Day, Wes Montgomery and many more. Mr. Jennings toured with the “Rat Pack” when Frank Sinatra, Sammy Davis Jr. and Dean Martin reunited for an arena tour throughout the U.S. and Canada. Before retiring, Mr. Jennings was an orchestra member for the first 13 years of the Broadway show “Cats” and appears on the original cast album soundtrack. Upon retirement, he pursued his lifelong passion for traditional jazz by assembling a group of well-known and talented friends that he named the Jack Jennings Jazz Jiants. Mr. Jennings is survived by his wife Jayne, children John, Mimi (and Mimi’s husband Steve), Kerry (and Kerry’s husband Danny), Paul, and Mark (and Mark’s wife Rosella) and grandchildren Isabel, Garret, Jacklyn, Brayden and Pierce. 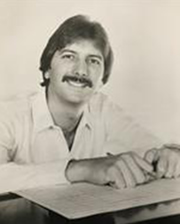 See a personal tribute to John Oddo by James Saporito.

To report the death of a member, call (212) 245-4802 and ask for the membership department. Be sure to ask about the Local 802 death benefit (not everyone is eligible). Survivors should also contact the AFM pension fund at www.afm-epf.org. Obituaries should be e-mailed to Mikael Elsila, or call (646) 765-9663.