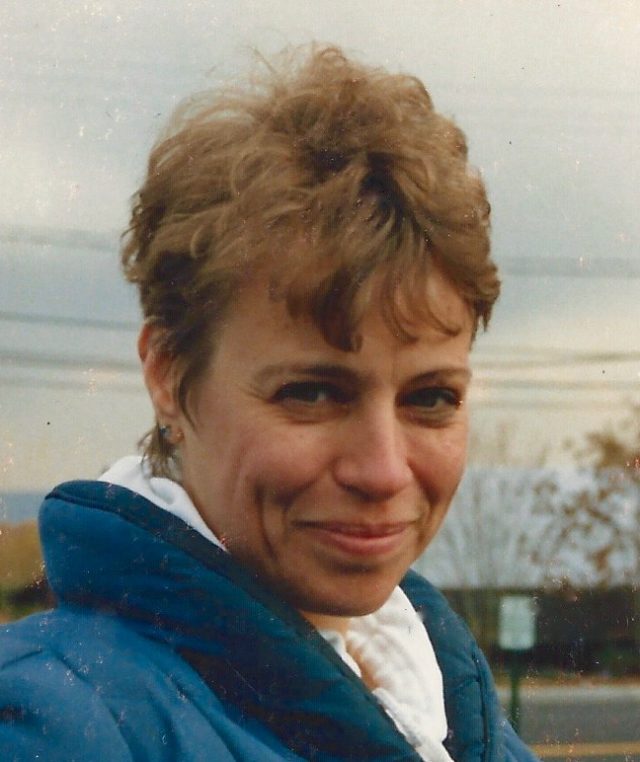 Bernadette M. Zirkuli Biddlecome, 74, a bassoonist and a member of Local 802 since 1963, died on Nov. 30. In 1967, she earned her bachelor of music at Juilliard, where she was awarded the Nuremberg Scholarship and a teaching fellowship for woodwind chamber music. A year later, she earned her master’s degree there and from 1968 to 1983 she was a member of the Julliard pre-college faculty. Early in her career she toured with the Stuttgart Ballet, and was a member of the Lake George Opera Company, the Vermont Mozart Festival and the New York Chamber Soloists. For many years she was the principal bassoonist with the Music Aeterna Orchestra, the Little Orchestra Society and the Composers Conference for Contemporary Music. In 1974, she organized and presented the New York Bassoon Quartet at Carnegie Recital Hall. In 1975 and again in 1977 she presented solo recitals at Carnegie Recital Hall. She later became an associate member of both the Metropolitan Opera Orchestra and the New York City Opera Orchestra and a regular member of the American Ballet Theatre Orchestra. She is survived by her husband James Biddlecome (who is also a member of Local 802), daughter Kathryn, stepsons Daniel and Gregory (and Gregory’s wife Denise) and granddaughter Rachel. 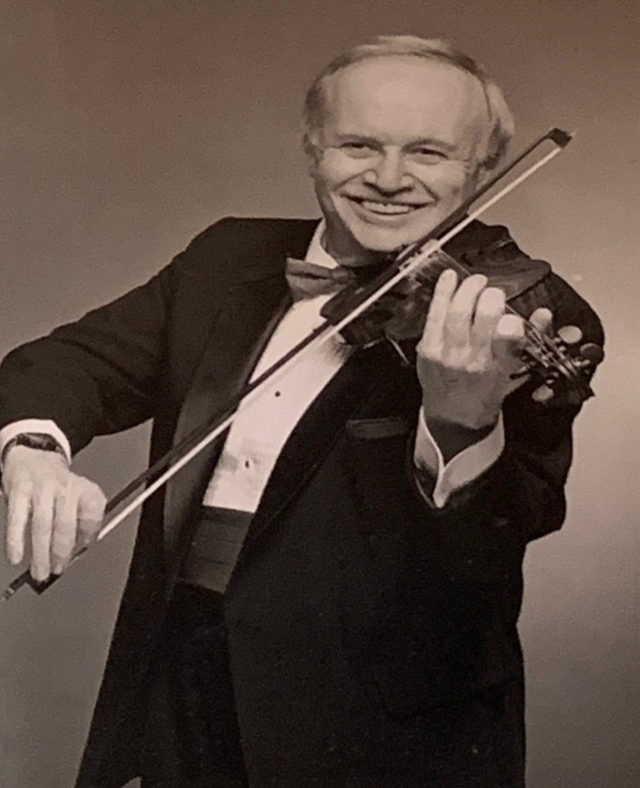 Paul Gurevich, 86, a violinist and a member of Local 802 since 1954, died on Nov. 11. For much of his life, Mr. Gurevich enjoyed both informal amateur playing and a freelance professional career, including jobs with the North Carolina Symphony and CBC Winnipeg orchestra, and many years of performances at the Bennington Chamber Music Conference. He performed at the Plaza Hotel, Russian Tea Room and Che Vito and on the prestigious Arthur Godfrey radio show. He once even performed an unusual gig at the New York Sports Club when it was hosting music. Mr. Gurevich’s recording credits are evidence of his remarkable range; they include the Brandenburg concertos with keyboardist Anthony Newman; an album with the New York Klezmer Ensemble (he also played with the New York Klezmer Society); and a recording made at the Palm Court at the Plaza Hotel, which he also arranged. Mr. Gurevich is survived by his wife Donna, brother Robert, daughter Nina, son Alex, daughter-in-law Wendi, and grandchildren Marissa, Ayden and Scarlet. If anyone has reminiscences of Mr. Gurevich (including jokes that he used to tell), please contact his daughter Nina Gershowitz at ninagcsw@gmail.com or at 524 Viewpoint Terrace, Peekskill, NY 10566. Below are memories from three of Mr. Gurevich’s friends:

Paul Gurevich and I were born three weeks apart and both raised in the Bronx by immigrant parents. We met in the All City High School Orchestra around 1950 and went to City College and Queens College as music majors. Over the years we played concerts together and shared many hours of chamber music. Paul was a superb violinist and conversant in gypsy music, klezmer, and other ethnic music as well as all the classical literature. He knew the quartet repertory extremely well and was a terrific leader. His passing is a great loss to his family, friends and colleagues and the music world.
— Myron Rosenblum

Paul and I were very close friends for over 60 years, and I loved playing with him in our regular string quartet get-togethers. He had an outstanding Town Hall debut when he was just 18. He served as concertmaster of the Winnipeg Symphony and the North Carolina Symphony for some time, and worked at the Plaza Palm Court for a decade. He also played a variety of Broadway shows and hundreds of club dates and Jewish weddings, some of which I had the pleasure of playing with him. Both he and I recorded several of the Brandenburg concertos with keyboardist Anthony Newman. Paul was a consummate concert violinist, but some don’t know that he was also an excellent strolling violinist, too. I’ll miss him. — Bob von Gutfeld

I had the privilege of being the pianist with master violinist Paul Gurevich at the Palm Court of the Plaza Hotel for the final years of that engagement. This was a rarefied and invaluable musical experience due to Paul’s vast performing repertoire which included classical (symphonic, opera, ballet and chamber music), Broadway, standards, film, international, ethnic, and more. One evening as Paul was strolling the tables and taking requests from the guests, he walked back to the piano with a folder labeled “Iceland.” (Indeed, he had a folder with music from everywhere!) I asked him, “What tunes are from Iceland?” He quickly replied: “‘I Left My Heart in REYKJAVIK!’” I can imagine him right now in a white tuxedo (with his signature red bowtie) floating from cloud to cloud, taking requests from the angels. May his memory be blessed! — Lee Musiker 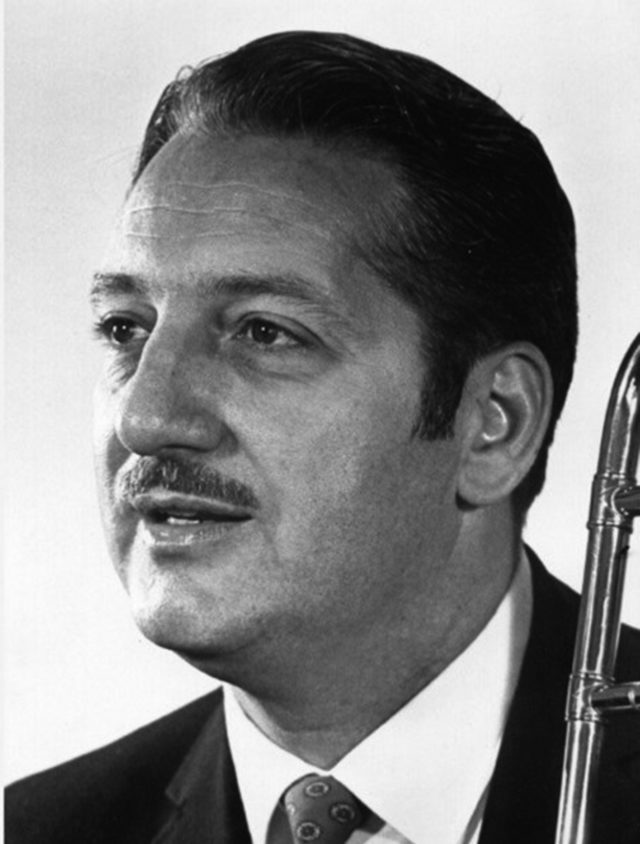 Daniel V. Repole, 96, a trombonist and a member of Local 802 since 1941, died on Nov. 1. Mr. Repole studied first at Juilliard and later at Teachers College at Columbia University, where he earned his master’s degree. In his career, Mr. Repole performed as a regular or extra with some of NYC’s top ensembles, including the Metropolitan Opera Orchestra, New York Philharmonic, American Symphony Orchestra, Radio City Music Hall Orchestra, Goldman Band, Band of America, New York Brass Ensemble, Music Hall Brass Ensemble, Young Audiences, the Bell Telephone Hour Orchestra and the University Brass Ensemble. He toured and recorded with the Les and Larry Elgart Orchestra, recorded on six albums with the Guy Lombardo Orchestra and was hired to play on many Broadway cast album recording sessions. At the same time, Mr. Repole taught in prestigious high schools including Erasmus Hall High School, Riverdale Country School for Boys, George W. Wingate High School, P.S. 114 and South Shore High School. Mr. Repole also served as an associate professor of music from Kingsborough Community College for almost 50 years and maintained a private studio where he taught students all the brass instruments. Mr. Repole is survived by his children Palma, Daniel, Steven and Adam. The family suggests donations to www.crowdrise.com/applaudourkids. (In the comments field, please specify that your donation is for the Danny Repole Music Lesson Scholarship Fund.)