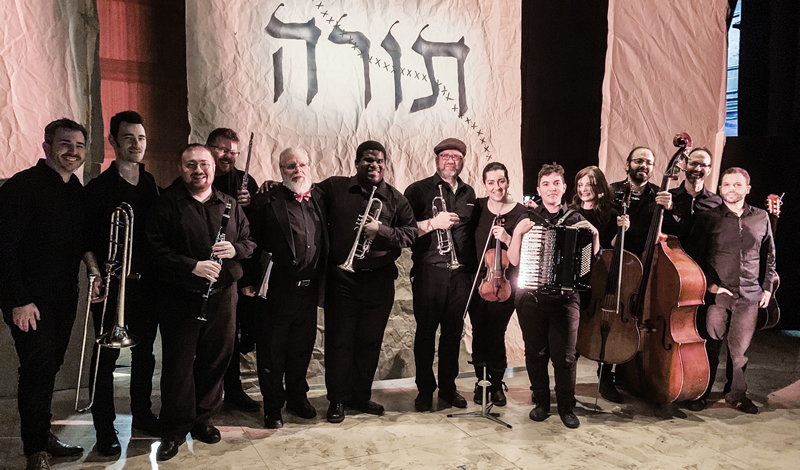 There is a certain sobriety that sets in after a few years of being a professional musician in New York City. You learn to pick your battles and let some of the little stuff go, but still ultimately stand up for yourself. You realize that patience is as much an important factor in getting a great gig as is preparation and timing. You also very quickly learn to manage your own expectations. A good one-off job may indeed lead to more, but that could end up being 18 months down the road, and that’s still not a guarantee.

When I was approached back in March 2018 to play drums and percussion for the National Yiddish Theater Folksbeine eight-week summer production of “Fiddler on the Roof in Yiddish,” I thought: “Great, a regular summer gig!”

Since the producer was a nonprofit institution, the per-service pay offered was a little lower than a commercial production. But it was good, regular work in a slower time of year that I could sink my teeth into, and it was an opportunity to meet some new players. Beyond that, the show was originally scheduled to close on Aug. 26 anyway, so the potential good outweighed the slightly lower pay scale.

After looking over the non-union contract by the Folksbiene we were all sent, though, I noticed that there were a few things that needed addressing. For one, it stood out that the permitted subbing percentages over the course of the run were too low for the usual standards. If Off Broadway and Broadway shows have a 50 percent subbing limit, it stood to reason that percentage on “Fiddler” should be similar. It was definitely something to stand up for.

A few weeks before rehearsals started, orchestra members heard from Local 802 theater rep Marlena Fitzpatrick García that Local 802 was advocating for us. Marlena squared some of our expectations with the reality of bringing a theater company into an AFM agreement for the first time, and doing it in such a way that the National Yiddish Theater Folksbeine would be amenable to continuing that working relationship for future productions. We weren’t going to get parity with comparable commercial productions, but she advised that we play the long game.

Now, the common equation musicians arrive at is that you assess a job based on three things: the music, the pay, and the people. A “good” gig has to have at least two of those things going for it: proceed at your own risk otherwise! So far, the music itself was certainly in the plus column. 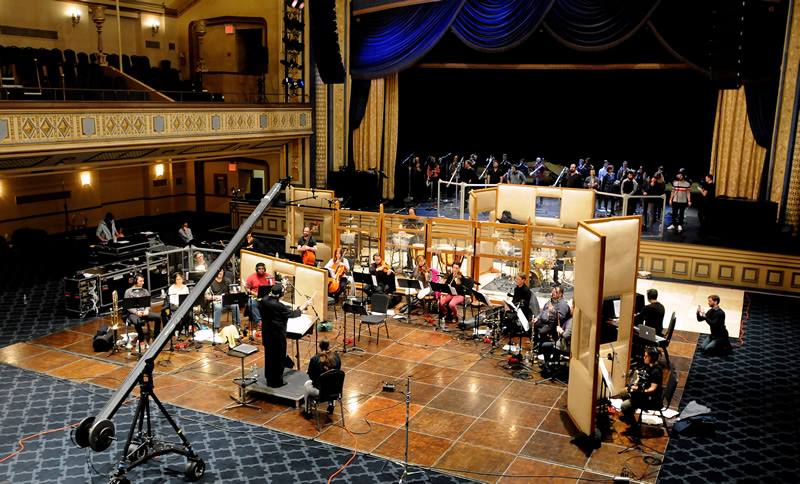 The show recently recorded its cast album at Manhattan Center. Allegro photographer Walter Karling was granted access to the session, which was recorded under a union contract. See more photos in the Musicians At Work feature in the January issue.

The deciding factor – the people, or the “hang” – would no doubt then be influenced by how appreciative the musicians were about the overall working situation. A longer show run means more time spent as everyday coworkers and more opportunities for things to play out – in a positive direction or otherwise.

That our 13-member orchestra had an experienced, approachable, and talented advocate going to bat for us to achieve better working conditions meant that the group had a better chance of having a friendly dynamic. That advocacy helped in turn to convince three 802 members to reactivate their membership and to bring five new members into the union, to say nothing of the approximately 40 subs that “Fiddler” employed. These hard-working musicians, who represent  many different backgrounds and a wide age range, proudly helped to make the “Fiddler” orchestra one of the most diverse musical theater ensembles in the city on any given night.

And indeed, as contract issues were addressed and the production got off the ground, having a point person at Local 802 whom the orchestra respected and trusted meant that we could keep our minds on our music. Rather than individual musicians having to directly lobby for changes with the powers that be, we knew having the union working for us meant a more efficient and effective route towards solving problems.

Certain things became as important as our wages and benefits. For instance, most people wouldn’t think that a theater could actually get too cold in the summer. But for a long show like “Fiddler,” where you’re sitting not in a pit but in a cramped, on-stage, overly air conditioned area behind a partial curtain, without the option to move around to get your blood flowing, our fingers went numb and some of the instruments were actually in danger of being damaged from cold. Letting our union rep know about the issue – and fix the issue! – was a simple demonstration of the value of union representation.

Within a few weeks of the beginning of performances, it was clear that things were going even better than expected for the production. When the press spoke about the orchestra, it was always positive. The show seemed to be selling 90 to 95 percent of its tickets right off the bat and though a one-week extension was built into our original agreement with the theatre, we were told that we were going to be extended an additional two months. While exciting, this meant that a new agreement had to be reached. This re-negotiation was the more difficult of the three different times our terms were discussed with the producers. It was also when I stepped in to the role of union steward for the orchestra. I was energized by the opportunity to contribute towards a better working environment.

Through my role, I reached out to the Actors’ Equity stewards in the cast to establish a connection, should either side be in need of advice or perspective about the collective interests of the performers. Beyond conference calls and in-person meetings, I also spent several hours on the phone with Marlena during the couple weeks we negotiated that first big contract extension. This happened again during the talks for our subsequent extensions. Each time, the main goals were to listen closely and relay observations and concerns of orchestra members. I wanted to make sure I could give clear, concise answers and updates to the other musicians without overwhelming everyone with too many play-by-play details of the negotiation process, having quickly realized that the state of the next contract was changing so often that it didn’t make sense to provide a lot of updates anyway.

Our “Fiddler” experience was certainly affected and made more profound by the venue we spent six months performing in – the Museum of Jewish Heritage – and that helped contribute to the authenticity of the production. Our orchestra break room, by happenstance, was the museum’s resource library and featured shelves full of literature that echoed the same social issues that “Fiddler on the Roof” deals with. The window of the room in which we spent many an intermission overlooked a beautiful view of Ellis Island, which certainly would be a meaningful place in the lives of the people of Anatevka, the fictional shtetl “Fiddler” is set in. It’s also not every day that material that is so culturally relevant to our times is performed in such a metaphorically fitting place. Perhaps this was a reason that our production enjoyed not only a large number of sold-out shows with unusually attentive NYC audiences, but that notable people were regularly seen taking in the show – Bette Midler, Joe Lieberman, and Hugh Jackman to name a few. For that reason, regular orchestra members, who would happen to be out when a big name would come backstage after the show to greet the company, would sometimes half-joke they weren’t going to miss any more Saturday nights!

By the time we were working out details on the last show run extension through Dec. 30, we also knew that we’d be recording a cast album, which took place over three intense, but supremely satisfying days in November and December. Importantly, the identity-of-product clause that Local 802 had added to our contracts back in June, ensured that musicians on the production would have first refusal for the recording work.

At that same time, we were also told that, miracle of miracles, our little Yiddish language production of “Fiddler on the Roof” would be transferring to a commercial Off Broadway theater! Again, our contracts back in June had foreseen this possibility and guaranteed the musicians in the orchestra the right of first refusal. We musicians had put so much hard work, both seen and unseen, into helping to make “Fiddler on the Roof in Yiddish” the success that it became. It was indeed fortunate not to have to wonder whether we’d be coming along for the ride as we moved on to something any working musician would love to have: a chair in a successful show! This was indeed one of the main benefits of having a union contract from the beginning. I’m grateful that we successfully navigated many unforeseen events, thanks to Local 802!

Peter Saleh is the author of “A Percussionist’s Handbook” and co-host of the working musician’s not-always-serious podcast “Hit, Haul, & Hang.” He has been a member of Local 802 since 2010.