Lee Konitz, who left this world on April 15, was one of the first jazz musicians I met when I came to live in New York City in 1950. I was studying the valve trombone with Lennie Tristano at the time, and met Lee and a number of other Tristano pupils at Lennie’s home in Forest Hills. I had admired Lee’s playing on several records I owned, and was happy to discover that he was a pleasant, witty guy. After I switched to playing the bass, I played some jam sessions in which Lee took part, and I also worked at the Village Vanguard with a quartet led by guitarist Jimmy Raney, with Lee on alto. 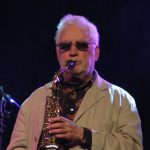 Lee had developed a tone and style of his own, and although he loved Charlie Parker’s playing, was one of the few modern players of the alto saxophone who didn’t use any of Parker’s musical vocabulary. He played some of Parker’s tunes, as well as some of those written by Thelonious Monk, but he put his own stamp on them.

The last time I heard Lee play live was at Birdland Number Two, when that club was located uptown. Many jazz musicians had gathered there that evening to raise funds for a needy compatriot. Lee just climbed onto the bandstand by himself with his alto and began to improvise. It took me a chorus and a half to figure out the standard tune he was using as a basis for his playing. When I finally recognized a telling chord change, I was able to discover how cleverly and sweetly he was recomposing that song. He always found a way to sing his own song so beautifully.

Jim Hall and I once played a gig with Lee Konitz out on Long Island. I was living on West 20th Street, and I had a Volkswagen that I kept in a garage on 18th Street. I told Jim I would drive him to the gig. Jim and his wife Jane were living in a second floor apartment on West 11th Street at the time. There was never a parking spot on that block, so I told Jim I would pull into the fire hydrant space in front of his building, run in and buzz his buzzer, and wait for him in the car.

Jim didn’t want to keep me waiting, so he had his hat and coat on, and his guitar sitting next to his amplifier near the door, As soon as he heard the buzzer he grabbed them both and ran out into the hall. He never made it to the stairway. The power cord on his amp was still plugged into the wall socket, and when he hit the end of the cord length it brought him up short. He discovered that the sudden jolt had pulled the cord loose from the amp, and it had also looped around one of the tubes and crushed it.

Jim came down to my car laughing and crying at the same time. Fortunately, there was an electronics store in the Village where we were able to replace the tube and reattach the power cord, and we made it to the gig on time.

Ellis Marsalis, the New Orleans pianist, who was the father of an extremely talented group of musical brothers, also passed away recently (on April 1), and many obits and articles that were written about him noted his high quality as a musician and teacher. Art Lillard told me that, In 1981, he had the opportunity to meet Marsalis while on a trip to New Orleans. Art observed him as he taught a class of student musicians, aged 12 to 15, who he said obviously loved Marsalis and the music. 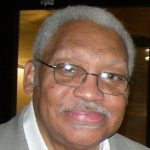 When the class was over, Art introduced himself to Marsalis and asked him for permission to play one of his own tunes for him. Ellis agreed, and Art sat down at the piano and began to play. One of Ellis’s students approached him and engaged him in conversation as Art continued to play. When he finished the tune, the conversation was still in progress, so Art began playing another original.

As he finished playing the second tune, Ellis said goodbye to the student and complimented Art on the tunes. He then sat down at the piano and played both of the tunes exactly as Art had done, note for note.

Art was under the mistaken impression that Ellis wasn’t listening, but he had been truly hearing it all. Art said, “I was astounded. What giant ears and heart this man had! We will all miss him.”