WE WILL REMEMBER: The Triangle Shirtwaist Company fire was one of the worst tragedies in American labor history. One hundred and forty-six workers – mainly immigrant women and girls – lost their lives. The deaths were sue to the owners’ standard practice of keeping most doors locked every day to control the workplace and supposedly prevent theft. On the 100th commemoration of the fire this March, Local 802 musicians provided music, playing a funeral-style march. Above, from left: Ingrid Gordon, Barbara Allen, Bernice Brooks, Barbara Merjan and Eve Sicular (who is not a member but who joined the drummers spontaneously). Below, John O’Connor’s song in tribute to the victims, written in 1986 on the 75th anniversary of the fire. 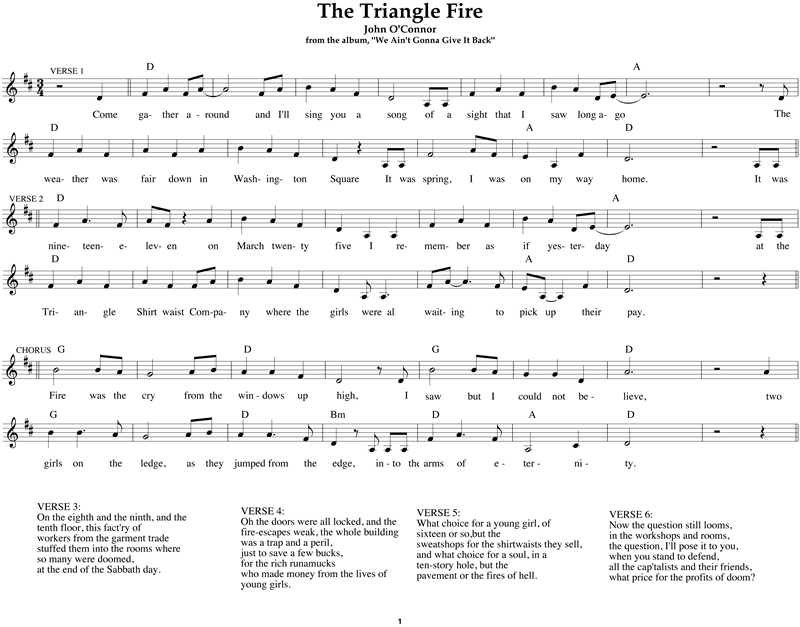