We did it! As Allegro goes to press, Local 802 and other entertainment unions can claim an important and at least partial victory in the ongoing battle over the state budget: the governor and legislature have taken off the table a proposed entertainment tax on admission to live musical and theatrical shows.

The tax could have had a devastating impact on Broadway at a time when live theatre is struggling to retain its audiences.

The governor has also taken off the table a proposal to tax online music sales (the so-called “download tax.”)

“These are huge victories for Local 802 and New York musicians,” 802 President Mary Landolfi told Allegro, “and are the direct result of intensive lobbying in Albany by all of the entertainment unions, their members, staff and officers. I especially want to thank the members of 802 who worked so hard on this effort.”

In the past 30 days, Local 802 accomplished some heavy mobilizing.

As part of his testimony Dennison also argued forcefully for a fairer tax system. He told Allegro, “The income part of the budget battle is not over. We still have to convince legislators and the governor that a fairer tax system is required to properly fund not just education and health care but also the arts.”

The vast majority of New Yorkers live on very modest incomes but end up paying a far larger portion of their income in sales, real estate and income taxes than the wealthy.

According to the well-respected Fiscal Policy Institute, “All of the income growth in New York State from 2002 to 2009 has gone to the wealthiest 5 percent. When you factor in inflation, the combined income of the bottom 95 percent of New Yorkers actually shrunk.”

Any serious effort to close budget gaps has to start with tax fairness. Local 802 worked hard all throughout March for a “fair share” budget. By the time you read this article, the state budget may already have been decided and we may know the result of our efforts. For the latest news, see www.FairShareReform.com. To help in future campaigns, contact Political Action Director Paul Molloy at Pmolloy@Local802afm.org. 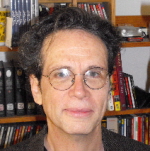 The plan to reinstate the ticket tax for Broadway shows was an extraordinarily myopic attempt on behalf of Albany to gain a few extra dollars by further weakening an already distressed industry with the classic “penny-wise, dollar foolish” tactics that we as musicians are far too familiar with.

Making it more expensive for the public to support the vital, visible and obviously important entertainment business of New York City with this potential extra burden on ticket prices is analogous to helping our economy by having an extra new tax put into place for every new American built car.

In these frightening financial times, we do not need short-sighted, wrong minded, and frankly, just plain stupid ideas to be put forth as a supposed credible response to the admittedly difficult budget issues that our state is currently facing.

I am heartened by the strong and persuasive efforts of 802 to rally all of us to let Albany know what we think of such destructive fiscal measures. 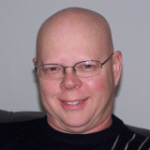 I feel the union has been doing a good job of keeping the issue of the ticket tax in front of the state lawmakers.

It’s an important opportunity for us to participate in our representative government.

Albany needs to understand that it makes no sense to weaken one of the few sectors of the economy that isn’t broken.