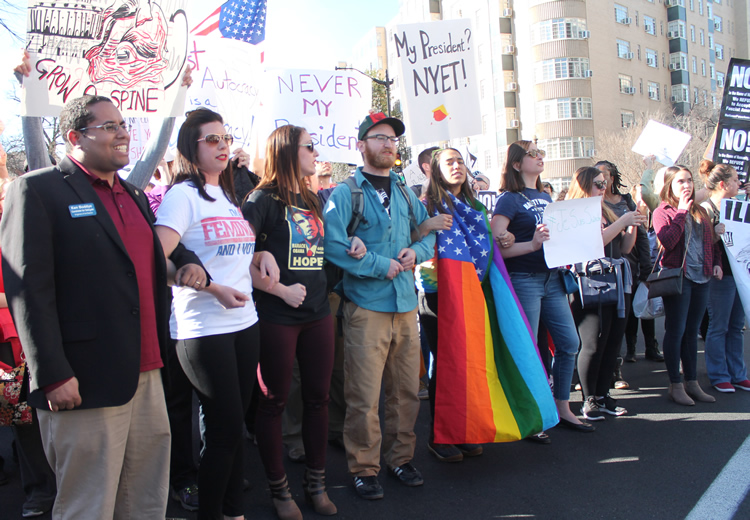 Protestors march to the White House on “Not My President Day,” almost a year ago, on Feb. 20, 2017. Photo: Elvert Barnes

A year ago, I wrote an article in Allegro called “When It Comes to Trump, Time Will Tell,” which detailed some of my concerns about the impending Trump presidency. Rather than enumerate all issues that worried me, I chose to focus primarily on climate change and LGBTQI discrimination. Now, one year later, time has told a lot.

Following through on a campaign promise, Trump formally outlined his intent to withdraw the United States from the 2015 Paris Agreement under the guise of “America First.” As a quick refresher, the Paris Agreement’s “central aim is to strengthen the global response to the threat of climate change by keeping a global temperature rise this century well below 2 degrees Celsius above pre-industrial levels,” according to the U.N. Framework Convention on Climate Change.

It doesn’t require much thought to recognize the blatant lack of foresight in Trump’s decision. America’s future does not exist in some void, completely detached and shielded from the catastrophic destruction of our planet’s ecosystem. Kindling your fireplace with wood you take from your home’s walls and support beams may promise a roaring fire now, but also inevitably promises a collapsing home.

There’s nothing praiseworthy or patriotic about selling our children’s future for a quick buck, which ironically must then be spent on immediate recovery for drought-exacerbated fires in the west or disastrous hurricanes in the Gulf. Even a country embattled in horrific civil war like Syria can take pause long enough to see the big picture, thus leaving the U.S. as the ONLY member state to not sign on to the Paris Agreement.

Trump’s first 100 days in office were filled with numerous egregious attacks on the environment, such as approving the Dakota Access and Keystone XL pipelines, revoking a rule that prevented coal mining companies from dumping debris into local streams, canceling a requirement for reporting methane emissions by oil and gas companies, withdrawing guidance for federal agencies to include greenhouse gas emissions in environmental reviews, rolling back limits on toxic discharge from power plants into public waterways, and of course, appointing the climate-change denier Scott Pruitt as head of the Environmental Protection Agency.

Trump’s daughter Ivanka had said climate change was an important issue to her. As such, it seemed there could be hope, especially when she brokered a meeting early on between her father and Al Gore. But alas, time has told.

Trump’s administration filed a “friend of the court” brief in favor of Jack Phillips in the ongoing Supreme Court case Masterpiece Cakeshop v. Colorado Civil Rights Commission. Phillips, an owner of a bake shop, denied service to a same-sex couple, arguing that his religious liberty allows him the right to do so. If Obama’s nomination to the Supreme Court, Merrick Garland, had been confirmed, this court case would have not become the nail-biter it is today. Instead, Trump’s appointment to replace the late conservative Justice Antonin Scalia with another conservative, Justice Neil Gorsuch, leaves the decision in the hands of swing-vote Justice Anthony Kennedy. Indeed, Kennedy sided with same-sex marriage advocates in 2015, but Kennedy has also voiced strong concerns about respecting religious beliefs.

As I wrote last year, most states still do not have clear, fully-inclusive LGBTQI non-discrimination laws, resulting in discriminatory practices in the areas of employment, housing, access to public areas, federal funding, credit, education and jury services. A federal bill called ENDA would have ended these problems nationwide, but Republican obstructionism ultimately killed the bill. According to the Human Rights Campaign, “8 out of 10 people mistakenly believe that this is already law,” but the reality is it’s 100 percent legal in a majority of states to fire an individual simply because they are gay. Rather than fight to end the systemic discrimination of the LGBTQI community, this administration’s Solicitor General Noel Francisco instead told the Supreme Court that baker Jack Phillips should be permitted to post a window sign saying “we don’t bake cakes for gay weddings.”

It may take weeks or months before the Supreme Court rules on the case, but its outcome may have devastatingly far-reaching consequences for the LGBTQI community. This open rejection of LGBTQI people simply echoes earlier decisions by the Trump administration, including its withdrawal of protections for transgender students in public schools and its pursuit of a policy that prohibits transgender people from enlisting in the military. (As Allegro goes to press, a federal judge has put a pause on the military ban, and transgender people will be allowed to enlist in the military beginning Jan. 1. The Trump administration is still trying to figure out how to reinstate the ban.)

This summer, a friend who lives in Middle America came out to me as transgender. I’m one of the few people she has come out to because – due to systemic discriminatory practices like Trump’s that continue to exacerbate our nation’s bigotry and ignorance – she risks losing her job as a teacher and risks jeopardizing relationships with socially conservative friends and family. LGBTQI rights in this country are being dismantled under Trump. After a campaign speech, Trump had brandished a rainbow flag that read “LGBT for Trump,” but alas, time has told.

In the absence of presidential leadership, local and state leaders have risen, pledging to protect our planet. Governors of California, New York, and Washington founded the United States Climate Alliance which, according to www.USClimateAlliance.org, is “committed to the goal of reducing greenhouse gas emissions consistent with the goals of the Paris Agreement.” Other states have followed suit, now totaling 15 (at the time of this writing). Urging local and state leaders to pick up the ball wherever Trump falls short is one way of ensuring the protection of our environment.

Article 28 of the Paris Agreement says the earliest possible effective withdrawal date by the U.S. cannot be before Nov. 4, 2020, which is one day after the 2020 U.S. presidential election. With strong public outcry, perhaps political leaders – including Trump – can be pressured to recommit to the Paris Agreement and reinstate clean air and water protections for our country before it is too late.

The Masterpiece Cakeshop Supreme Court case is the very reason why our country needs federal legislation like ENDA to end the systemic discrimination of the LGBTQI community once and for all.

Democracy is not a spectator sport. Type your home address into ballotpedia.org to find every politician who represents you, their history, voting record, contact information, and much more.

Speak up. Speak out. And most importantly, vote for the city, state, and country you want.

Woodwind player Chris Reza, a Local 802 member since 2011, is vice-chair of the Local 802 Broadway Theatre Committee.

PROTESTS AGAINST PRESIDENT TRUMP’S POLICIES FROM THE PAST YEAR 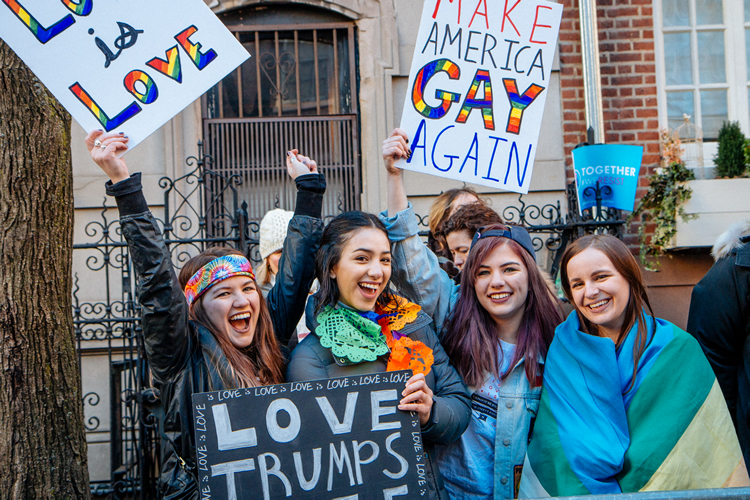 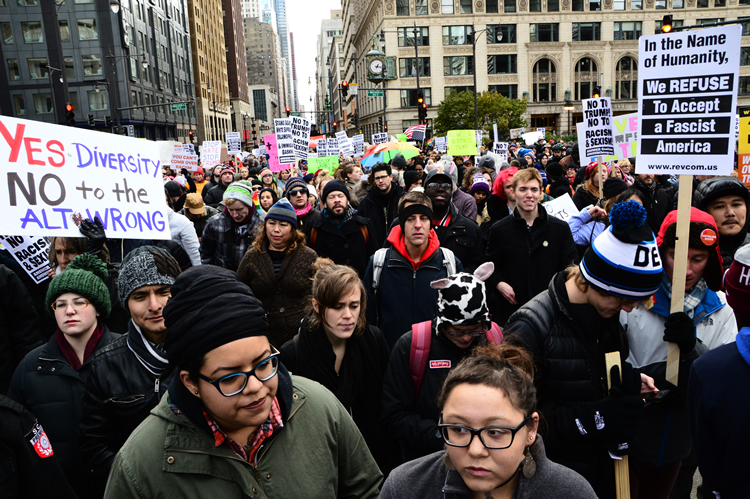