As Allegro went to press, the Broadway League was set to celebrate Hispanic Heritage Month with a free outdoor celebration in Duffy Square under the banner of VIVA BROADWAY. The show was scheduled to be hosted by singer, actress and National Viva Broadway Ambassador Bianca Marroquin, with performances from Broadway stars.

VIVA BROADWAY is an audience development partnership with the Hispanic community to help bridge the world of Broadway with Latinx audiences around the country. The long-term initiative aims to increase awareness about Broadway while culturally enriching lives, bringing families together, and building new careers in the theatre. VIVA BROADWAY organizes special events such as concerts and panel discussions in order to benefit initiatives that bring more families and students to shows and facilitate conversations between the Hispanic community and Broadway community. For more about VIVA BROADWAY, visit www.viva.broadway.

Performers at this year’s show included: Kathryn Allison (from “Aladdin”); Ashley De la Rosa, currently appearing in “Mean Girls”; Enrique Segura, who currently plays Ed in “The Lion King”; Mariand Torres, most recently seen as Elphaba in “Wicked”; and Ana Villafañe known for her role as Gloria Estefan in “On Your Feet!” In addition, Mandy Gonzalez (from “Hamilton”) was set to perform her new single “Amor Sin Fronteras,” from the upcoming album and book “Fandango at the Wall.”

Photos below by Jeremy Daniels from last year’s event. The show was sponsored by the Hispanic Federation with the support of the Times Square Alliance and Clear Channel Outdoor, and was streamed at www.facebook.com/BroadwayLeague. 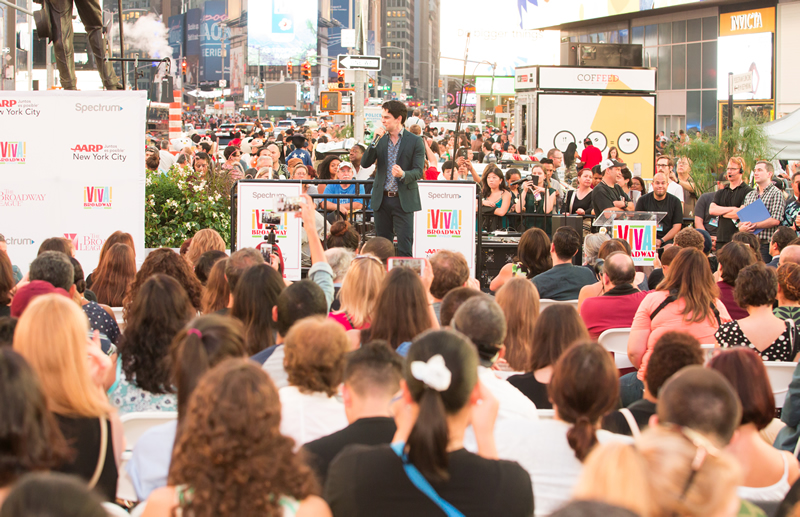 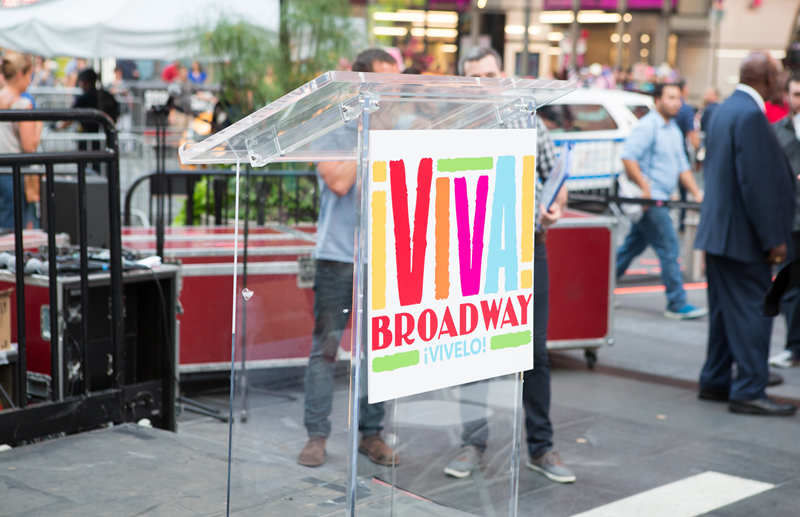