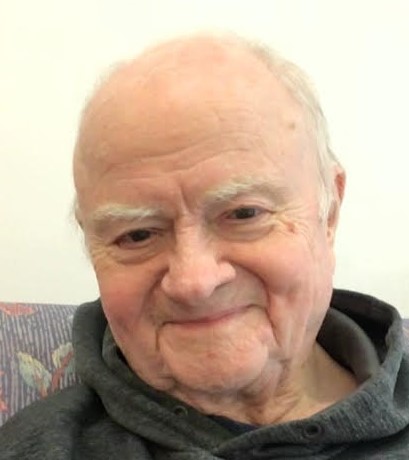 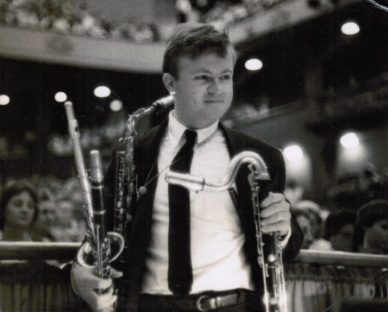 Saxophonist Walter “Wally” Kane, 87, a member of Local 802 since 1949, died on May 31. His daughter Elissa submitted the following tribute to Allegro:

Wally Kane died Monday, May 31, 2021 just shy of his 88th birthday at Teresian House Nursing Home in Albany after living with Alzheimer’s for eight years. He was the imp of Carmel Gardens East and was adored by his caretakers for his air kisses, hand holding and thank you’s all around.

Wally Kane was a big personality in a compact body. He was the pied piper of Reid Avenue, the spontaneous host for infamous parties, the fisherman who didn’t catch fish, and the funniest guy who never got the punchline out because he was laughing too hard to get there. He was a prolific studio musician in NYC and made all the music for “Sesame Street” for 40 years.

He was a great dad, a loyal and loving family man, a friend to young people and a most generous and enthusiastic home maker, craftsman, collector, cook, adventurer and boatsman. He was our hero.

On Reid Avenue in Port Washington, New York, with his wife, Mary, Wally created a warm and inviting home and with a lively circle of families affectionately called the Reid Avenue Irregulars, produced beloved traditions, hatched crazy adventures and nurtured deep and abiding love for neighbors.

As “Captain Outrageous” he fished, clammed and innately navigated the creeks and inlets of Peconic Bay with his family, friends and musician cronies by day and served a killer Beefeater martini with oysters from his stash hanging off his dock in the evening. As “safety man,” he sent us out into the wild world with the prayer, “watch out for the assholes.”

Wally was born in Brooklyn and grew up in Ridgewood, Queens where he played the fife at six because he got to wear the cool uniform, the hat with the tall feather panache and spats. Twice he received New York Times concert reviews that said he played with “panache,” which he thought explained everything.

Wally was a woodwind doubler and played all the clarinets, flutes, saxophones, bassoons and recorders. At 19 he toured with the Sauter-Finnegan Orchestra, and bandleaders Eddie Sauter and Bill Finnegan would remain his beloved mentors the rest of his life. “I just love those men,” he often exclaimed.

With Ballet USA and “West Side Story,” he and Mary toured the U.S. and Europe. Wally played Broadway shows, Barbra Streisand television specials, the Kraft Music Hall, and was in the Tonight Show band with his best friend Don Ashworth. Together the two created epic lunacy and an enduring family bond that lives on in their children. He was the baritone player with the New York Saxophone Quartet which took him to Europe and the East.

The 1960s to 1980s were a boom time for music recording in NYC, and Wally considered himself incredibly lucky to be one of the few go-to reed players for session dates with recording artists, and for television, films and commercials. He worked with Frank Sinatra, Barbra Streisand, Igor Stravinsky, Stan Getz, Liza Minnelli, Leonard Bernstein, Bill Evans, Eddie Daniels, Roberta Flack, Billy Joel, Tony Bennett, Grover Washington Jr., Joni Mitchell, Moondog, Hubert Laws, Paul McCandless, Manhattan Transfer, Steely Dan, and so many others. He performed with the New York Philharmonic, NYC Ballet and at Carnegie Hall. And thanks to the lifelong membership efforts of Local 802, his pension and recording residuals supported his retirement.

But some of Wally’s most treasured and honored work was with the band that made the music for “Sesame Street” where he brought his far-out humor and technical wizardry. He’s the recorder on “Sing,” flute on “Don’t Want to Live on the Moon,” and alto sax on “Put Down the Duckie,” among so many memorable tunes from the show. In his retirement, he fly-fished the waters of Long Island’s East End and tied exquisite flies using Big Bird’s yellow feathers.

Wally is survived by his wife, “Saint” Mary, as he called her, of East Greenbush, New York; Elissa, the oldest child, and her wife Lynne, of Albany; and David, his brilliant boy, and his wife Adrienne of Port Washington. Grandchildren Nora, Samuel and Sophia all play or sing with Wally’s beautiful sound.

The Kanes have great appreciation for Wally’s caretakers, especially during a year of Covid lockdown. “Wallypop” loved and was loved by many to the end. So go out and pay for live music or — if you are so inclined — make a donation in honor of Wally to the Local 802 Emergency Relief Fund at https://erf.local802afm.org/donate.

Online condolences may be offered here.