As we celebrate Black History Month this year, we gain insights – and perhaps some inspiration – from the union’s history. 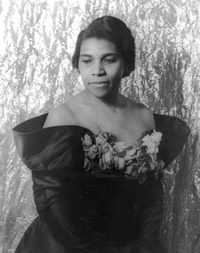 In 1939, Marian Anderson, one of the great opera singers of her decade, attempted to stage a concert at Constitution Hall. The Daughters of the American Revolution, controlled by Washington ruling families who operated the hall, refused Anderson permission to sing because they barred blacks from the hall. The discrimination rocked the press and the music world. Calls went up in support of Anderson. Denunciations rained down on the Daughters of the American Revolution.

And Local 802 joined in full. It praised Anderson. It condemned the hypocrisy of the Daughters of the American Revolution. And, rather militantly, it asserted its own stand on race.

“Local 802,” reported Allegro, “considers that the American Constitution includes the Bill of Rights and all subsequent additions, including the Thirteenth, Fourteenth, and Fifteenth Amendments. In our organization we draw no color line. Membership in our organization is open to all, regardless of race, sex, color, or creed.”

When a similar controversy sprang up around the pianist and singer Hazel Scott six years later, the local responded with more militant rhetoric.

“Hazel Scott,” said Local 802 President Jacob Rosenberg, “may not be suitable for appearance before the D.A.R. but she is entirely acceptable as a member of Local 802.”

Rosenberg added, “In our local, she has held a membership card for many years and in our midst she has been accorded every right and opportunity afforded without discrimination to all members, regardless or race or color or creed. Our constitution provides that ‘all instrumentalists’ who meet our formal requirements ‘shall be eligible for membership.’ And by ‘all’ we do mean all; we do not except those whose skin happen to be black, or brown, or yellow. Discrimination because of race or creed or color is always reprehensible; it is particularly outrageous when directed against an artist…Discrimination against the artist, then, is a double offense; it offends against human dignity and liberty, and offends again against human genius and creativeness.” 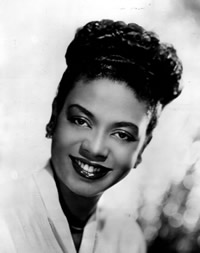 In defending Hazel Scott, Local 802 President Rosenberg protected a member, reaffirmed the union’s membership qualifications without regard to race, and asserted the position artists could take as a vanguard against racial prejudice.

Throughout the swing era, Local 802 constantly proclaimed itself a union that drew no color line. It defined itself as a union open across race and operating to ensure racial equality and did so with notable consistency. In March 1936, Allegro described the local as one “which opens its doors to all workers in our industry regardless of race, sex, color, creed, social, economic or political opinion.”

In January 1939, the administration defined itself similarly. Asking, “What is Local 802?” it responded, “Local 802 is a trade union organization composed of men and women of many nationalities and religions and colors. In our ranks are to be found Gentile and Jew; Catholic and Protestant; Negro and White; Americans, Germans, Italians, Spanish, and many other nationalities.”

President Rosenberg launched occasional tirades against racism. In 1943, for instance, he wrote: “Jim Crowism must be outlawed everywhere; acts of brutality against Negroes should be severely punished.” Anti-racism stood at the center of Local 802’s objectives.

Finally, the local protected its African American members against discrimination. In the fall of 1944, for instance, Paul Baron, a popular white bandleader, secured an engagement to play on the Chesterfield Radio Program. The employer, MCA records, advised Baron against bringing several black sidemen to the date, and Baron fired four black musicians from the job. The union responded:

“Since our constitution and bylaws definitely provide that no member of the local can be discriminated against because of race, creed, color or political opinion,” Local 802 Secretary William Feinberg telegrammed Baron, “we hereby are ordering you to take steps to employ the four following members: Teddy Wilson, Specs Powell, Charles Shavers and Al Hall.”

The next day, whether through the union’s efforts to publicize the story or the attention the swing musicians generated, the New York Amsterdam News drew attention to the event. Under an article called “Local 802 Asks Why 4 Crack Harlem Musicians Are Barred,” the paper quoted Feinberg’s telegram to Baron and attacked the employer:

“Blame for the Jim Crow tactics was placed on both MCA (Music Corporation of America) and the Liggett and Myers Tobacco Co,” noted the paper. Under pressure from Local 802 and the media, Baron and MCA consented and reemployed the four Harlem musicians.

Even in the swing era, African-American musicians never entirely eliminated discrimination in the music industry or even in the union itself. Black musicians fought for several more decades to win integration into white Broadway pit bands. Many black musicians remained exploited by club owners and booking agents, by leaders and record companies. Many found it difficult to get the highest paying employment, in theatre pits, hotels and radio stations, with the union insensitive to their exclusion. Some still perceived the union as the corrupt organization it had been in the early 1930s.

But, by any measure, black musicians of the swing era took their place in Local 802. They became a more important part of the membership and pushed the union to respond to their concerns.

It might be tempting to see this change as just that of the leadership or only a result of the cultural and political world of the swing era. But many black musicians had long agitated for increased representation in the union, and they continued to do so during the swing era. The popularity of swing, the progressive politics of the leadership, and reforms in government that brought more power to the union magnified this activism, bringing the political struggles of black musicians to wider attention and fueling further action. And in doing so, these factors allowed black musicians to more fully assert their place in Local 802 and more successfully demand it give them their due. Having become professionals, black musicians became full members.

This article was condensed and edited from a thesis written by Jacob Goldberg for Amherst College in 2008, entitled “Swingin’ the Color Line: African-American Musicians and the Formation of Local 802.” The thesis is available as a book for purchase at www.lulu.com.