Harvey Mars is counsel to Local 802. Legal questions from members are welcome. E-mail them to hsmlaborlaw@harveymarsattorney.com. Harvey Mars’s previous articles in this series are archived at www.harveymarsattorney.com. (Click on “Publications & Articles” from the top menu.) Nothing here or in previous articles should be construed as formal legal advice given in the context of an attorney-client relationship. 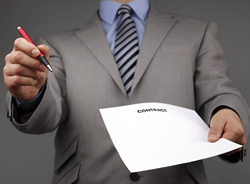 Until recently, a more compelling reason existed for unions to seek an extension of their collective bargaining agreement. Until 2012, for over 50 years NRLB precedent held that an employer would not have to abide by an expired collective bargaining agreement’s dues checkoff provisions. The impact of that decision was that without an extension agreement, a union could be financially crippled by an employer who simply decided not to remit dues to the union. The union would be relegated to seeking direct payment. During the course of a job action or lockout, the failure to receive dues could be fatal. Fortunately, the NLRB reversed this rule in WKYC-TV, Inc. and NABET, Local 42, 359 NLRB No. 30 (2012). It is now no longer permissible for an employer to withhold dues deductions remitted under an expired collective bargaining agreement.