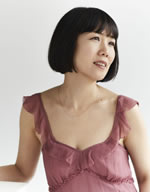 I joined Local 802 after I recently recorded my first CD here in the U.S. My musical goal is to become a true bridge between NYC and my home country of Japan, where my nickname was the “bravest jazz musician” because of my career path. I didn’t go to music school. I stepped down as editor-in-chief of a popular magazine to become a jazz musician at age 30. After the Great East Japan Earthquake of 2011, I was given a scholarship from the Japanese government and I chose to come to New York. I can’t tell you how awful the earthquake was. But it also showed me the power of music. Music was the strongest tool that people utilized to get back to normal life. Ever since I was a teenager, I’ve been passionate about creating a society where as many people as possible could be happy, and the earthquake connected me even more strongly to music. Being a jazz musician in NYC has been very special. As the associate producer of the Vanguard Jazz Orchestra, I shared two Grammy nominations. Last year, I led my big band at Birdland and found out that I was the first Japanese female big band leader to perform there since NEA Jazz Master Toshiko Akiyoshi stopped playing her regular gigs in 2003. It was a big honor! Now I am the leader of the Miggy Augmented Jazz Orchestra. I compose, arrange, teach and also play the piano.